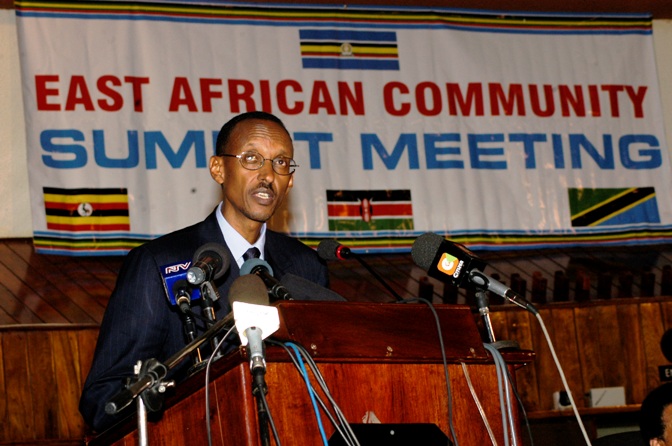 ROAPE has long published the latest and most damning scholarship concerning Rwanda and the crimes of President Paul Kagame and the RPF. In this blogpost, Sam Broadway follows on from the work of Reydams, Reyntjens and others previously published by ROAPE, taking issue with the work of mainstream journalism in establishing and reinforcing the historical record.

In the most recent reporting on Rwanda, corporate journalists have once again proven themselves – in as few words as possible – to be little more than perfect, strategic allies of the country’s dictator, President Paul Kagame.

These reports, particularly those found in Al Jazeera, the Guardian and the New York Times, center on the arrest of Paul Rusesabagina, whose heroic acts during the 1994 genocide inspired the 2004 Don Cheadle film, Hotel Rwanda and who has since become one of President Kagame’s earliest and most outspoken critics. Rusesabagina is charged with founding and financially supporting the National Liberation Forces (FLN), an armed wing of the MRCD opposition party responsible for multiple attacks in the southern and western districts over the past few years.

While Rusesabagina has maintained that the FLN is not a terrorist organization—as it has been argued by the prosecution—he has confessed to supporting the MRCD (Rwanda Movement for Democratic Change) as well as its armed wing. However, it must be emphasized that this confession followed his (likely) illegal abduction from Dubai and nearly a month in jail without access to family or a lawyer of his choosing during which he required medical attention on multiple occasions. But while the details of Rusesabagina’s case are decidedly interesting in and of themselves, it is really the manner by which this story has been reported that is—at least to those acquainted with the mounting evidence for the emerging truth about the events before, during and after 1994—most significant.

The mainstream, corporate press has been somewhat fair in their framing of the circumstances of Rusesabagina’s arrest. But it is not the presentation of the ‘new’ that is troublesome in these latest reports, rather it is the old. Corporate outlets have taken entirely for granted the official, government narrative of the 1994 genocide, ignoring the outpouring of scholarship that points to a refutation of this narrative, and have misrepresented—with as few words as possible—what a growing few already know about Rwanda under Paul Kagame and his RPF (Rwandan Patriotic Front).

Mainstream reporters and their editors have been extremely selective in their recounting of the events of 1994. With near unanimity, major outlets, including the New York Times, the Guardian, and CNN have employed language that necessarily reinforces the historical, ethnic and political dynamic preferred by the RPF as illustrated by the government’s official narrative. Admittedly, CNN followed suit with Al Jazeera stating that ‘800,000 Tutsis and moderate Hutus died,’ lumping the two groups together; though, unlike Al Jazeera, they added that the genocide was ‘led by extremist Hutus,’ mitigating any dialectical difference inherent to this more vague reading. Much worse, were the other media house’s use of the words ‘and some‘ preceding ‘moderate Hutus.’

The description of Hutu victims as being predicated on their being ‘moderate’ is, to those better informed, quickly becoming particularly irrelevant. It is, rather, the diminution–bordering on complete erasure–affected by ‘some’ that is most condemnatory as it serves perfectly to maintain a narrative generated for the benefit of an entrenched president that the press simultaneously and quixotically refers to as an authoritarian. While the ledes of workaday journalists only leave a little something to be desired, their nut grafs are both morally and ethically abysmal. Perhaps, this is not a surprising nor a unique opinion, as those who are experts in the field certainly recognize the obvious reality that mainstream journalism is largely, if not entirely, disarticulated from scholarship concerning the countries for which they are ostensibly scribbling the first lines of history.

Journalists, such as Jason Burke, Alan Cowell, and David McKenzie, are clearly oblivious to the past several years of scholarship and even the investigative journalism done by one of their own colleagues, Judi Rever. Perhaps, it is folly to expect this of those individuals writing so many short pieces on such extensive geographic expanses to bother with any light reading on the locations they are tasked to cover. (Keeping this in mind, resource starvation and subsequent overwork can be thought of as a mechanism by which contemporary journalism in its corporate manifestation perpetuates a neoliberal worldview). Had these reporters, or their editors, been familiar with the work of such individuals as Filip Reyntjens, Luc Reydams or Judi Rever, they would have thought twice, or perhaps even engaged in a newsroom debate (if they were blessed with the time required to do so), about the figures they so ritualistically quote.

Of course, I am not here challenging the historical fact of the genocide against the Tutsis; I am in concurrence with those scholars to which I referred to above, having based my views on their research, which merely challenges the singularity of the 1994 ‘Genocide Against the Tutsis’ narrative, broadening the discussion to more fully include the quantity and quality of Hutu death and suffering, to raise questions regarding the allocation of responsibility for the ignition of the genocide, i.e. the shooting down of the presidential plane on 6 April, 1994, as well as investigating those deadly events tangential to the infamous three months of that year.

Each of the three scholars listed above (Rever, Reydams and Reyntjens) offer unique contextual contributions to our, greater, understanding of Rwanda, the RPF and President Kagame himself. Through numerous interviews in addition to materials leaked to her from the ICTR’s (International Criminal Tribunal for Rwanda) own investigation into the RPF’s war crimes, Rever meticulously documents the untold story of what can be described–though it is quite contentious to say–increasingly as a double, or parallel, genocide of Rwanda’s Hutu population by the RPF, beginning around the same time and, in some cases, lasting well after June 1994. I will not bother quoting the numerous instances by which the RPF orchestrated the culling of rural Hutus; it is sufficient to emphasize from her findings, which suggest, as her various sources attest, that as many as several hundred thousand and as many as one million Hutus lost their lives. But whereas the FAR’s (the Forces armées rwandaises was the national army of Rwanda until July 1994) actions appear to have been as chaotic as they were widespread, the actions of their rebel counterparts appear to have been highly organized and systematic.

In a recent article, Rwanda scholar, Susan Thomson, writes that ‘legal and scholarly evidence to support a claim of a double genocide is nonexistent.’ In contrast, Rever’s work clearly, and reliably, shows that, rather than merely being unfortunate collateral damage, Hutus were indeed singled out in numerous mass killings for which documentation undeniably exists, which is certainly enough to support a claim despite falling short of definitely proving that a double genocide did in fact happen. Thomson refers to those espousing a ‘double genocide’ theory as ‘fringe academics and journalists,’ lumping them together with the fascist Hutu Power group; she is right to say so, excepting that certain hypotheses always remain fringe until adequate evidence accumulates to support it, a trend that the ‘parallel genocide’ hypothesis seems to be following.

Citing census data, Luc Reydams challenges the official Tutsi death toll estimate (i.e. of 800,000 to 1,000,000), arguing that the real figure is likely closer to half this amount, meaning that the remainder of the unidentified, likely mostly Hutu, dead roughly concurs with those figures presented by Rever. Rever does not explicitly challenge the 800,000 Tutsis figure as her task is restricted to the crimes of the RPF, whereas Reydams challenges both the overall and Tutsi total.

Thirdly, the scholarship of Dr. Filip Reyntjens of the University of Antwerp demonstrates the existing, and considerable, evidence of the RPF’s role in the shooting down of President Habyarimana’s plane. Again, for sake of brevity, I will abstain from quoting his research, sufficing to summarize three of his main points: 1) only the RPF was in possession of the specific type of weaponry used, 2) this weaponry was transported from RPF headquarters in Mulindi (a village in the north of Rwanda) to Kigali and 3) the most likely site of the firing of this weaponry was from territory controlled by the RPF and not the Hutu government forces. (In light of reading Reyntjens’s work, the RPF’s accusation that Hutu extremists were responsible for assassinating not one but two Hutu presidents seems nearly politically oxymoronic.) Moreover, Reyntjens points out that while the RPF has repeatedly fought to end, as expediently as possible, all investigations into the assassination, the (FAR) has only asked for their continuation.

Taken together, the research of Rever, Reydams and Reyntjens, points to the necessity, at an absolute minimum, of questioning the validity of those disastrously few words which corporate journalists use to inform their readers about Rwanda. By excluding even a brief gloss of that work which goes beyond what typical mainstream journalists are able and expected to do, journalism utterly fails to have a cumulative, or even essential, effect. Through sheer ignorance–or perhaps an unconscious, hopeful commitment to merely avoid the unnecessary rocking of the boat–journalists defeat their own purpose by failing to adequately inform their audience and, by in doing so, engage a greater international audience concerned about the goings-on in Rwanda; though, of course, the problem is not restricted to this tiny East African country alone.

It would seem that, in the minds of most journalists covering Rwanda today, that things really only started to deteriorate in 2015 when the constitution was successfully amended to allow President Kagame a third, fourth and even fifth term; though, even this event does not seem to be squarely on the press’s collective radar. Without a more mainstream debate about the true history of Rwanda, one cannot expect new straws, like the abduction and arrest of Rusesabagina, to ever break the camel’s back.

As Reyntjens writes in response to the July ruling of the Paris Court of Appeals, ‘the ‘court of history’ can and must continue its work.’ With all their faults, being it ignorance, a dearth of courage or worse, the mainstream press has, in the case of Rwanda, abdicated their role in such a court. Given its rote reproduction of a narrative utterly lacking in historical dynamism—and therefore containing little of any use to anyone other than the very dictator at whom their work is ostensibly aimed—contemporary corporate journalism cannot be viewed as simply a benign entity. Indeed, it is a rather dangerous amnesiac.

Sam Broadway worked in Rwanda from 2013 to 2015. His primary academic interests are sub-Saharan African politics, socialism, and documentary photography, particularly in Ghana, Uganda, and Rwanda.