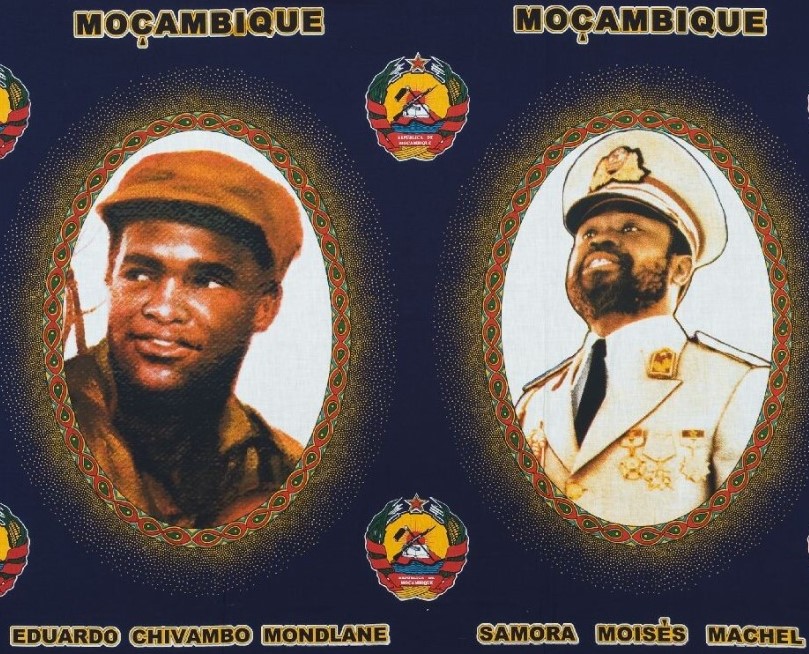 ROAPE’s John Saul calls for a serious consideration of assassinations and executions in the analysis of Africa. Based on his two-part article in the print version of ROAPE (available to access for free), Saul argues that assassinations are key moments in African politics and deserve proper attention and debate.

‘…A gun shot in the middle of a concert [is] something vulgar; however, [it is] something which is impossible to ignore,’ writes Stendhal, the greatest of political novelists. The same is true of death – especially death by assassination and death by execution – in the political analysis of Africa. For, as I have argued in the Debate section of the current print-version of ROAPE (which can be accessed for free here and here), such intrusions of planned and orchestrated deaths are seen to have provided key moments in African politics (and, not least, in Mozambican politics). And yet such moments have too seldom been allotted the theoretical attention they warrant or debated with the seriousness they deserve. In the ROAPE two-part Debate different ways of approaching this matter are discussed (with some reference made to Thomas Carlyle, Georgi Plekhanov, and Sydney Hook’s provocative book from the 1940’s entitled The Hero in History: A Study in Limitation and Possibility).

That Hook was fully aware of the necessary tension he evoked is evidenced in his volume’s sub-title (see above). Indeed, as he wrote in Ch. 6 of his book, ‘The Framework of Heroic Action’ :

Whenever we are in position to assert that an event-making man [sic] had had a decisive influence on a historical period, we are not abandoning the belief in causal connection or embracing the belief in absolute contingency. What we are asserting is that in such situations the great man is a relatively independent historical influence – independent of the conditions that determine the alternatives – and that on these occasions the influence of all other relevant factors is of subordinate weight in enabling us to understand or predict which one of the possible alternatives will be actualized. In such situations we also should be able to say, and to present the grounds for saying, that if the great man had not existed, the course of events in essential respects would in all likelihood have taken a different turn…[Indeed] the fact that [we] can offer grounds for believing what the historical record would be like, if some person had not existed, or if some event had not transpired, indicates that in the realm of history, as in the realm of nature, pure contingency does not hold sway. Contingent events in history are of tremendous importance, but the evidence of their importance is possible only because not all events are contingent. [In fact] the whole answer to our inquiry depends upon the legitimacy of our asking and answering – as indeed every competent historian does ask and answer – what would have happened if this event had not happened or that man had not lived or this alternative had not been taken.

How, then, to think about individual’s actual role in history and the significance of his/her presence or absence (if removed from history either by assassination or by execution, say) and attempt to assess the significance of that presence or absence. Unavoidably speculative, needless to say, but surely instructive as Hook’s chapter 7, ‘If’ in History,’ and his account of Lenin’s role in the making of Russian Revolution in chapter 10 (‘A Test Case’) testify.

In fact, the kind of debate that this literature would seem to invite is also exemplified when examining the two most pertinent of assassinations – those of Eduardo Mondlane and Samora Machel – that have scarred Mozambique. For here were two African ‘heroes’ – amongst many others from elsewhere in Africa – whose abrupt removal from Mozambique’s (and, more generally, from Africa’s) history made a real difference. Thus, Mondlane’s removal marked the silencing of a powerful liberal-but-left political voice among the FRELIMO leadership that might have helped moderate the pull exerted by the movement’s/ruling party’s high-handedness and all too wilful vanguardism. Was Herb Shore correct to note that FRELIMO’s unity was crucial, thanks to the fact that Mondlane and his immediate colleagues ‘avoided the imposition of rigid dogma and hierarchy, and constantly allowed for the interplay of conflicting views and positions’! Was this an anticipation of what politics under Mondlane’s leadership might have looked like had the latter lived to see Mozambique through to independence?

How important, in short, was this assassination – this sport of history – in defining the shape that Mozambican politics ultimately took? As for Machel’s apparent assassination (in a plane crash carefully orchestrated, it would seem, by the apartheid state) came at a point where he himself seemed poised to act firmly against some of the comfortable authoritarianism and inefficiencies that had come to dog FRELIMO’s rule in his later years of command. What then – the Debates pieces ask – can we learn from informed speculation as to the difference such an assassination might have made to longer term outcomes, both Mozambican and continental: what, in short, can we learn about the silences of the present from a closer examination of the ‘what ifs’ of history.

A second section, also focussed on the history of Mozambique, then seeks to examine as well the broader meaning of ‘execution as a mode of governance’; and this in turn spawns a re-examination of FRELIMO ’s secret executions, sometime in the first decade of Mozambican independence, of Uriah Simango, his wife and a number of his colleagues who had been, as specified here, the movement’s internal opposition in exile in Tanzania in the 1960s. In particular FRELIMO ’s studied silence in evading ever since virtually any acknowledgement, let alone explanation, of these killings is as startling as the executions themselves. Thus, speaking some 20 to 25 years after the event and doing so for the first time in public, senior politician Marcelino dos Santos gave, in an TV interview, a particularly chilling acknowledgement of the executions and of the official silence that continues to shroud them:

Because one must see that at that moment, and naturally, while we ourselves felt the validity of revolutionary justice, the one built and fertilised by the armed struggle of national liberation, there existed, nonetheless, the fact that one had already formed a state, albeit one where FRELIMO  was the fundamental power. So it was this that, perhaps, led us, knowing precisely that many people would not be able to comprehend things well, to prefer to keep silent. But let me say clearly that we do not regret these acts because we acted with revolutionary violence against traitors and traitors against the Mozambican people.

‘Many people would not be able to comprehend things well’! Really? But, one is forced to ask, does this notion of the people’s unreadiness to understand ’our‘ version of the truth – as well as the whole process of studied silence about the executions – not reflect the self-righteous vanguardism alluded to above? And was this not something that would continue to haunt FRELIMO political practice right up to the present moment? Perhaps, too, the stunning silence that has surrounded such murky matters of old has merely set a precedent throughout the Mozambican polity for the most callous of solutions to more recent socio-political tensions.

It seems important, therefore, to conclude with an examination of the wave of ‘mafia-style killings’ that has haunted Mozambique in the early decades 21st century…and ever since the cruel assassination of crusading journalist Carlos Cardoso in 2000. For Cardoso’s killing merely foreshadowed what has since come to be called ‘Mozambique’s quiet assassination epidemic.’ Thus, the authors of the ENACT article who first introduced this phrase, Rupert Horsley and Simone Haysom, (see their ‘Mafia-style crimes – Mozambique’s quiet assassination epidemic,’ Enact Observer, April 30 2018)  catalogue nineteen such assassinations between October 2014 and March 2018. And these authors also have other sections of their article which bear suggestive titles like ‘Assassination is a tool that allows for the manipulation of individuals, institutions and society at large’ and ‘There is a growing awareness of the inextricable mix of corruption, politics and violence in Mozambique’!

In fact, they conclude their piece with a studied understatement: ‘Assassinations in Mozambique are a worrying sign that violence is increasingly preferred to dialogue‘! Or, as a recent issue of Democracy Index adds (in an article entitled ‘Mozambique falls on democracy index, gets classified as ‘Authoritarian’) with respect to Mozambique: the ‘arrest of [journalist) Amade Abubacar in Cabo Delgado, and his ongoing illegal detention in a military barracks, [making] an ‘authoritarian designation [of the country] seem even more apt’! Meanwhile other such cases are seen to reflect the apparent ‘incapacity and/or unwillingness of Mozambican justice to hold its own powerful people to account.’

‘Mozambique’s quiet assassination epidemic’ is a chilling phrase then, but further investigation of the facts behind forces to the surface the question of just how we should choose to interpret such recent unsavoury phenomenon. But this is, in any case, just one more question that springs, for me, from my present ROAPE two-part Debate: who? when? where? and with what broader implications? In short, there should be enough kindling to fire quite a pretty meaningful debate about Mozambique…and more generally, nao é a verdade?

John Saul’s two-part Debate in the print issue of ROAPE on the implications of assassinations and executions for Africa politics and history can be accessed for free here and here.

Featured Photograph: shawl with portraits of Eduardo Chivambo Mondlane, founder of Frelimo, killed in 1969 and Samora Moisés Machel, his successor killed in 1986 (15 September 2019).