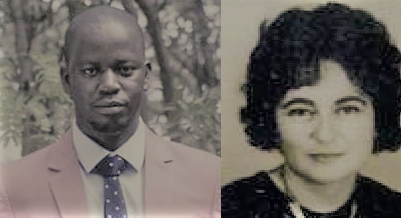 The Editorial Working Group of the Review of African Political Economy is pleased to announce the 2019 winner of the Ruth First prize. The prize is awarded for the best article published by an African author in the journal in a publication year.

This year, the prize was awarded to Paddington Mutekwe for his article ‘Resistance and repression in Zimbabwe: a case study of Zimplats mine workers’. It was published in ROAPE Volume 46, Issue 160 in Autumn 2019.

Paddington Mutekwe is a PhD candidate in the Department of Sociology at the University of Johannesburg (UJ). His doctoral research investigates the dialectical relationship between resistance and repression in Civil Society Organisations in Zimbabwe between 2000 and 2020. He is a member of the UJ Centre for Social Change (UJCSC). His research interests include issues related to social movements, resistance, race, class, labour and politics.

He holds a master’s degree in Industrial Sociology from UJ that investigated subterranean forms of workplace resistance at Zimplats between 2000 and 2016. Paddington has worked as a research assistant with the UJCSC, as a tutor and currently as an assistant lecturer in the UJ Department of Sociology.

The article can be read for free until July 2021 and can be accessed here.