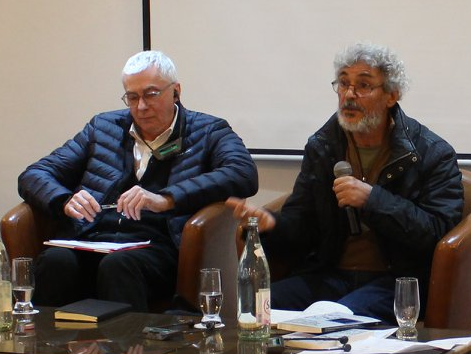 In a review of Food Insecurity and Revolution in the Middle East and North Africa: Agrarian Questions in Egypt and Tunisia, by Habib Ayeb and Ray Bush, Bettina Engels argues that the authors make a major contribution to countering the widely held notion that the peasantry is politically passive. The book also considers the vital role that family farmers played in the 2010 and 2011 uprisings in Egypt and Tunisia.

Popular protests, insurrections, regime changes and revolutions are mostly associated with urban people, be it the so-called middle classes or the poor masses. Mainstream and also many critical scholars still consider the peasantry to be somehow politically passive, concerned with satisfying all-day basic needs and hardly able to organize collective action or to make political demands. This holds particularly true when it comes to Africa and the MENA (Middle East and North Africa) region.

The Middle East and North Africa represents rather a blind spot in critical agrarian studies. The new  book by Habib Ayeb and Ray Bush contributes to three fields of research: to critical agrarian studies by analysing rural class structures and the potential of the peasantry for radical transformation; to research on regime change and revolution by revealing the agency of small-holder peasants; and to studies of the MENA region, particularly of the uprisings that have been referred to as the ‘Arab spring’.

Ayeb and Bush investigate the political economy of agriculture and food in Tunisia and Egypt from a multi-scalar perspective, taking into account global food regimes and the policies of IFIs (International Financial Institutions), historical pathways and political dynamics on the national scale, rural-urban relations, and not least, the agency of the peasantry. They demonstrate how family farmers in both countries rejected the IFI and state policies, and as a consequence disabused governments, donors and mainstream researchers who claim that food security will be reached without the involvement of small peasants. Consequently, the book concludes with making a case for food sovereignty, which they understand as ‘a process without an end […] that promote peasant and small farmer demands for autonomy and control over food production and consumption’ (p. 149).

Theoretically, the analysis builds on historical materialism, dependency and world system theory, notably on Samir Amin’s work, on the food regime approach and on class analysis. As opposed to Henry Bernstein and others, the authors adhere to the term ‘peasant’ and to analysing the inner diversity of the peasantry and the multiplicity of activities that people in rural zones carry out from a perspective of class antagonism, hence rejecting the concept of ‘classes of labour’. They show that the peasantry does not fade away, as it is assumed by modernisation theory and several scholars in agrarian political economy, but that ‘family farmers and small-scale farming persists […] and is not entirely subordinated to the market: self-provisioning remains a crucial lifeline for small-scale farmers’ (p. 13).

A major contribution of the book consists in revealing the crucial role that family farmers played in the 2010 and 2011 uprisings in Egypt and Tunisia. If they had taken note of the agency of the peasantry and their potential for resistance and uprising, observers would not have been as surprised by the turmoil, the book argues. In fact, the peasantry has been a driving force in the uprisings. According to Ayeb and Bush, this can be explained by a ‘double social and spatial marginalisation’ (p. 56) of farmers. The fact that the uprisings were largely spontaneous (‘social non-movements’, in Asef Bayat’s term) turned out to be an advantage and obstacle at the same time: while the lack of a formal organisation or a revolutionary party made it difficult for the authorities and security forces to pursue and repress the insurgents, it also allowed the old elite to rapidly recapture power.

The book provides outstanding insights for recent debates in critical agrarian studies, for research on insurrections, rebellions, and revolutions, and for studies of the MENA region. The analysis combines profound knowledge of agrarian Marxism on the one hand, and of rural transformations in Tunisia and Egypt on the other. It is rich in empirical data, though qualitative primary data could have been referred to even more comprehensively. The book’s particular merit is to relate agrarian change to rural and urban struggles for radical transformation. It links local struggles and rural inequality to national politics and global structures and processes, both macro-historical ones (food regimes, IFI influences, North-South relations) and more short-term events such as the 2007/2008 food price crisis.

Food Insecurity and Revolution in the middle East and North Africa. Agrarian Questions in Egypt and Tunisia, by Habib Ayeb and Ray Bush (Anthem Press, 2019) is available here.