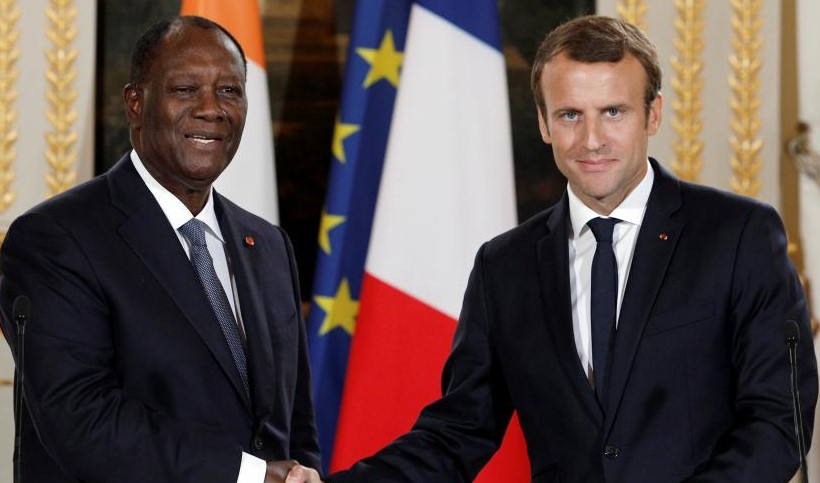 As part of our series on the Tunis workshop, Ndongo Sylla focuses on the CFA franc, one of the most tangible elements of the ‘colonial pact’ in Africa. Under French control the currency continues to circulate in fourteen African countries divided into two monetary zones in West and Central Africa. Despite an announcement in December 2019 of changes to the currency, the most critical aspects of this colonial monetary arrangement remain in place.

Articulating anti-imperialist, decolonial and post-capitalist analytical frameworks, participants to the Political Economy, Knowledge, Solidarity and Liberation: From Asia to Africa workshop in Tunis had stimulating exchanges on various subjects: the need to decolonize knowledge and the institutions that produce it, such as universities; the rediscovery of silenced intellectual traditions such as pan-Maghrebi economic thought; the resurgence of racist discourse and dehumanizing norms in the Western world; the ongoing aggressions of the capitalist-imperialist system against peasant agriculture in the Global South; the revival of colonialism as expressed through free trade agreements; the challenge of weaving broad solidarities, including feminist solidarities, across borders.

As part of this collective intellectual and activist effort, my contribution focused on one of the contemporary manifestations of colonialism: the CFA franc, one of the most tangible elements of the ‘colonial pact’. This is a term originally referring to the division of labour between metropolis and colonies and subsequently to the persistence of colonial links and logic after the latter gained their formal political independence.

When it was created in 1945, the CFA franc originally meant franc des colonies françaises d’Afrique. Having survived African independence, it continues to circulate in fourteen African countries divided into two monetary zones in West and Central Africa. Despite the Africanisation of its management in the 1970s, it is still governed by the operating mechanisms inherited from the colonial period. In addition to the manufacture in France of CFA franc banknotes and coins, it is the French government that decides on the parity of this currency. The latter is represented with a right of veto in the bodies of the two central banks that issue the CFA franc. It also holds half of the foreign exchange reserves of African countries in return for a financial guarantee that has rarely been effective.

A taboo subject for many years, invisible in western media and academic writings, the CFA franc has gradually imposed itself in public debates thanks to a significant mobilization of pan-Africanist movements and intellectuals from the continent and the diaspora over the last five years. It is now difficult for scholars focused on the region to remain indifferent.

Faced with growing pressure from African public opinion, President Emmanuel Macron, who initially wanted to ignore the growing movement, declaring it a ‘non-issue’ for France, eventually conceded that the time had come to turn the page. Thus, on 21 December in Abidjan, Emmanuel Macron, alongside his Ivorian counterpart Alassane Ouattara, announced a ‘historic’ reform of the CFA franc which circulates in West Africa, excluding for the time being its equivalent in Central Africa. From now on, France will no longer have representatives in the Central Bank of West African States (BCEAO) and the latter will no longer be obliged to deposit its foreign exchange reserves with the French Treasury. Finally, the CFA franc will be renamed ‘Eco’. It is on the basis of these three announced changes that the presidents of France and Côte d’Ivoire proclaimed with great pomp and ceremony the ‘end of the CFA franc’.

Clearly, mere political declarations are not enough to put an end to nearly 170 years of monetary colonialism. Let us recall that French monetary domination can symbolically be dated back to 1853 with the creation of the Bank of Senegal, a colonial bank based in Saint-Louis (Senegal). An ancestor of the BCEAO, the bank was established thanks in part to the funds of former French slave owners who had received reparations from the French state following the abolition of slavery in 1848. Activists have drawn attention to this colonial past to shed light on the current neo-colonial function of this arrangement.

Presidents Macron and Ouattara sought to pull the rug out from under the movements contesting the CFA franc by attacking some of its most embarrassing symbols: the name, French representation at the BCEAO and direct French control of the foreign exchange reserves of African countries. Despite the announced changes, the most critical aspects of this colonial monetary arrangement remain in place, such as fixed parity with the euro and the freedom of transfers. Far from being upended, the neo-colonial link has now been formalised through the renewal of the not-yet-published monetary cooperation agreement signed between the French government and the eight countries that use the CFA franc in West Africa.

What are some of the possible alternatives that could put an actual as opposed to merely symbolic end to the CFA franc? During the workshop, the question was raised as to whether the ECOWAS (Economic Community of West African States) fifteen-member single currency project could be this alternative. Though many pan-Africanist intellectuals have advocated for this alternative, the medium-term feasibility of such a project is questionable. On the one hand, France, allied with Côte d’Ivoire and Senegal, does not seem ready to part with its monetary empire and would even like to extend it to the other countries of the region, a region that has witnessed a strengthening of French military presence. One can see the decision of the CFA franc states to rename the currency ‘Eco’ (a diminutive of Ecowas) in this light. It constitutes a violation of the roadmap agreed by ECOWAS, as subsequently pointed out by Guinea and the five English-speaking countries (Gambia, Ghana, Liberia, Nigeria and Sierra Leone). On the other hand, Nigeria’s attitude does not seem to be reassuring. Its decision to close its trade borders with some of its neighbouring countries is seen by some as a blow to regional integration and a bad omen for the feasibility of a regional single currency project.

Independent of the question of the feasibility of a single regional currency, the question of its desirability also deserves to be asked: will African populations really benefit from a single currency modelled on the euro? The answer seems to be a resounding ‘no’ considering the impact this would have on restricting states’ budgetary margins of manoeuvre, condemning them to a prolonged period of austerity when the first crisis comes along.

The monetary liberation of Africa will undoubtedly require the use of original and audacious integration schemes that are both predicated on as well as guaranteed to contribute to a break with the other facets of the colonial pact’.

Featured Photograph: On 21 December in Abidjan, Emmanuel Macron, alongside his Ivorian counterpart Alassane Ouattara, announced a ‘historic’ reform of the CFA franc.