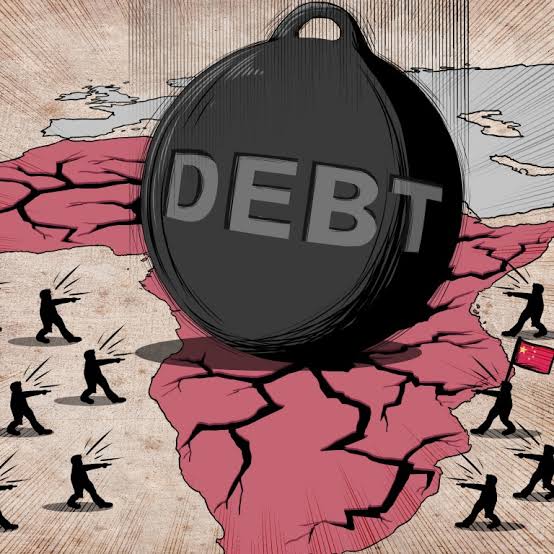 Nigerian trade unionist and activist, Lai Brown, argues that annual debt servicing in the country has a debilitating impact on the poor. In a country with poor health services, massive youth unemployment and broken health and education facilities, the Buhari regime is seeking an additional multi-billion dollar loan. The vicious cycle must be broken.

In Nigeria today a large chunk of the country’s national budget is still committed to debt servicing. This often affects state spending on other important aspects that have direct and positive impacts on the lives of working-class people such as health, education, social infrastructures and public industries.

Similarly, the huge allocations to debt servicing and continued payments of jumbo remunerations to political office holders often push governments in the regions to increase the tax burden on working-class people, especially as the capitalist crisis increases, resulting in the collapse of primary products with adverse effects on national income.

Nigeria’s foreign debt rose from US$10.3 billion in 2015 to US$22.08 billion in 2018. The African Development Bank in its African Economic Outlook (2019) stated that about 50% of the country’s revenue is now spent on external debt servicing. Concretely speaking, 2.45 trillion Naira was allocated to debt servicing in the 2020 budget out of 10.33 trillion Naira total expenditure (respectively, US$7 billion and US$28 billion).

The allocation to debt servicing has consumed a good chunk of projected expenditure. The government, in order to increase revenue largely for debt servicing and to maintain its spending on political staff, has increased the VAT from 5% to 7.5% and hiked electricity tariff by 70%. Other anti-people policies are also being rolled out. This is in a country that is yet to pay the meagre US$86 minimum wage per month, with poor health services, massive youth unemployment and dilapidated health and education facilities.

Basically, the 2020 budget expenditure was increased by 16.9% from 2019, meanwhile the allocation to debt servicing received a 12.6% increment, allocations to capital expenditure and recurrent (non-debt) expenditure got 5.4% and 21.09% increments respectively. From that it can be further established that the allocation to debt servicing will take a sizeable amount of the revenue to be generated through debilitating attacks on the living conditions of working-class people.

The allocations to capital expenditure such as health, education and other social infrastructures have also been cut. Yet the Buhari regime in Nigeria is seeking an additional US$29.96 billion loan, which some economic analysts have argued will see a further and debilitating allocation to annual debt servicing.

Increasing public debt either incurred from national finance capital or external creditors have had terrible impacts on working-class people in African states. External debts, in particular, have had dire political consequences, strengthening foreign political as well as economic control on the continent.

The hydra-headed implications of public debts in Africa have their roots in the constriction of fiscal policy space. This is because loans, particularly from international financial institutions, come with stringent qualitative and quantitative conditions. This situation is worsened by corruption. So, sections of the ruling class in control of the state feather their nests with kickbacks from the loans. The poor end up bearing the double burden of debt repayments and conditionalities and a self-serving comprador bourgeoisie.

These loans and foreign debts provide ample opportunity for imperialist powers and the local elite to influence and control sociopolitical as well as economic spaces in neo-colonial Africa. The murdered leader of Burkina Faso, Thomas Sankara, correctly captured this situation in the 1980s when he said, ‘Debt is a cleverly managed re-conquest of Africa.’

When General Muhammadu Buhari-led military junta seized power in a coup d’état in 1983, Nigeria’s external debt as was approximately US$17 billion. The regime condemned the 2nd republic politicians it overthrew for profligacy and vowed to avoid further national indebtedness. This was of course part of its strategy to win popular support and thus legitimize itself, on the basis of a nationalist agenda.

In 1986, the military junta led by General Ibrahim Babangida which overthrew the Buhari regime a year earlier in a palace coup, borrowed US$2.8 billion from the IMF. Despite posturing about a homegrown economic policy, it implemented the IMF’s conditionalities such as deregulation, privatization, free market pricing etc. These were neoliberal policies packaged into a structural adjustment programme (SAP). Following the implementation of SAP in 1986, the previous state welfare programmes were rolled back and a new anti-poor people macroeconomic era was entrenched. State Owned Enterprises (SOE) were sold off (mainly to the junta’s cronies and personnel), and a wage freeze instituted.

This method of using loans as leverage to introduce neoliberal policies is not unique to Nigeria. As we know, the story is largely the same from the horn of Africa to the coast of Madagascar and beyond. Generally, these loans were toxic, devastating for the working people in Africa.

An important question that begs an urgent answer is, why seek loans which will put a greater burden on the nation’s economy, if the jumbo payments to political office holders can be reduced by placing them on the average salaries of workers to improve public funding?

A large section of the Nigerian ruling class and their apologists often argue that the country’s debt profile is in good shape considering that the debt to GDP ratio remains supposedly low. Even some figures on the radical left lend their voices to this kind of argument. In their view, getting loans is not a problem as Nigeria can still receive three times its current debts. The problem they say is how such loans are spent. But these ‘experts’ play down the fact that loans have been used to satisfy the interests of a narrow and privileged class on the continent.

This was not always the case. In the 1950s to early 1970s, budget deficits were used to finance social services in the welfare states of Europe and the early developmental states in Africa. This was part of a broader framework of social compromise where capitalist states provided full, or near full employment, and the risks of working-class struggle was mitigated. Yet in the neoliberal era, in much of the Global South, enormous wealth is simply being siphoned by the political and economic elite.

Equally, it is both morally and politically incorrect to use the Debt-to-GDP ratio and European Union benchmarks to justify securing further loans. It must be noted that the GDP in Nigeria and many other Africa nations does not reflect actual economic performance. An idea exposed in the sham notion of ‘Africa rising.’ In a nation with a large and increasing socioeconomic gap and a minimum wage still pegged at US$50 per month, economic growth has not translated into any significant improvement in the lives of the popular masses.

It is important to note that, essentially, a low debt to GDP ratio implies the economy can produce and sell goods and services to pay back the loans without incurring further debt. Such logic itself has been exposed in Nigeria, despite the country’s low debt to GDP ratio, the country continues to borrow to service previously incurred debts. The vicious cycle continues.

If it is correct for us to seek more loans based on EU or OECD guidelines, then there must be an increase to the budgetary allocation to education to meet at least 26% target recommended by UNESCO’s and the allocation to health to 15% according to the Africa Union’s own Abuja Declaration.

To end the parasitic economic system in Nigeria and beyond, popular actions which the #RevolutionNow struggle represents, must be sustained and broadened. The struggle must be broadened in terms of mass participation of left groups and working-class people. It should also be widened in terms of interventions and programs. The anti-people programs and policies of the regime, such as electricity tariff hikes, VAT increments, poor funding of education and health, and attempts to place further economic burdens on the poor must be resisted. Radical education, including on the economy and politics, must also play a part in the system change Nigeria and the continent desperately need.

Lai Brown is the National Organising Secretary of the Automobile, Boatyards and Technical Equipment and Allied Staff Union (AUTOBATE), an affiliate of the Trade Union Congress of Nigeria.