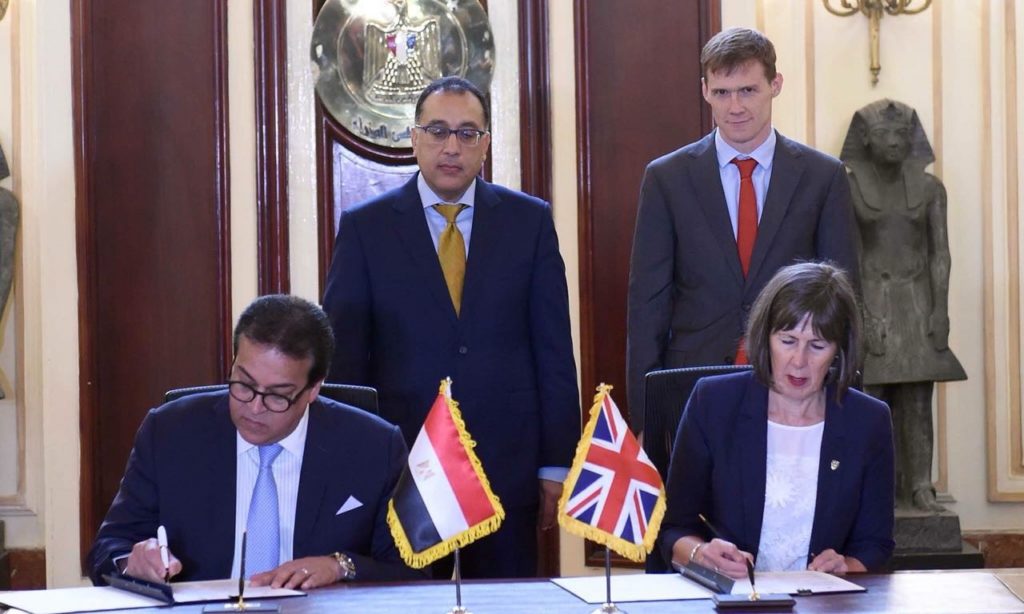 As roape.net has reported, Egypt’s military regime wants to use the collaboration with UK universities to provide cover to a deeply repressive human rights record. The credibility of UK universities helps to hide the constant abuse of academic freedoms in Egypt.

Researchers whose work and teaching is being leveraged to maximise transnational student revenues and whitewash human rights abuses are speaking out in protest at UK HE senior management’s collusion with the Egyptian regime. Over 200 academics have launched an open letter condemning the crackdown against the regime’s critics and calling for an end to ‘business as usual’ for UK Higher Education institutions operating in Egypt, following the decision by Coventry University, University of London, University of Hertfordshire and others to work with private education providers to offer their degrees in Egypt’s New Administrative Capital.

Last year, the University of Liverpool came under fire for agreeing in principle to open a campus in Egypt, but backtracked after hundreds of academics wrote to the Guardian condemning the move.

What you can do:

Read more on the background to this campaign here, here and here.

ROAPE urges our readers to support the campaign

Featured Photograph: An agreement being signed between the University of Liverpool and Egypt (25 June, 2018).