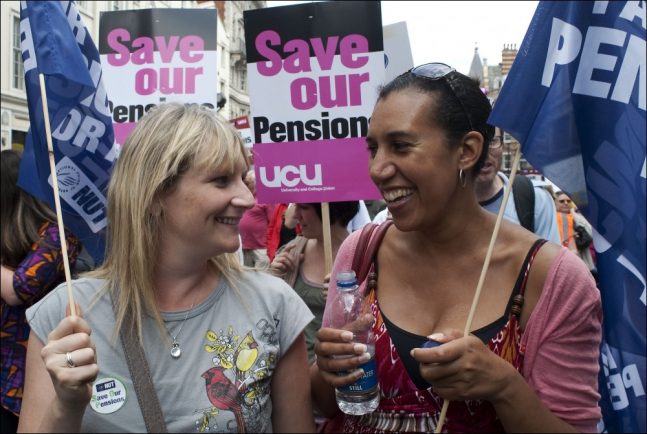 In a passionate defence of the strike action of university workers in the UK, ROAPE’s Rama Salla Dieng describes the intolerable pressures on teaching staff and the gender and ethnic inequalities within the academy. Dieng writes, ‘We are on strike to resist the marketisation of our knowledge and lives, and to build radical solidarities with our students.’

The ROAPE #TalkingBack interview series on ‘African feminism in Dialogue’ will be cancelled this week and next. This is to support the 43 Universities in the UK and Scotland, members of the University College Union (UCU) that are taking industrial action over pensions, pay and work conditions from 25 to 29 November, and from 2 to 4 December. 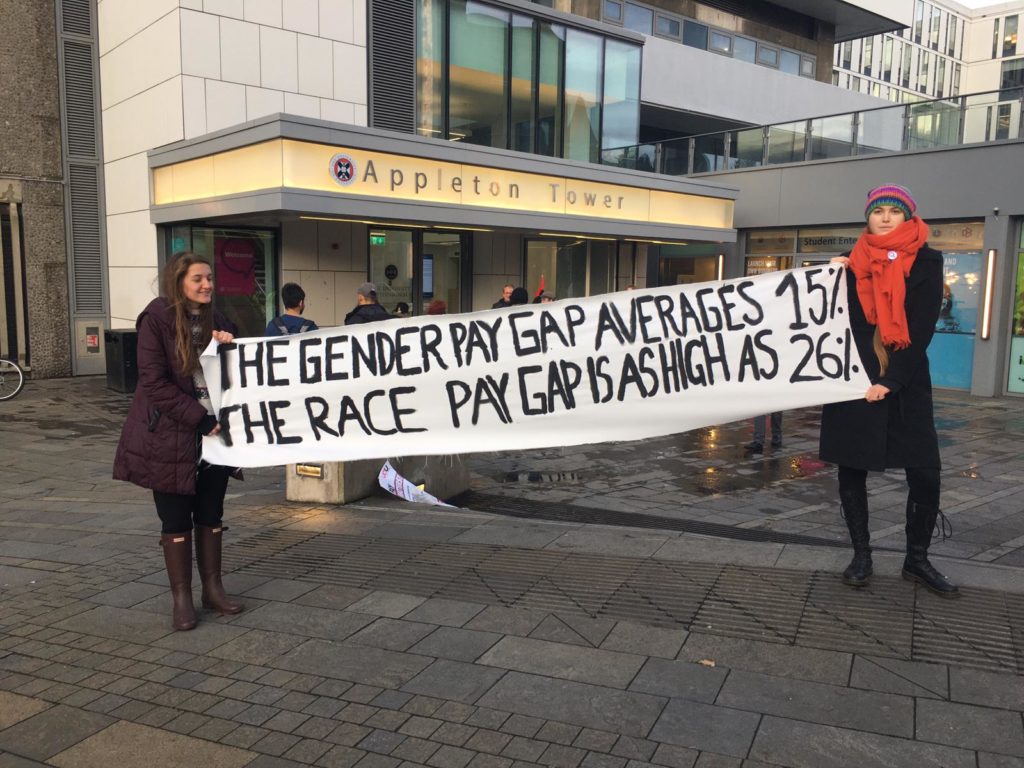 Indeed, there have been much evidence on how:

Low pay and inhumane conditions such as heavy workloads, short-term contracts and de-or under-valuation of academic work remain the main tool to casualise university staff (including support staff). The toll of casualisation is not only economic, it also has an impact on work-life balance, mental and physical health. According to UCU, over two-thirds of their respondents (71%) said they believed their mental health had been damaged by working on insecure contracts and almost half (45%) said it had impacted on their physical health.

Gender, not children, hold women academics back. Many racialised international academics face gendered stigma and prejudice in academia, including bias in student evaluations. At a personal level I have experienced gender-based violence and racism on many occasions throughout my short academic career.

The hostile environment is adversely affecting international academics,  professional staff, PhD students and their families. My family and I have continuously experienced the effects of the hostile environment on many occasions as well. The last events to date were, i) not being able to travel back home for two weeks last month after losing my sister as I was waiting to receive the outcome of my Indefinite Leave to Remain and ii) visa rejection for a close family member to visit us this December. A lot of international colleagues won’t be on the picket line because of fears of retaliation regarding their immigration status in the UK. This is because their jobs and for most, the livelihoods of their families they support back home, depend on them. On the picket lines, a lot of international students were crossing because of the threats they have received regarding their Tier-4 visa.

Racism remains a systemic issue in academia which has an impact on the number of  Black, Asian and Minority Ethnic (BAME) students going for PhDs as well as the number of Black (and mostly female) academics in the UK. As a result, this affects the gendered toll of emotional labour performed by BAME academics and its invisibilisation in academia, as well as the rise of mental and physical health issues.

Homo and Transphobia and ableism remain key threats to academics.

I feel particularly privileged to have been offered tenure less than a year after being appointed considering the increasingly deteriorating terms and condition of employment in academia. Yet, there are thousands of equally, if not more, qualified young black academics that I know personally who are still facing the brunt of precarity and casualisation. Therefore, universities offering humane and secure working contracts to their academic and professional staff should be the norm, not the exception, considering the shared values that are at stake, and the highly stressful nature of academic labour.

This is the reason why the ‘Talking Back’ series on ‘African feminisms in Dialogue’ will be on hold during the eight days of the strike.

Rama Salla Dieng is a Senegalese writer, academic and activist. She is currently a Lecturer in African and International Development at the Centre of African Studies, University of Edinburgh. Rama is the editor of the Talking Back series on roape.net, a member of ROAPE’s editorial working group and a UCU member.

Letter of support that one of our Edinburgh students, Suzie Loader, addressed to the Principal and Vice-Chancellor of the University of Edinburgh, Peter Mathieson.

I am writing to you to express both my solidarity with the upcoming industrial action beginning on the 25 November, but also to articulate my concerns about the impact that this will have on my studies.

Having come from the education sector myself, I understand the difficulties staff have had in making the decision to strike, as they will be acutely aware of how this impacts their students.  However, I do not see how staff can stand by and do nothing with the continuing issues of insufficient pay, poor quality contracts, the prevalence of inequality with regards to gender and BME pay gaps, an ever-increasing workload and a proposed rise in pension contributions.

The proposed strikes are to take place in the weeks leading up to my final essays for this semester. This means that I will not have access to the support offered by my lecturers, nor will I have lecture content that will assist me in my exams and essays.  As you can imagine, this is a significant cause for concern for me, as it has undermined my confidence in the modules I have undertaken, and I am frustrated that I am missing contact hours that I enjoy.

I would like it noted, however, that whilst the strike action will undoubtedly affect my studies, the system as it stands is already having a negative impact on my progress.  I am fortunate to be surrounded by an enthusiastic, innovative and determined body of staff and my lecturers’ passions are present in abundance in each lecture I attend. With their significant workloads, however, it has become increasingly difficult for me to meet with them during their contracted office hours, as to put it simply, they have too many students and not enough time.  I cannot in good faith ask my lecturers to see me outside of their office hours, as they are not contracted to do so, although I know that many offer additional hours to see their students when they are under no obligation to do so. With so many other contracted duties, however, I am sure that you can appreciate that this approach is unsustainable and requires addressing at a systematic level. I left the teaching profession as a result of an unmanageable workload and I would hate to see such brilliant staff as the lecturers in the School of Social and Political Science do the same.

I urge you to address the terms of the strike so that industrial action can be avoided, and the welfare of both your staff and students can be protected.