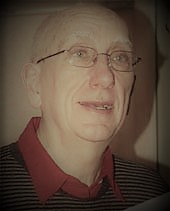 Björn Beckman was one of the most influential Marxist scholars who worked in Nigeria where he was a lecturer in Ahmadu Bello University from 1978. His engagement with Nigeria and Africa lasted to the end. His contribution to radical movements and scholarship was immense. Jibrin Ibrahim and Tunde Zack-Williams celebrate a comrade, friend and scholar.

A Life of Struggle and Friendship

My good friend, mentor and teacher, Björn Beckman died peacefully in his home on 6 November. He was surrounded by his lovely wife, Gunilla, son Petter and daughter Malin as he departed. Professor Beckman was one of the most influential Marxist scholars that worked in Nigeria where he was a lecturer in Ahmadu Bello University from 1978 to 1987. His engagement with Nigeria and Nigerians however lasted to the end. I had the privilege of visiting him in April this year to wish him the best in the great beyond as well as discuss what to do about his Nigerian legacy. We spent the time with his family at their country house by the Baltic sea in the Swedish archipelago.

Björn was above all a good friend who I had been close to for over forty years. His family and mine have spent considerable time together both in Nigeria and Sweden over the period. He had great social skills and had a huge network of friends all over Nigeria who he kept in close contact with over the period. He valued friendship and invested considerable time and resources maintaining these friendships. It’s for this reason that a lot of us feel directly bereaved by his passing away.

My generation was already immersed in Marxist political economy by the time Björn arrived in Nigeria in 1978 when I was just starting my masters degree programme. Nonetheless, Björn electrified the learning of Marxist political economy with his vast knowledge of the classics and current literature. He was above all a profoundly knowledgeable Marxist theoretician with deep knowledge of its methodology. This enabled him to make all of us better students and teachers of the discipline. He had the capacity to guide his students to do research that was both empirically grounded and theoretically sound. For four decades, Beckman played the role of revolutionary mentor, academic supervisor, guide for rigorous Marxist-Leninist analysis and link to Africanist and internationalist radical scholarship and action. He was an excellent academic supervisor but never limited himself to that role.

During the numerous fellowships he secured for me at his base, the Department of Political Science at Stockholm University, I was astonished to see that he had additional networks of students he trained, both Swedish and other nationalities. He was a very disciplined person who worked hard for his students and associates virtually every day. Not surprisingly, everybody wanted to be supervised by him and he never said no to anyone. During his 70th anniversary, a Festschrift (a celebration in honour of a colleague) was organised for him in Stockholm where his wider circle of comrades and academic associates came to pay homage.

Björn Beckman was important to us because of his deep commitment to Nigeria. He immersed himself in the successive radical struggles of the 1980s and 1990s and beyond. He was a central pillar in the coterie of comrades that defined pathways for resistance to imperialism, neo-colonial and national exploitation and oppression. By the same token, he was a determined comrade engaged in the struggle for liberation, workers’ rights and women’s rights.

He and his wife, Gunilla Andrae, had particular interest from different angles in agricultural production and its value chains in industry. As Nigeria once again makes another effort at import substitution to produce the rice and wheat we import to eat, it’s worthwhile recalling their book – The Wheat Trap: Bread and Underdevelopment in Nigeria. They traced the journey of Nigeria from self-sufficiency in food production in the 1960s to complete dependence in the 1980s. One Muhammadu Buhari, Head of State, in his 1984 budget announced increases in tariff except for wheat because as he explained, ‘bread has become the cheapest staple for our people’. Countries who want to combat food dependency develop value chains for local rather than imported staples.

Björn Beckman had always planned to write a book on his intellectual contribution, political engagement and his own direct participation in the radical movements that were active during his Nigeria tenure since 1978. In 1987, the authorities of Ahmadu Bello University had refused to extend his work contract for political reasons, and he was obliged to return to Sweden but his engagement with academia and the radical movement in Nigeria never waned. At seventy-five years old, when he finally had the time to settle down and write the book, illness came, and it took years to even diagnose his condition. He therefore did not have the strength and peace of mind to write this important book that so many of his Nigerian comrades would have loved to see. He however left extensive dairies that could be mined for information and insights on the struggle for a progressive Nigeria.

Beckman was a key player in the 1983 Marx Centenary Conference where a major battle developed between different Marxist and radical schools with Bala Usman and Claude Ake amongst others. Some of us self-defined as pure Marxist Leninists seeing others as mere radicals, but that’s a story for another time. He was an important adviser to the Students’ Movement and was really moved by the issues around ‘Ali Must Go’ and the killing of students in Ahmadu Bello University in 1986. It was not surprising that he was forced out of the university one year later. Beckman was also very engaged with trade unions and he and his wife did extensive research on the textile unions during the leadership of Adams Oshiomhole and beyond. Finally, in the post 1986 period, he worked closely with the Centre for Research and Documentation and Mambaiyya House – Aminu Kano Centre for Democratic Research, both in Kano.

A version of this celebration of Björn Beckman first appeared in Nigeria’s Daily Trust (15 November, 2019).

Jibrin Ibrahim is a political scientist, development expert and writer. He writes a weekly column ‘Deepening Democracy’ in the Daily Trust, a Nigerian daily newspaper.

Björn Beckman, who died on the 6 November 2019, age 81, was a renowned Swedish political scientist, Marxist and a regular contributor to the Review of African Political Economy (ROAPE). For several years he taught at the Department of Political Science, Amadu Bello University, (ABU) Zaria in Northern Nigeria. By the time Björn arrived in Nigeria in the late 1970s, ABU had been transformed into one of the most radical campus in the country.  This transformation was in part driven by the growing popularity of the dependency paradigm, with its emphasis on capital drain from the peripheries (Africa) to the metropolitan centres, North America and Europe. This paradigm sat well within Northern Nigerian social structure with the Hausa concept of the talakawa, the poorest class in society, those who had been rendered landless.

In his time at ABU, Björn (as he was known to his colleagues and students alike) found like-minded people both on the staff and among his students, who always wanted a conversation, the manner of continuing the lecture away from the lecture theatre. There were regular seminars and conferences in ABU, as was the case in other Northern universities, such as Kanu and Jos, some organised by departments and faculties others organised by the students.

Those who knew Björn, worked with him or were taught by him in institutions in Nigeria and Sweden, or on the Review of African Political Economy, always point to his generosity, his intellectual depth and rigour, which he was always ready to share, particularly with his students. He was passionate about African’s development as was demonstrated in an attack he unleashed on the late Claude Ake. At the conference (entitled ‘Marx and Africa’) held in ABU to mark the centenary of the death of Marx in 1883, Björn criticised his friend Claude Ake, asserting that his book, Revolutionary Pressures in Africa, contributed nothing to our knowledge of the African revolution. This was a strong attack, which stunned some in the audience. Unfortunately, for me I had just written a review of Ake’s two recent books, which were published in the weekly journal, West Africa’, including The Political Economy of Africa. In the conference hall of over 500, Ake retorted that Björn had completely misread the text and pleaded with the Chair to ask someone person in the hall who had read and understood the book to comment on it. I was pleased to note that the Chair did not invite me to speak, for as the saying goes: when elephants fight only the grass suffers.

On another occasion, I recall a visit to Sweden, this time on ROAPE business with Giles Mohan and Jan Burgess, the wonderful reception we received from Björn and his wife Gunilla for which I have always been grateful. I left with a handful of book presents, which Björn gave me.

Finally, Björn’s contributions to ROAPE’s debates and discussions have been immense: from his article on the liberation of civil society with the warning that the raison d’être of neo-liberalism is to ‘de-legitimise the state, the main locus of nationalist aspirations and resistance to the neo-liberal project.’ In order to buttress his point, he pointed out that the state ought to play a central role in the constitution of civil society. He pointed out that the neo-liberal project draws on theories of patrimonialism, rent seeking and state autonomy, yet neo-liberalism masks its enormous utilization of state power, while still suppressing existing civil society.

In one of his early writings (‘The Military as Revolutionary Vanguard: a Critique’) he cautioned young Nigerian comrades, who because of the crisis in Nigerian ruling class politics, were beginning to put their hopes on the ‘military vanguardism’, as they have failed to ‘identify the social and political forces and conditions that can sustain such revolutionary military role’. He warned that military vanguardism will only invite adventurism, with potentially serious consequences for the left.

Perhaps this the message Beckman has left for his young Nigerian followers, that the military cannot betray its petty bourgeois origin by ‘committing class suicide’, and that changes will only occur when the urban and rural masses are organised for them to assume the leadership. Finally, those who knew him or were taught by him were deeply appreciative of his warmth, kindness, generosity and intellectual depth.

Tunde Zack-Williams is Emeritus Professor of Sociology at the University of Central LancashireHis books include Tributors, Supporters and Merchant Capital: Mining & Underdevelopment in Sierra Leone (1995); The Quest for Sustainable Peace: The 2007 Sierra Leone Elections (2008); Africa Beyond the Post-Colonial: Politics & Socio-Cultural Identities (with Ola Uduku) (2004); Africa in Crisis: New Challenges & Possibilities (2002). He is an editor of the Review of African Political Economy.