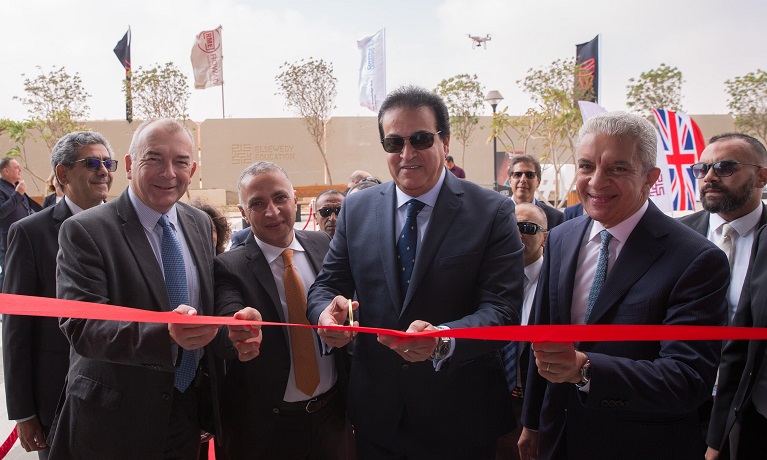 Far from being a vehicle to advance higher education in the country, Egypt’s military regime wants to use the collaboration with UK universities to provide cover to a deeply repressive human rights record. Anne Alexander argues that the credibility of UK universities helps to hide the constant abuse of academic freedoms in Egypt.

On the face of it, Egypt shouldn’t be an attractive destination for UK universities looking to expand their transnational education provision by opening a branch campus or allowing a locally-based franchisee to teach their degree courses. The current military regime has an appalling human rights record – according to Amnesty International, thousands have been arrested in the latest crackdown – and is responsible for the systematic violation of academic freedoms. In April this year, academic rights watchdogs Scholars at Risk and the Association for Freedom of Thought and Expression called for a ‘global response’ to the ‘attacks and pressures on higher education in Egypt’, including new laws reducing university autonomy, mass arrests and violence by state security forces against students and staff.

These pressures have been in general directed at Egyptian citizens, whose rights to study, teach and research without fear perhaps have not figured greatly in the calculations by UK HE senior managers looking for additions to their investment portfolio. Yet students from foreign universities, conducting research or undertaking language courses with the full knowledge and support of their institutions, have also been targeted by the Egyptian security services. The case of Cambridge PhD student, Giulio Regeni, who was kidnapped, tortured and murdered while doing fieldwork in Cairo in 2016, sent shock-waves through his home country of Italy, and the academic community around the world. Italian prosecutors have named senior members of the Egyptian security services as suspects in his murder. In October this year, two Edinburgh University students were arrested in Cairo, prompting the University to withdraw all students from Egypt.

Despite this, over the past two years, a string of UK universities have announced their intention to open for business in Egypt, mostly in the regime’s grandiose ‘New Administrative Capital‘, a huge new city housing ministries and other government institutions alongside a business-park style academic quarter. A campaign led by the UCU branch at the University of Liverpool and concerned academics from around the country forced the abandonment of plans for a branch campus in 2018. However, since then, Coventry University, University of Hertfordshire and University of London have announced deals with Egyptian partners to open branches or offer degrees in the New Administrative Capital.

The backdrop to this flurry of activity is a campaign by the governments of Egypt and the UK to promote ‘cooperation‘ in the area of higher education and scientific research. In 2015, during the visit of Egyptian president Abdel Fattah al-Sisi to the UK, Egyptian Foreign Minister Sameh Shoukry and then Foreign Secretary Philip Hammond signed a Memorandum of Understanding on the topic. Over the following years, a number of initiatives have emerged, attempting to develop deeper links at institutional level between UK HEIs and Egypt. These have included a fund for collaborative research (administered jointly by the Newton Trust and an Egyptian body) and PhD studentships.

Since late 2017, however, a new strand of activity has emerged with Universities UK’s international arm taking a leading role in brokering relationships between UK HEIs and the Egyptian regime with the goal of securing partnerships in the area of transnational education, specifically focused on opening branch campuses in some of the new urban development projects sponsored by the regime as a mechanism for attracting foreign investment. In late 2017, Middle East Eye reported that Egyptian ministers were falsely giving the impression that several Canadian universities had committed to opening branch campuses in the NAC to prospective partners at a presentation set-up by UUK.

The local partners chosen by UK universities attracted to the NAC by the Egyptian regime’s slick promotional videos and determined sales pitch are not part of Egypt’s public university system. Nor are they drawn from the newer private universities which have sprung up since the 2000s. Coventry University’s branch campus is run by El Sewedy Education, a private provider set-up by an electrical cable manufacturer. University of London’s ‘recognised teaching centre’ in Cairo is run by another new, private HE provider, European Universities in Egypt (EUE).

According to the University of London website, EUE is ‘a university institution hosting academic degrees from European top-ranked universities with state of the art technologies, research and advanced teaching practices’ which is located in the New Administrative Capital. EUE’s Founder and Chairman of the Board of Trustees is Professor Mahmoud Hashem. Professor Hashem was previously the president of the German University in Cairo (GUC), a private university established in 2002. Students at GUC repeatedly protested over the failure of GUC’s leadership to uphold their rights to freedom of expression on campus and the university’s refusal to allow them to organise a student union for the first eight years of the university’s existence. Professor Khaled Fahmy, who is now at the University of Cambridge, and is one of the signatories to our letter, outlined in a blogpost in 2012 his concerns over this issue after the GUC took disciplinary action against students for organising a commemoration of a GUC student killed during the tragic events in Port Said football stadium in 2012 where over 70 football fans died.

Even more worryingly, Dr Hashem himself was captured on camera in 2015 apparently instructing his driver to run over students who were protesting over the GUC’s response to the death of 19 year old Yara Negm who was killed in an accident involving two of the university’s buses.

The government in Egypt is clearly keen to associate the global reputation of University of London institutions as centres of excellence in research and teaching with the New Administrative Capital. On 11 September this year the Ministry of Foreign Affairs put out a press release claiming that the London School of Economics was opening a ‘branch campus’ in the NAC, prompting LSE to issue a clarification contradicting the Ministry’s statement.

The incident illustrates the propaganda value of such partnerships for the Egyptian government. Far from being a vehicle to advance academic collaboration or enhance higher education in Egypt, they are providing PR copy for a deeply repressive military regime which wants to use the credibility of UK universities to help cover up its appalling human rights record and persistent abuse of academic freedoms and the right to expression.

Academics whose research and teaching is being leveraged to maximise transnational student revenues and whitewash human rights abuses are speaking out in protest at UK HE senior management’s collusion with the Egyptian regime. Over 200 academics, including many from the University of London, have launched an open letter condemning the crackdown against the regime’s critics and calling for an end to ‘business as usual’ for UK Higher Education institutions operating in Egypt.

‘UK universities are showing their willingness to put potential revenue from student fees before commitment to human rights and academic freedoms, by pursuing partnerships with private educational firms running “branch campuses” or offering UK degrees in Egypt,’ the letter states.

‘We call on UK universities operating in or planning to open for business in Egypt to suspend these projects until the human rights situation improves enough to ensure that academic freedoms are protected and to join us in a public statement calling on the regime to release political prisoners, respect human rights and protect freedom of expression.’

Anne Alexander is a founder member of MENA Solidarity Network, the co-editor of Middle East Solidarity magazine and a member of the University and College Union. She has written the recent article on the uprisings in Sudan and Algeria, ‘Living on revolution time’.