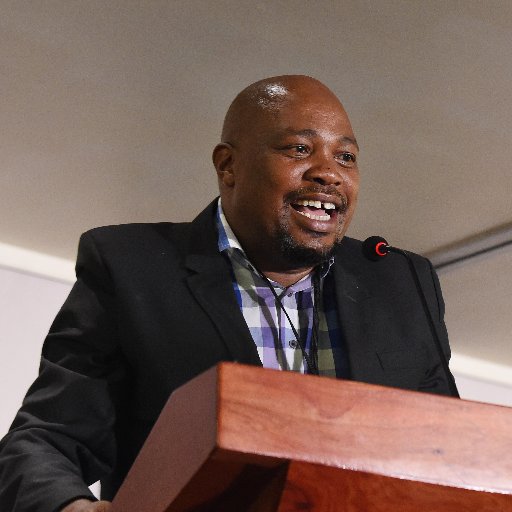 Precarious Labour, Unions and Struggle: an interview with Mondli Hlatshwayo

In an interview with Mondli Hlatshwayo, ROAPE’s Leo Zeilig asks about his activism and research on the South African working class, precarious labour and unions. Mondli, who has just won ROAPE’s Ruth First Prize, argues that precariousness is as old as capitalism itself and it is only the collective strength of workers in unions, or outside the formal union structures, that can push back the frontiers of precariousness.

Can you tell us a little about your activism and how you got into research?

As a former South African Commercial, Catering and Allied Workers Union (SACCAWU) shop steward in a small workplace in Ladysmith in KwaZulu-Natal in the 1990s, I used to organise workers who were older than me. Organising workers in the context of a despotic regime is extremely difficult and requires patience. On the other hand, the workers I was organising were my educators, in the sense that as we were discussing their problems, they were also pointing to possible solutions. Eventually, I was forced to leave the workplace because I was dismissed for my union activities.

In 1994, I became a student at the University of the Western Cape where I participated in student struggles and focused on labour studies and politics. In 1999, I joined Khanya College, a Johannesburg-based leftwing NGO, as a labour researcher. Khanya College is an organisational platform which taught me about the significance of radical thought in the context of the struggle against capitalism.

Besides conducting research for Khanya College, I was also a social movement activist. I still maintain that activism is one of the best schools, in the sense that we had to constantly combine theory and practice, and all true learning is collective and emancipatory. In workshops and during social and economic justice campaigns, one learns from women, workers, shop stewards and community activists, all of whom enrich your conceptual and theoretical frameworks.

How did you start to develop your own research projects?

As a former shop steward turned researcher, I was always concerned with workers and working conditions. Armed with knowledge gained in concrete struggles, in 2009 I joined the University of Johannesburg as a doctoral candidate. My research was on trade union responses to technological innovation at the Vanderbijlpark plant to the south of Johannesburg. I studied technological innovation in production long before the much talked about, so-called Fourth Industrial Revolution, and concluded that trade unions in South Africa must view production as a contested terrain. A proactive approach to technologies of production must be grounded in a long-term strategy to appropriate technology in order to meet the needs of society; rather than those of avaricious capitalists.

After completing my doctoral studies in 2012, I had the opportunity to present my findings to shop stewards, union officials and academics. Many of my peer-reviewed book chapters were published, as well as journal articles on production technologies and union responses. I was also concerned about xenophobia in the labour landscape and began to research migrant workers from other African countries in the South African context.

Based on this research, my main scholarly argument is that migrant workers from other countries must be organised to build worker solidarity within the country’s borders. One of my findings is that migrant workers want to be organised by trade unions, but the problem is that, in the main, the major South African trade unions are not approaching them.

I suppose this drew you closer to the research you have conducted on working conditions and precarious labour. These workers, their labour and struggles, has often been neglected in the mainstream literature on forms of work. Can you talk a little about how the research developed and some of the issues involved?

That’s right. It really started in 2016, when I initiated a multi-year research project on changes in the nature of work in post-apartheid South Africa. The aim is to investigate the conditions of workers who are often regarded as precarious workers, with a specific focus on women workers. An additional aim of the research is to develop an understanding of various responses of female workers, and workers in general, to their ever-changing, precarious forms of work.

In the process of conducting this research, I came across women healthcare workers who are single parents and who provide crucial healthcare services to working class patients. These women are breadwinners with huge social reproduction responsibilities, which include looking after their children and other members of their households. The women earn very low wages, sometimes work double shifts for two employers, and have no benefits such as pension funds. In fact, these women are subsidizing the neoliberal South African state through their unpaid work in the workplace and at home. Of course, these women do not see themselves as powerless victims of the neoliberal system.

How do the major unions deal with these workers?

The workers have been largely abandoned by established trade unions, but they made links with progressive NGOs and activists and started challenging their conditions. This has led to some major legal and organisational victories. As in any other struggle, the opponents of the working- class, and of these women in particular, are always devising strategies and tactics to undermine their organisational and material gains.

Returning to your research project, what have been some of the objectives of the research?

Well, one aspects of the research project entails developing a scholarly understanding of conditions and resistance in manufacturing, retail, fishing and the public sector.  My research project also seeks to examine the precariousness of permanently employed workers – largely male – in the manufacturing sector. Technological innovation and the reorganization of work appear to be the main reasons for vulnerability among permanent workers, leading to retrenchments and joblessness.

I suppose one of the key arguments and the over-arching intellectual approach is that precariousness is as old as capitalism itself and it is the collective, organizational strength of workers in unions, or even outside the formal union structures, that can push back the frontiers of precariousness.

I am also starting to examine the implications of my research findings for worker education, especially in the context of precarious work and technological employment. One of the key questions I am grappling with at the moment is: what is the role of worker education in a context where many workers are not unionised?

Can you tell us what it means to have received the ROAPE Ruth First prize?

It is an honour for me to receive a prize associated with the late female socialist activist, Ruth First.  She was a remarkable woman who dedicated her life to the struggles for the total emancipation of women and other sections of the oppressed in South Africa, in Africa, and in the rest of the world. The Review of African Political Economy is one of those rare platforms in the academy that preserves her memory and continues her work. The journal has always been associated with radical, scholarly works of intellectual giants like Harold Wolpe, Archie Mafeje, Samir Amin and others. As an emerging scholar, my own research is largely inspired by their works.

The Ruth First Prize is likely to take my research to a higher level by giving me international exposure and possible collaborations with radical scholars from other parts of the African continent, the Global South and the Global North. I would like to collaborate with scholars who are studying precarious forms of work in the context of neoliberalism, the role of technologies in production and union capacity to respond to technical changes, the role of women in new forms of work, and migrant work in the context of neoliberal globalisation.

I am also looking forward to supervising doctoral students who are prepared to conduct ground-breaking research on the changing nature of work, looking at women and work, and migrant workers. I also aim to visit other researchers who are conducting research on labour in the context of lean production.

Building relationships with progressive scholars in the Global South and the Global North is likely to help contribute to a reconstruction of a world free from ecological and the economic crises. Finally, I hope that winning this prize will help build international solidarity for the women healthcare workers who continue to carry most of the social and economic burden of society. In doing so, I will communicate their message to audiences in different parts of the world.

I thank the University of Johannesburg’s Centre for Education Rights and Transformation, my family and all my comrades for supporting my intellectual work.

Mondli Hlatshwayo is a Senior Researcher in the Centre for Education Rights and Transformation at the University of Johannesburg. He is the recipient of the ROAPE Ruth First Prize for his article on the struggles of precarious workers in South Africa and specifically the organisational responses of community health workers. The article can be accessed here.