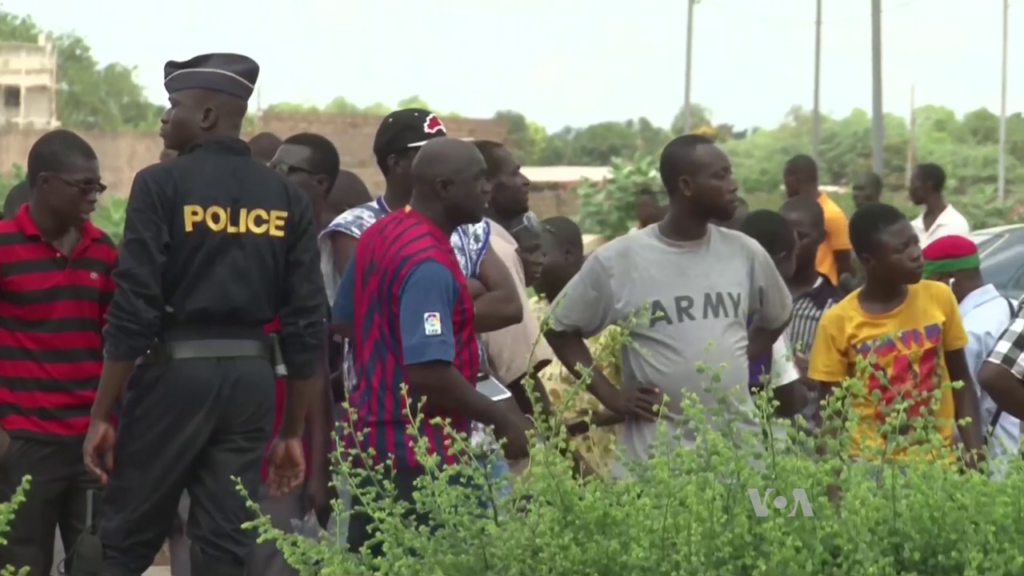 Bettina Engels writes about the murder of two activists in Burkina Faso. The activists were well known for campaigning against mining in the province of Yagha in the North East of the country.  For years the region has been a hotspot of artisanal mining and conflicts between residents, the mining company and state security forces. Using the fight against ‘Islamic terrorism’ the government is frequently targeting activists. ROAPE appeals to our readers for solidarity and any form of support in the campaign to expose the murderers.

On Friday, 31 May 2019, two activists of the Democratic Youth Organisation of Burkina Faso (Organisation Démocratique de la Jeunesse, ODJ) were killed in the province of Yagha in the North East of the country, bordering Niger. Civil society organisations demand an investigation and prosecution—however, until now, the authorities seem remaining inactive.

Fahadou Cissé and Hama Balima were on their way to a meeting with the high commissioner of the province, Adama Conseiga, in the provincial capital Sebba but never reached their destination. Instead, they were found dead, riddled with bullets, about five kilometres away from the town. A third dead body of an unidentified person (possibly an uninvolved witness) was lying a few hundred metres next to them. The place had obviously been ‘cleaned up’, as not a single bullet casing was left at the scene.

An alliance of trade unions, human rights and students organisations, and other civil society associations immediately condemned the killing and demanded an official investigation and prosecution of the perpetrators and those responsible for the murder. Unsurprisingly, given Burkina Faso’s ‘tradition’ of impunity and repression and intimidation of radical civil society organisations, nothing has so far been done by the authorities. The two activists who lost their lives were well known. Cissé was a member of ODJ’s national board and president of the organisation’s section in Yagha province, and Hama the treasurer of the section and visible, for instances, in the recent struggles against mining in the province.

Yagha has been long been a hotspot of artisanal mining and related conflicts between residents and local artisanal miners on the one side, and the mining company Société Minière Kindo Adama (SOMIKA) and the state security forces on the other. In October 2014, as village residents and artisanal miners protested against the company, the national police (the ‘counter-insurgency forces’ Compagnie Républicaine de Sécurité, CRS) and SOMIKA’s security guards shot at the demonstrators. Four died on the spot and a fifth on the way to the hospital.

Currently, Yagha is one among 14 provinces in the country where, since late 2018, a ‘state of emergency’ has been applied. Based on articles 58 and 59 of the 1991 Constitution, the state of emergency allows for wide-reaching curtailing of civil rights and liberties: The Minister of Territorial Administration, the Minister of Security, and the Governor of the respective region are enabled to prohibit circulation of people and vehicles at times they decide on; public prosecution and police are allowed to search private houses at any time; publications and assemblies that are suspected of promoting ‘radicalization and violent extremism’ can be prohibited. On 14 May, 2019 the National Assembly voted a new law specifying that the state of emergency can be declared in a situation of ‘permanent crisis’.

The state of emergency, as well as a considerable augmentation of the military budget, is justified as a measure to fight ‘Islamic terrorism’ in Burkina Faso. The presence of the latter, particularly in the North and East of the country, cannot be denied. Since 2015, several hundred persons have been killed in attacks (including around 60 in the capital Ouagadougou); more than 500 schools have been closed, resulting in around 60,000 students being denied access to education; more than 130,000 people have been displaced, several thousand even seeking refuge in neighbouring Mali, itself a crisis-ridden country.

The town of Sebba is located in the area affected by the state of emergency, and by the military operation ‘Doofu’, a counter-terrorism operation launched in mid-May 2019 in three regions in the North of the country (Nord, Sahel, and Centre-Nord). Human Rights Watch is investigating possible cases of killings by both sides, including alleged executions of people in security force custody. In the period between late 2017 and February 2019, the NGO has documented 60 killings by armed Islamists—and 130 killings of suspects by the state security forces in the Sahel region. ‘Terrorism has a broad back’, one activist commented on the social media, pointing out that it provides an excuse for the authorities and security forces to justify repression against all kind of opposition.

As the authorities so far seem unable or unwilling to appropriately investigate the case of the killing in Yagha, ODJ attempts to pay for the autopsies itself.

As a contact for solidarity and any form of support:

Bettina Engels teaches at the Otto Suhr Institute for Political Science, Freie Universität Berlin, Germany and is a regular contributor to ROAPE.