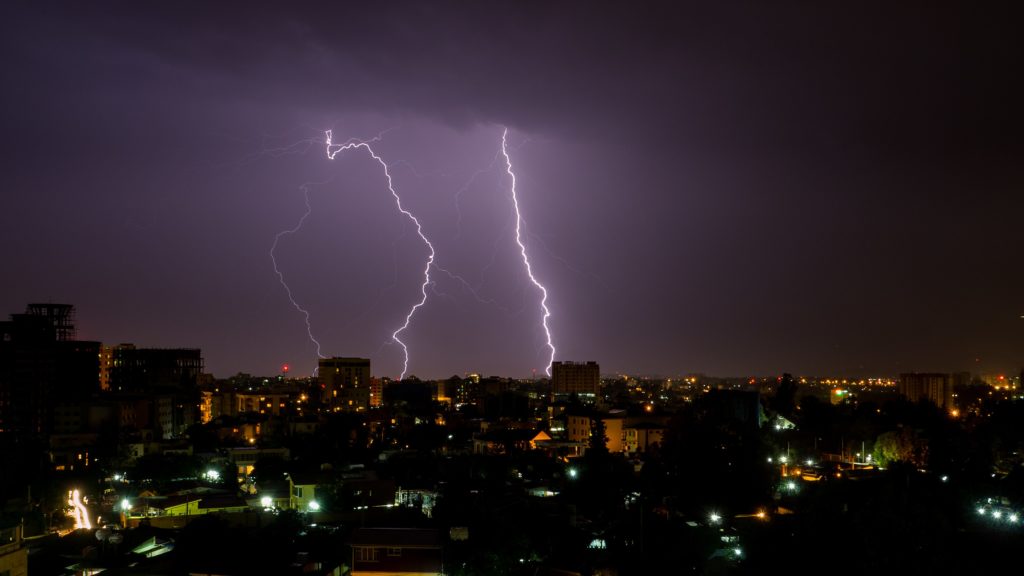 Looking at the case of Chile and Yemen, Tebeje Molla argues that the neoliberal policies advocated by Ethiopia’s new leader and made under a condition of political shock is profoundly dangerous for the country and must be resisted.

In the coming few weeks, the parliament is expected to start the approval of the liberalization of these state-owned companies. This is a clear signal that the ruling party is on the verge of abandoning the developmental state model that it once zealously endorsed. As William Davison has rightly noted, what former Prime Minister Meles Zenawi saw in neoliberalism as a ‘dead end’ now Abiy sees as a ‘new horizon’.

The purpose of this short blogpost is to put this decision in some historical and political perspective. It argues that the neoliberal policy imposition advocated by Ethiopia’s new leader and made under a condition of political shock is profoundly dangerous for the country.

Shock results from a sudden and unpredictable turmoil, be it a natural disaster or a political crisis. It represents fear and uncertainty. Shock activates a sense of urgency in our response. When it happens in a national political space, a shock is a sign of vulnerability. Especially in the context of a weak state and dysfunctional political order, shock signals danger. It invites external intervention.

In her book, The Shock Doctrine, Canadian journalist and activist Naomi Klein documents how neoliberal plutocrats exploit disasters that produce a collective shock. She uses the term ‘shock doctrine’ to describe ‘the quite brutal tactic of systematically using the public’s disorientation following a collective shock’ in order to ‘push through radical pro-corporate measures.’ Shock therapy refers to the calculated neoliberal response to conditions of crisis resulting from wars, coups, terrorist attacks, market crashes or natural disasters. Klein substantiates her claims with empirical accounts from Chile, Russia, Iraq, etc. Klein observes that neoliberals subscribe to Machiavellian advice: injuries should be inflicted ‘all at once’ – at a time when one is weak and confused.

In the last four decades, proponents of the unfettered market have taken advantage of extraordinary conditions (e.g., deep economic crisis or heightened political instability) to provoke their neoliberal agendas of privatization, deregulation, and decentralization. In nearly all cases, the shock therapy ends with political and economic disaster for the afflicted population. I want to briefly discuss two examples.

In 1973, General Augusto Pinochet carried out a violent coup to topple a left-wing government that challenged economic interests of major global actors including the United States. This political crisis coupled with severe hyperinflation forced Chile to enter into a deep state of shock. Amidst the crisis, with the support of the U.S. government and the World Bank, leading neoliberal proponents (the so-called the ‘Chicago Boys’) advised the Chilean dictator to use ‘shock treatment’ and thereby to stabilize, privatize and liberalize the economy.

The underlying assumption was that under conditions of shock and awe, people have no choice but to adjust to changes. Chile was the test case. Neoliberals saw the political and economic crisis in the country as an opportunity for testing their market principles. They aggressively pushed the government to privatize public enterprises and deregulate the financial system. As a result, the nation’s key economic resources (i.e. big copper mining companies) were sold to foreign investors.

In a short-term, the country enjoyed an economic success that was dubbed as a ‘miracle’. However, in the long run, the outcome was nothing short of a catastrophe. National wealth is concentrated in the hands of the few, poverty has deepened, and the distribution of social opportunities such as education and health remains extremely unequal. Desperate actions of the government, including nationalizing privatized companies, could not avert the damage.

Another case of neoliberal shock therapy is Yemen.  The crisis in Yemen illustrates the unpredictable consequences of neoliberal shock therapy. Yemen’s major political crisis began when the ‘Arab Spring’ drew protesters onto the street of the capital in 2011. Modest compromises and changes failed to satisfy competing demands of the country’s political forces (and their foreign masters). The political crisis quickly escalated into violence. Soon the country was in a state of shock and awe. The transitional government could not maintain law and order.

In Destroying Yemen, Isa Blumi documented that, in the face of deteriorating political and economic circumstances, the transitional government was under pressure to sell public enterprises to foreign investors. As part of the conditionality of its credit to the government, in the name of averting austerity, the IMF prescribed ‘free trade’ policies that allow foreign investors from Saudi Arabia and Qatar to buy the nation’s most valuable assets, e.g. national oil refineries. As part of the deal, the Saudi Government deposited $2 billion directly into Yemen’s central bank (note also Riyadh’s recent $250 million transfer to the account of the central bank of Sudan).

For some Yemeni groups (the  Houthi, for example), this was an unacceptable deal. Hence, when the group temporarily assumed power in 2014/15, they reversed the deals. Clearly, this angered the neoliberals and their regional supporters who were on the verge of controlling vital economic resources of the country.

What followed was a disaster. A bloody civil war broke out in 2015. Under the cover of a ‘war on terror’, the Saudi government and its Western and regional allies intervened in Yemen. As a result, the humanitarian crisis has been devastating, and the country is now at risk of total disintegration.

The lesson from the experiences of Chile and Yemen is evident: do not rush to liberalise the economy. At present, Ethiopia is in a state of political shock. The promise of positive change that has accompanied the ascent to power of Abiy Ahmed remains just a promise. With the rise of intensified ethnic extremism, the country’s transition to a democratic political order appears to be a distant mirage. With each passing day, the sense of uncertainty deepens. Amidst this widespread anxiety come the shock therapists: the Bretton Woods Institutions, the European Union and the United States government as well as peripheral and regional players in the Middle East.

Abiy Ahmed assumed power in April 2018. In June 2018, the United Arab Emirate pledged $3 billion in aid and investment. In October 2018, the World Bank approved a total of $1.2 billion to support the government’s ‘policies designed to accelerate economic growth.’ What these and other donors wanted in return has not been made public but we know that the dollars are always attached to policy conditionalities – mainly aiming at further liberalizing the economic sector.

Neoliberal forces do not necessarily instigate political and economic crises. However, in the context of aid-recipient poor countries such as Ethiopia, they are always ready to exploit such calamities. Hence, in dealing with the latest round of neoliberal pressure, there is a vital lesson to be learned from the experiences of Chile and Yemen. The privatization of treasured public holdings – whether it is Chile’s lucrative copper mining fields, Yemen’s valuable oil refineries or Ethiopia’s profitable airline – serves only the interest of transnational corporates based in the Global North. Private investors focus on maximizing their profit and are unlikely to reinvest their returns in the country. In other words, privatizing profitable public assets diminishes the national wealth, and the government will have limited access to resources that can be reinvested in vital services such as education and health.

As many economists and commentators have argued, the privatization initiative is highly problematic. While there are state-owned enterprises that could arguably benefit from private management, Ethiopian Airlines is not one of them. Ethiopian Airlines started operation in 1946 when most African nations were still under the colonial yoke. The success of the airline is regarded as embodying the resilience of the country.

Ethiopian Airlines is probably the nation’s most profitable and well-managed public enterprise. With 110 modern aircraft and over 100 international destinations, the national flag carrier is the largest in Africa by revenue, and indeed one of the most successful public enterprises in the world. As a testimony of its incomparable achievements, it has won a number of regional and international awards. Even CNN reported, Ethiopian Airlines has positioned itself to dominate Africa’s aviation sector, expanding its shares in other African countries’ airlines (including Ghana, Burkina Faso, Rwanda, Côte d’Ivoire, Mali, Mozambique, and Zambia). In other words, if the stated purpose of privatization was to improve the efficiency and profitability of public assets, then the privatization of Ethiopian Airlines is not justifiable.

The other key concern is that at the moment there are no reliable institutions that can ensure transparency and accountability in the transfer of assets from the public to the private. In this context, there is a possibility that national wealth can be unfairly transferred to the hands of those who are connected to the political elite, enriching a wealthy oligarchy. What had happened in Russia nearly three decades ago is illustrative of the risk. Even though the Prime Minister has established an advisory council for privatization, its functionality is yet to be seen.

Most importantly, in a multi-ethnic society such as Ethiopia, an unhealthy concentration of national wealth in the hands of foreign corporations and corrupted individuals is a recipe for serious social and political ills. The success of developmental states of China, Singapore, South Korea, Malaysia, and Vietnam suggests that economic security is a safeguard for political stability. Hence, the political transition spearheaded by Abiy Ahmed’s government needs to take the economic variable very seriously. As the national cake shrinks, self-interested ethnic nationalists will not hesitate to use economic grievances to mobilize their base, and take chauvinistic political positions. In so doing, they undermine symbiotic inter-ethnic relations and the very existence of Ethiopia itself.

Even worse, there is a high possibility that those lucrative public enterprises may end up in the hands of the Gulf states. Any conscious Ethiopian would understand that—for historical, cultural and geopolitical reasons—this is a highly perilous scenario. The existing cultural and political disenchantment creates a fertile ground for those foreign forces to nurture dissent. Could the country face what we are witnessing in Yemen today?

The lesson for Abiy Ahmed is clear: it is unwise to make sweeping economic policy decisions when you are in a state of political volatility.

Tebeje Molla is an Australian Research Council (DECRA) research fellow in the School of Education, Deakin University, Australia. His research focuses on education and development. His latest book, Higher Education in Ethiopia, explores the problem of structural inequalities in education and policy responses. The author can be reached at tebe12@gmail.com