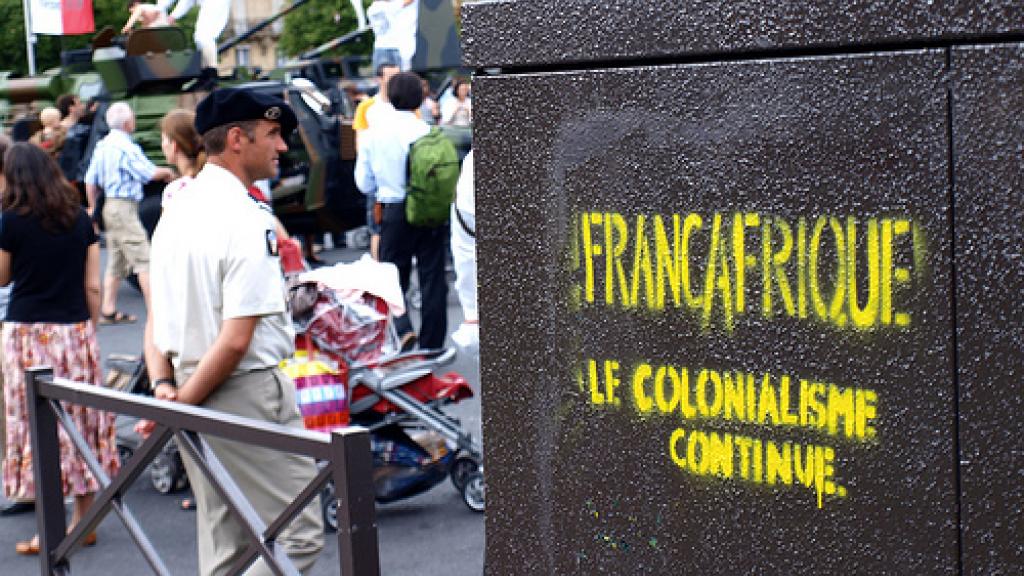 Dirk Kohnert considers the consequences of Brexit for Africa and sees the possibility of a revitalisation of the corrupt, murky French network, known as Françafrique, developing and expanding across the continent.

Whereas the impact of Brexit on Anglophone Africa was a major issue in the controversial British discussions on the pros and cons of Brexit, possible repercussions on French-speaking Africa have been rarely mentioned. At most indirect general effects were declared, both concerning the former British Empire in Africa and for the former French colonies as well. On the other hand, British Brexiteers have not tired of yearning for the re-establishment of the so-called glory of the British Empire, conceivably based on a euphoric and over-ambitious multi-expert report of the UK‘s Africa All Party Parliamentary Group, financed by the Royal Africa Society, on the post-Brexit Africa-UK trade and development cooperation relations (the report can be read here).

For an evaluation of the impact of Brexit on Francophone Africa it is necessary to consider the long and conflictual history of Britain’s and France’s rivalry for supremacy in (post-)colonial sub-Sahara Africa, notably in West Africa. Although the empire of so-called ‘Françafrique’ has been out-matched by British dominance in Africa, it is still very much alive today. It is an integrated political, military, economic and financial system of venality across the continent by which French and African political and business elites scratch each other’s backs at the expense of their citizens. It is walled-off by a special currency, the CFA franc, assured restricted competition and extraordinary gains for all parties involved (See Ndongo Sylla’s blogpost ).

Thus, post-colonial dependence continued, including the looting of raw materials, with the complicity of corrupt African heads of state, sometimes maintained at great expense, but also aware of their power over the former metropolis. Examples are the escapades of infamous  ‘emperor’ Bokassa of the Central African Republic in the 1970s, or the pillage of the resources over decades by late Omar Bongo in Gabon (succeeded after his death in 2009 by his son Ali Bongo) and general Eyadéma Ganssingbé of Togo, continued by the heir to his throne, Faure Gnassingbé, who is still in power.

All this, despite repeated announcements of French presidents, from Nicolas Sarkozy, to François Hollande and Emmanuel Macron, of the departure from its established policy of ‘Françafrique’ since the controversial Dakar-declaration of Sarkozy in 2007. Some experts have even observed a further and deeper degeneration of ‘Françafrique’ into a mafia-like network of high ranking French and African politicians and businessmen.

In the context of the lack of the countervailing power of Britain within the EU in the case of Brexit, the murky network of Françafrique or alternative shadily networks of corruption, trafficking and money-laundering in Francophone Africa could become re-vitalized and consolidated, notably in the resource-rich countries like the Democratic Republic of Congo.

The impact of Brexit on a ‘second liberation’ of Francophone Africa

However, Brexit could also inspire Africa in re-launching a debate on its sovereignty, including judicial and monetary issues. For example, concerning the long-standing controversy on the ill-adapted and increasingly anachronistic CFA franc. In fact, the debate has already begun, including on the pages of roape.net. This has been assisted by internationally renowned African officials and critics of the CFA franc, including Togo’s Kako Nubukpo (previous head of the Central Bank of West African States  – BCEAO – and former Togolese Minister), Senegal’s Sanou Mbaye (formerly a senior official at the African Development Bank), and Guinea-Bissau’s Carlos Lopez (formerly executive secretary of the UN Economic Commission for Africa), as well as African bankers like Henri-Claude Oyima (President-Director General of BGFI Bank).

In addition, for some years, a social movement has developed to demand the withdrawal of African states from the CFA. On 7 January 2017, for example, an NGO set-up and run by the activist Kemi Séba, backed by ‘SOS Pan-Africa’, organised anti-CFA demonstrations in several African and European cities. In Senegal, the France Dégage group has been campaigning for the ‘monetary sovereignty’ of the CFA countries.

Besides, there could be also more direct impact from Brexit. For example, the Ivorian Prime Minister, Amadou Gon Coulibaly, cautioned about possible unintended consequences of Brexit on West African coca-farmers within the Francophone West African Economic and Monetary Union. For example, any fall in the value of Sterling against the Euro once Britain leaves the EU would have damaging consequences for Ivorian public finances because cocoa is priced in Sterling and the CFA franc in West Africa is linked to the Euro.

Contrary to widespread opinion, available evidence suggests that Brexit will impact considerably not only on the English-speaking African Commonwealth but on Francophone Africa too. The range of possible effects is impressive, from direct influence on farm-gate cocoa-prices in the CFA-currency regions and subsequent repercussions on the state budget of these countries, to more indirect effects, e.g. on the cooperation between the Economic Community of Central Africa States, the West African Economic and Monetary Union and the EU concerning European Development Fund-programs of which Great Britain has been a major contributor so far, to the enforced re-negotiation of controversial Economic Partnership Agreements.

However, the Brexit-vote stimulated progressive social networks in Francophone Africa to demand more political and economic sovereignty, for example with respect to the increasingly anachronistic CFA currency. Finally, the turmoil caused by Brexit could offer new opportunities, both for those Francophone governments that flirt with the idea of joining the African Commonwealth, and the ‘remainers’ in Francophone Africa. This would allow for renewed negotiations between African governments on the one side and the UK, EU and other global players, like China, India, Brazil and Turkey, competing for African resources and markets on the other.

On the other hand, we may see the revival of apparently already written-off murky socio-political networks like that of Françafrique or alternative new webs of transboundary corruption, trafficking and money-laundering. It goes without saying that these developments would take place at the expense of the great majority in both Europe and in Africa.

Yet, the lessons of frustrated high-flying hopes for increased grass-roots political democratization in the wake of the ‘second wind of liberation’, stimulated by mass protests and upheavals across Francophone Africa in the early 1990s, alert us to the dangers in the lack of democratic participation to seize the initiative on behalf of the majority. Increasing nationalism and populism, stoked by mounting internal and external pressures across sub-Saharan Africa, is one distinct political outcome for the continent as a result of Brexit and the forces it has unleashed.

If you are interested in learning more on the impact of Brexit on Francophone Africa, then we will be publishing a full Briefing by Dirk Kohnert in an issue of the journal ROAPE later this year.

Featured Photograph: Photo published by The Observers in 2010.