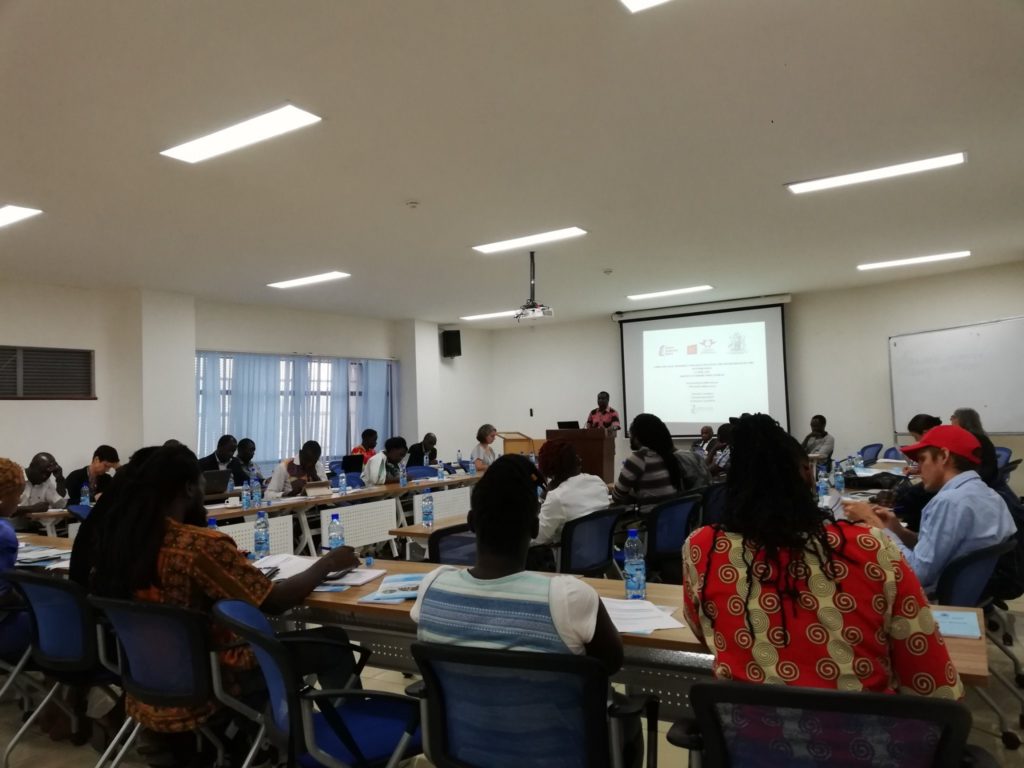 History and trajectories of social movements in the region

Social movements as waves suggest momentary mass mobilisations, involving a rise and fall. Images of waves contain a certain pessimism of people being immersed in the waves, not making them, neither being able to change them, of waves forming, growing and rising, then breaking, receding and diffusing. Social movement as phases on the other hand suggest strategic and tactical processes of mass mobilisation geared towards social transformation; an inter-generational struggle based on continuities and discontinuities. ‘Phases’ seem to contain spaces for the agency of the people to drive social change and to make their own history. There were also a variety of views on social movements as organisations, variously identified with labour unions, NGOs, pressure groups, coalitions, among other similar organisations and networks.

There was a presentation on the mapping of resistance across the continent by Kate Alexander based on ACLED interaction codes analysed by the Centre for Social Change (CSC), University of Johannesburg. ACLED is an acronym for Armed Conflict Location and Event Data (ACLED), a disaggregated conflict collection, analysis and crisis mapping project. The entry point of this analysis and presentation was not necessarily on the data shared, but on whether these protests and mobilisations fit into the long history of political transformation in Africa. Key to this focus is whether there is a pattern to these protests and mobilisations. Are the protests ideological and based on class for example? Are the protests focused on dismantling the neo-colonial states or reforming capitalism and the neoliberal order? What are the current sparks and hot-spots of resistance that can be employed by social movements to liberate spaces and sites of struggle? What are the grievances and identities of the actors driving these protests and mobilisations across the continent? Such analysis and understanding provides intellectual ammunition for scholars and activists to transform protests across the continent into struggles for radical transformation.

Are NGOs social movements? This provoked animated debates. The views presented depended on the conceptions of social movements. NGOs were critiqued for being donor dependent, with funds coming from the same agents of neo-liberalism and austerity that ignite social movements in the first place. NGOs suffer from being largely fronted by careerists and professionals, keen on scaling up career ladders, not on lifelong commitment to the struggles for a just and equitable society. They were also accused of creating a culture of dependency. The handouts, transport reimbursements, per diems, facilitation fees, media coverage, air travel are all part of what activists in Zimbabwe have described as the ‘commodification of resistance’.

There were various presentations on how social movements have managed to build and sustain resistance in national contexts. For example, in Kenya, university students struggled against structural adjustment programmes outside mainstream civil society in the 1990s. In Zimbabwe, we heard about the repression by authoritarian regimes and the counterforce of resistance marshalled by civil society organisations, and the dialectical relationship between repression and resistance. In Tanzania, the struggles of wavuja jasho (toilers) against wavuna jasho (exploiters) led by Tanzania Socialist Forum (TASOFO), popularly known in Kiswahili as Jukwaa la Wajamaa Tanzania (JULAWATA) amidst the schizophrenic politics of the current regime.

Social movements employ various strategies and tactics to build and sustain resistance. Self-reliance was a key conceptthat emerged in discussions and was viewed in a variety of ways. Intellectual self-reliance of ideas as an investment in study for ideological nourishment and clarity was regarded in the debates at the conference as crucial to activism. Study, it was argued, helps to define and refine a theory of transformation. But participants were also careful to point out that a model of self-reliance must not simply justify a neo-liberal narrative of laissez faire economics. Social movements should defy the perverted logic of profit and seeing self-reliance as an end in and of itself, argued one participant. There was also a call for solidarities among different sectors of society – the middle classes, students and the working classes.

Role of research and researchers

There were insightful conversations on the role of research and researchers in social movements. How do scholars support and contribute to the popular struggles of social movements? Do they produce or synthesis theory to guide and contextualise struggles by social movements? Marx’s adage remains relevant, practice without theory is blind, theory without practice is sterile.

Scholars were urged to engage directly with social movements and locate their research in practical experiences and practices. The organic intellectual was constantly referred to, an extrapolation of Gramsci’s thoughts in his Prison Notebooks. ‘The intellectual who, through his analyses, his visions, becomes an indispensable auxiliary of social movements’, quoted Willy Mutunga in his presentation at the workshop.

Next steps – the road ahead

Breakout groups highlighted what was not discussed. We must not sweep under the rug questions on class and generational differences in social movements, whether or not these are categories and terms fashionable in university seminars. The was a call for interdisciplinary approaches in studying the phenomena and dynamics of social movements and of the central role of artists in social movements.

There was emphasis on the need for social movements to collaborate and learn from each other. There needs to be a cultivation of organic links between academic spaces and activists zones of resistance and struggle. Social movements must also engage lecturers and students and for libraries to be located in sites of struggles and in poor communities. Some argued that scholars should become workers and volunteers in the spaces of struggles and universities and research units could become places for reflection and catharsis for social movement activists. These were some of the reflections and suggestions made by the breakout groups.

The road ahead should include the establishment of a research network among scholars and activists in the region. This network will lay the foundation of an ongoing research that will be engaged in the co-production of emancipatory knowledge for and with social movements. This kind of research will be central in drawing attention to the marginalisation of social movements in Africa from within the global scholarship on social movements.

We hope that the proceedings of the workshop will also be published, as well as a book and journal articles of the presentations in the workshop. The second phase of the workshop is also a possibility, possibly somewhere else on the continent. The workshop concluded with a comrades’ dinner at the University of Nairobi.

Njuki Githethwa is a Kenyan writer and activist. He is currently a PhD candidate at the Centre for Social Change, University of Johannesburg.

Featured Photograph: a session at the workshop, ‘Connecting Social Movements: A dialogue for activists and researchers in East and Southern Africa’ (Photograph, Carin Runciman).