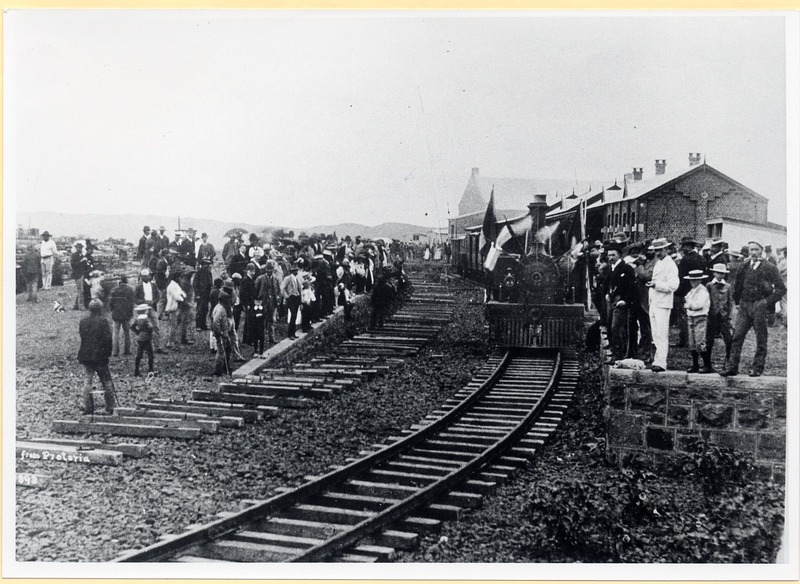 Colonial legacies are very much alive and well across the African continent. Even the term ‘colonial legacies’ implies the influences and outcomes of colonialism are in fact over, yet contemporary economic, political and social structures across regions in Africa continue to be shaped by their distinctive experiences from the period of colonialism. Assessing the long-term effects of colonialism through public investment decisions illuminates the interplay between colonial interventions and domestic decision-making in contemporary policy-making. In this blogpost expenditure on railroad infrastructure and education will be explored to offer a contribution to understanding why these investments matter and their implications for urban path dependence.

In 1972 Walter Rodney provided an economic analysis of the development of Europe and the subsequent ‘underdevelopment of the rest’ as a dialectical process in How Europe Underdeveloped Africa, this foregrounds the discussion on the roots of Africa’s underdevelopment and provides a foundation to understanding the extractive nature of colonisers’ behaviours. Influenced by Marxist ideas and the traditions of Andre Gunder Frank and other dependency theorists, the crux of Rodney’s analysis rests on a discussion of the intimate relationship between Europe’s growth and Africa’s developmental stagnation. He refers to ‘underdevelopment’ as centuries of exploitation and metropolitan imperialism, principally leading to stalled industrialisation and lack of technology. In his own words, Rodney argued ‘what was called the ‘development of Africa’ by the colonialists was a cynical shorthand expression for the “intensification of colonial exploitation in Africa to develop capitalist Europe.”’ This illustrates the contradictory nature of the capitalist project, generating wealth for the colonial exploiters while impoverishing the exploited. As Rodney discusses, the central role of trading and the selling and enslaving of Africans facilitated the economic benefits reaped by the European capitalists, particularly in England where this  ‘human capital’ helped precipitate the take-off of the Industrial Revolution. Simultaneously, this form of capitalist expansion suppressed African development growth potential, predominantly through what Lee Wengraf has argued on roape.net as ‘the lost labour potential…’ and the narrowing of exports to ‘just a few commodities, undermining the development of productive capacity in Africa itself.’

Contributing to the discussion on the implications of colonialism, the construction of colonial railroads and broader investments in public finance helps us to understand contemporary patterns of economic activity on the continent. Indeed, Rodney’s emphasis on the colonisers’ extractive, capitalist approach was embedded in railroad infrastructural decisions, providing a means to create an agricultural export industry, further European mining interests and ensure military domination with lines built to establish effective control of the population. In Rémi Jedwab and Alexander Moradi’s recent study on economic development in Kenya and Ghana, between 1901 and 1962, the railroad in Kenya led to a concentration of European and African settlers in tandem with the development of coffee and tea production. Similarly in Ghana, railroad infrastructure cut transport costs, with the expansion of rural communities along the line key in providing human capital for cocoa production, contributing to the increased profitability of cocoa exports. Expanding these findings to 39 other sub-Saharan African countries, Jedwab and Moradi concluded that investment in railroads helped determine the location of the main cities in the post-colonial era, including Nairobi and Johannesburg. Cities that served the extraction of profitable agricultural and mineral export.

Developing some of these arguments Rémi Jedwab, Edward Kerby, Alexander Moradi argued in 2017 that railroads contributed to path dependence holds true in the context of the subsequent demise of colonial railroads in the post-independence era. Due to poor infrastructural management and the exodus of European and Asian settlers, colonial railroad infrastructure collapsed and yet despite this, locations along these railroads continue to be more urbanised, easing accessibility to public services for the region’s citizens and railroad cities retaining their wealth compared to cities located further afield from the lines. However, a broader examination of the continent’s railroads exhibits a sparser network and reveals variation of the colonial experience through disparities of economic geography between regions shaped by these infrastructural investments. It also demonstrates the interplay between historical, external interventions and domestic decision-making in the post-colonial era. Urban, infrastructural ‘hotspots’ offered an environment of greater financial viability and security for national economic planning. Indeed, Jedwab, Kerby and Moradi term this source of path dependence as ‘spatial coordination failures’, situating the persistence in contemporary urban patterns in Kenya in the context of railroad cities which ‘served as a mechanism to “coordinate” locational decisions and spatial investments in subsequent periods’, with similar conclusions drawn from Ghana. Crucially, these differences across regions have shaped the variations in contemporary economic geography, perpetuating inequality and weakening opportunities for redistribution within regions suffering from urban and rural inequalities.

Digging deeper into these regional variations, district-level disparities can also highlight the enduring role of colonial investments in contemporary infrastructure. Concentrated economic planning in particular areas formed an attractive and cost-efficient foundation that encouraged future development planners to similarly set-up production and harness pre-existing human capital and resources as a mechanism of maximising efficiency. Elise Huillery encapsulates these processes in 2009 as ‘virtuous cycles’, emphasising the relationship between early colonial investments in education and health and current levels of schooling and health outcomes. She convincingly illustrates that ‘teachers continued to go where teachers used to be affected’ and in districts, which had a larger presence of teachers, their school rates have continued to measure higher. It is important to recognise here the substantial variation of quality and distribution of education spending between colonisers across the continent. In the historian Jan Vansina’s book  Being Colonized he retraces the colonial experience of the Kuba people in central Congo and highlights the central role of alternative actors to the colonial administrators in bringing education and other aspects of ‘modernity’:

While aspiring to confer “civilisation” on its subjects, the colonial administration still did not envision spending large amounts of money to achieve it. That task was best left to the private sector, especially to the Christian missions, which were expected to transform Africans into “modern” people by a combination of religious conversation, education, and their own example of gracious living.

Indeed, Ewout Frankema’s study of the origins of formal education in sub-Saharan Africa illustrates that differences between gross primary school enrolment rates between British and non-British African colonies were, on average, better within the British African colonies. While the British discouraged the development of higher education for fears of it harbouring anti-colonial feelings. Conversely, the French generally neglected primary education, favouring higher education to help build up an elite workforce of professional administrators. Explanations of the gap between British and non-British primarily rest on Britain’s emphasis on missionary involvement to support their system of indirect rule, while the French’s suspicions of missionaries sustained their separation between the church and the state.

In 2015 Leonard Wantchekon, Marko Klašnja, Natalija Novta’s analysis of the longer-term implications of colonial education within communities in Benin illustrates that where missionaries were located became important in terms of spatial inequalities and had considerable impacts on communities. Indeed, when examining the outcomes of descendants who had access to mission schools at the village level, parents’ education has had ‘a large positive effect on their children’s educational attainment, living standards and social networks.’. The strength of extended families also illustrates that nieces and nephews benefit directly from the education of their uncles, and are more educated than descendants without any educated family members. The 2015 study speaks of a ‘virtuous cycle’, with the accumulation of human capital important in explaining differences in long-term development –with deep unevenness in the distribution of these colonial investment patterns.

Historical explanations advanced by Walter Rodney on early patterns of dependency resonate with contemporary social and economic realities of globalisation. Colonial legacies are very much alive and well across the African continent. More optimistic assessments of the continent as one that is ‘rising’ from years of economic underdevelopment, citing increasing attractiveness to foreign investors and sustained GDP growth, obscure, as Ian Taylor argued in ROAPE in 2016, the ‘dynamics which are accompanying a notional ‘rise’ of Africa but which are actually contributing to the continent being pushed further and further into underdevelopment and dependency.’ Africa’s ‘rise’ has been in tandem with limited structural change in the continent’s economies and is in fact linked to de-industrialisation and a continued reliance on primary products – a continued, bleak fulfilment of Rodney’s 1972 book on development and underdevelopment.

Manufacturing underdevelopment across many sub-Saharan African countries is particularly potent, as Taylor has argued, it is within ‘low-technology manufacturing where labour-intensive job-creating opportunities are found.’ Furthermore, despite sizeable infrastructural investments from China across the continent contributing to GDP growth, it is proving to be a limited and finite source of financial support when situated within the country’s growing debt-dependency. This blogpost has argued that many of the old patterns of dependency prevail and illustrates the urgency to transform Africa’s structural position in the global economy, de-industrialisation and agricultural stagnation.

Katie Barker studied politics at Leeds University and is currently a post-graduate at the London School of Economics and Political Science. Her research interests focus on politics, public policy and ownership in the development sector.

Featured Photograph: The arrival of the first train at Pretoria Station, Pretoria, South Africa, in 1893. Railroad construction in South Africa followed the discovery of gold near present-day Johannesburg in 1886. Pretoria, at the time the capital of the South African Republic, was connected by rail to Cape Town in 1893, and to Durban and Lourenço Marques (in the then-Portuguese colony of Mozambique) in 1895.