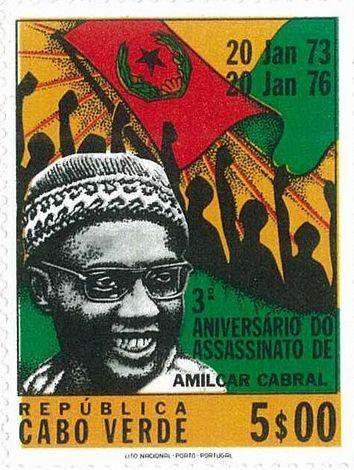 One of the main objectives of the ROAPE website is to promote the critical analysis of African economies and societies in a global context from a radical left perspective and to link the contributions that are made to the ROAPE printed journal and the debates that take place within its pages with a wider activist community in Africa and elsewhere. It is important that this project does not become an ‘in-house’ dialogue but remains inclusive and effectively draws in contributions from all over the continent, as well as from Europe, from the Americas and from Asia. It is also important that, in the laudable focus on the present and the future, our current debates do not forget the past.

The experiences of the past and the debates of the past are often valuable in what they have to contribute to our analyses of the present and our visions of the future. But all too often, just as African intellectuals and political activists find it hard – even today when email and the internet facilitate valuable international interaction – to overcome the constraints of distance on meeting and debating face to face, so too it is often hard to be aware of and keep alive important experiences and debates of the past that may be very relevant to the issues facing us at present.

In this short piece, I want to remind readers of roape.net of the important contribution made by those who were involved with the Journal of African Marxists during the 1980s, and to express the hope that ROAPE can, in some way, ‘re-visit’ and ‘re-animate’ the work of those activist intellectuals who contributed to the Journal, many of whom have been major figures in debates on the left for decades.

The Journal of African Marxists was established in 1981 with seven main aims:

1) to provide a forum for the exposition of the fundamentals of Marxism in the conditions of Africa;

2) to encourage a thorough-going analysis of the problems of development from a Marxist  perspective;

3) to discuss the various ‘socialisms’ in Africa and subject them to scientific and constructive criticism;

4) to facilitate the emergence of a systematic and coherent Marxist body of thought illuminating conditions in Africa;

5) to serve as an instrument for the creation of Marxist discussion groups which shall develop alternative policies for Africa based on socialism;

6) to highlight the gains of socialism where socialist policies have been adopted in Africa; and

7) to support the peoples’ struggles against imperialism and for socialism.

The idea was that the Journal would involve a number of local committees, in Africa and in Europe, and a permanent editorial board constituted by representatives from these local committees. Local committees were identified in Lusaka (Zambia) and London (UK), in Ghana, Kenya, Lesotho, Nigeria, Paris, Swaziland, Tanzania and Zimbabwe. Three ‘sponsors’ of the Journal were Samir Amin, ‘Ben’ Magubane and Ikenna Nzimiro (see Adam Mayer’s blogpost on Nigerian Marxists), and the provisional editorial board (initially based in Lusaka) included Eli Mwanangonze, Derek Chitala and Gilbert Mudenda, representing the Lusaka local committee. 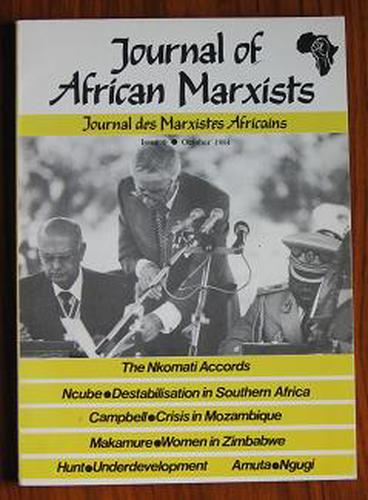 The contents of the first issue included a statement of policy (in English, Portuguese and French) asking: ‘why the Journal for African Marxists?’ It answered this by referring to the ‘uselessness’ of most of the prevailing theories of African development and comments that ‘the rapid exposure of the hollowness of ‘African socialism’ and other African ‘isms makes it now possible to advance the only alternative which has proven its validity in practice, the ideology of scientific socialism.’ The Journal of African Marxists would provide a forum for debate for those wishing to pursue the implications of adopting this perspective.

The second question asked is: ‘which way Africa – socialism or capitalism’. The response was clear – most African states have taken the capitalist road and have failed to improve significantly the condition of the massesm only ‘a genuinely socialist option can deliver our continent from the crushing burden of underdevelopment and dependency.’ The task of African Marxist-Leninists, it is suggested, is ‘to stimulate the debate on the correct socialist path appropriate to the conditions of Africa, recognising the specific characteristics of individual countries, while yet seeking to discover what is common to our continent.’

In this debate, it is emphasised, ‘we must base ourselves on the common experience of struggling peoples the world over.’ In this regard, ‘the nature of class structures must therefore be analysed and exposed.’ ‘In our societies, there are the exploiters and the exploited. Standing over and above all is monopoly capital which persistently tries to win over local allies to uphold its interests.’ Marxist-Leninist theory upholds the centrality of the working class and was argued that ‘nothing has happened in Africa to disprove this notion.’

Concern was expressed regarding the role of trades unions since independence, but the important role of revolutionary intellectuals in providing the leadership and awakening the class consciousness of the working masses was also stressed. The peasantry may be backward and conservative, but it is not inherently ‘tribalistic’ – ‘tribalism’ is a product of colonialism but continues to be a scourge even after independence. ‘Racism’ is also seen as a social evil inherited from the colonial period and still alive today. Only a successful struggle for socialism will see ‘tribalism’ and ‘racism’ defeated and destroyed.

The Journal made a promising start, with local committees and clearly a committed set of followers and well-wishers. The Journal was based in Lusaka in Zambia, but it was managed by Zed Press from its offices in London and published by the Russell Press in Nottingham, both British publishers with strong leftist credentials. Significantly, from issue 3 (January 1983) onwards, the Editorial Collective (as it was now called) included Robert Molteno, the key figure at Zed Press, as well as a strong group in Lusaka.

Eleven issues were published in all, and I have found no explanation yet as to why this initiative foundered. But perhaps it is significant that the last issue (Issue 11) was published late and the Editorial Collective apologised for ‘the late publication’, blaming ‘the foreign exchange difficulty in Africa’ for the delay in publication schedules, and promising that future editions would be published on time. As far as I can determine, however, no more issues were published after this.

In ROAPE (Vol. 14/ No. 38) we published the statement from the conference held by the Journal of African Marxists in Accra, Ghana on 11-13 August 1986, stating that it was ‘a journal with whom we have collaborated over the years. Their emphasis on the struggle for democratisation echoes one of the strong messages coming from the 1986 ROAPE Conference.’ Roape.net readers can access the statement by clicking on the link here.