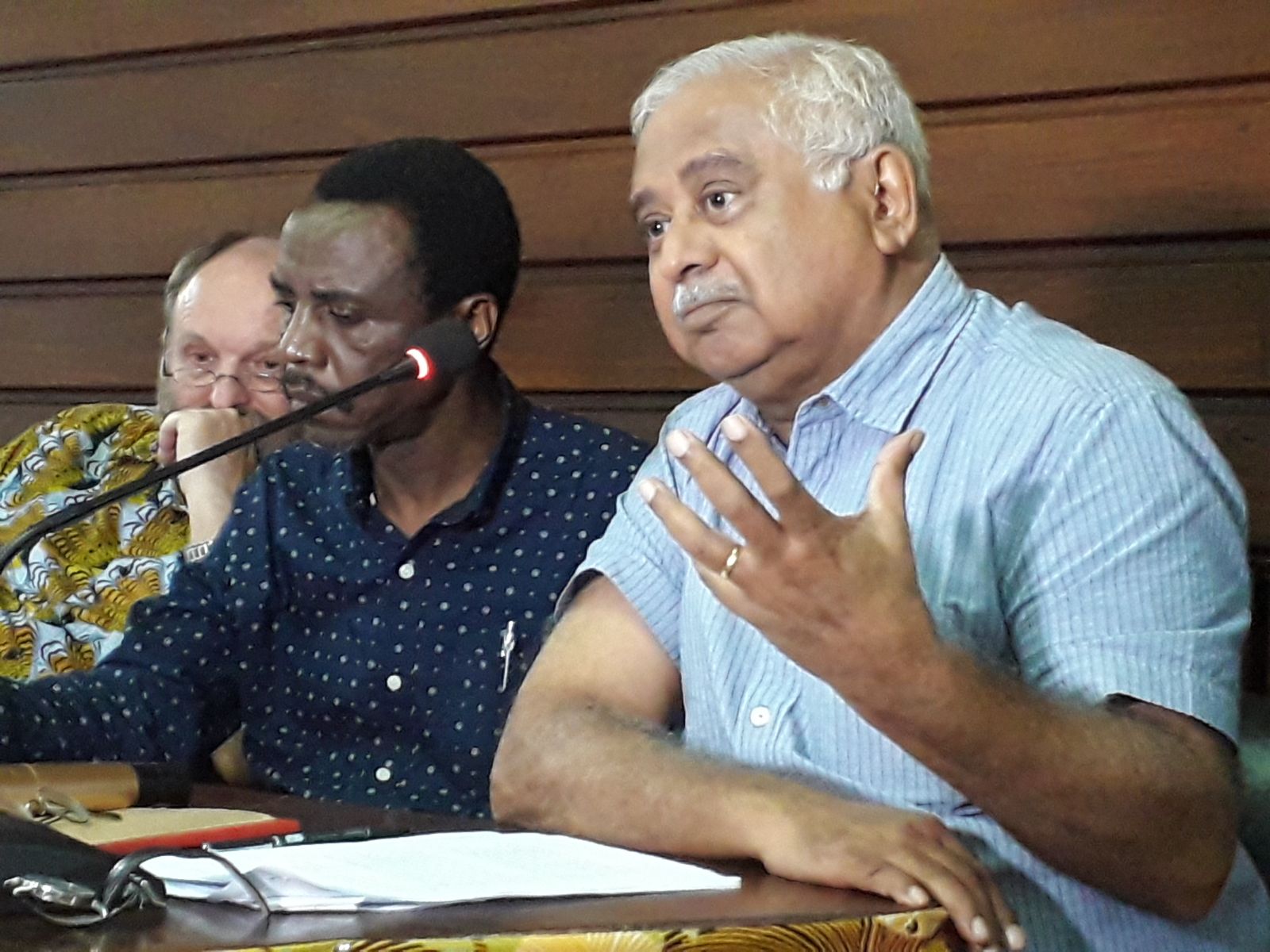 The editorial team of a legendary academic/activist journal the Review of African Political Economy (ROAPE) recently organized a workshop in Dar es Salaam, Tanzania.  Themed ‘Imperialism in Africa Today: The Place of Class Struggles and Progressive Politics’, it was a workshop that was always going to capture the attention of many pan-African and Africa based socialists.

It was a workshop that had as its primary intention an historical assessment of the state of Africa’s liberation and ideological liberatory left and its place in contemporary anti-global neoliberal and anti-imperialist politics.  With a direct intention of discussing the future of pan-Africanism, socialism and how to counter contemporary imperialism.

I agreed to attend the workshop largely because of my own leftist political persuasions but also because of the evident need to revive pan-Africanist and socialist alternatives to the current regrettable dominance of contemporary African political and economic discourse by neo-liberalism. ROAPE has long played this role. In the words of the long-standing Tanzanian socialist Issa Shivji, ROAPE was never meant to be entirely academic but predominantly activist in intent and result. It was established to help inform not only socialist strategy during liberation struggles but later on in countering contemporary neoliberal political and economic narratives.

Linking the past with the present remains of vital importance, which ROAPE can still help us to do. A journal and website which has a radical left perspective on the political economy of the continent that has spanned the liberation struggle decades, and post-independence optimism that remained, even if only in academic practice for a time, committed to a people-centred and socialist optimism of a better life for all on the continent and in the world.

ROAPE therefore has come to represent the link between the organic intellectual and the organic activist.  Hence most liberation struggle icons would find their way to the journal at the height of the struggle or in explaining their post-independence projects and impasses. This is one reason why so many of our struggle luminaries (Nyerere, Cabral, Nkomo, Machingura, Saul among others) would feature either by way of their own writing or analysis of the same in the journal’s pages.

But more significantly, ROAPE has also spent many decades analysing Africa from a socialist perspective and in respect to how socialism was/is the founding ideology of African liberation. Therefore, it was essential that the starting point for the workshop were the October 1917 Russian revolution as well as the Arusha Declaration of 1967 as authored by Julius Nyerere of Tanzania (both of these events were debated in a particularly rich panel discussion at the workshop).  These two global historical departure points (Russia 1917 and Africa 1967) are indelible in the history of Africa’s struggles against imperialism both in its past and contemporary forms. One representing genesis and the other a ‘textual’ idealism for a better future for all.  The significance of both events as models for African liberation and post-independence futures were discussed in detail by participants.

For two days of debate in Dar es Salaam it was the African context of struggle and revolution that was an important and salient reminder of the history of the struggles against imperialism and an unrepentant global capital.

Even though I had not until the Dar es Salaam workshop been involved in ROAPE activities, I understood full well the urgency and importance of keeping the pan-Africanist and socialist counter-narrative, in academic terms and counter-hegemonic alternative in activist terms, alive.

New perspectives emerged from the workshop on the state of Africa’s left; I was nudged into remembering how we, as Africans and people with an evident sympathy toward the global left, are quick to forget our past in favour of a catastrophic neoliberal perspective when we should be proffering progressive alternatives.  Both from an academic perspective as well as a leftist/socialist activism.

From an academic perspective and as informed by the values of ROAPE, I have come to a firm appreciation that Africa’s socialists must never abandon the pursuit of academic knowledge as it relates to socialism and people-centred democratic solutions.  But, as the workshop reminds us, this always requires linking up with colleagues and comrades in the global north who also require acts of solidarity from those of us in the global south.

Even beyond this solidarity, I also realized that context always matters and that while socialism is still a credible global alternative it must resist dogma.  Participants restated that our arguments for progressive change must always be contextualized and utilised to enhance a national and continentally grounded and progressive leftist consciousness.

In discussing the activism of the left at the workshop, it was reinstated that there is always a need to organically link older generations of activists with younger ones. To ensure that knowledge is passed on between more experienced activists and younger but more enthusiastic ones. This knowledge is not just in the form of what texts to study but what strategies and tactics need to be applied in today to keep the original vision of African liberation alive among younger generations. The workshop demonstrated a need for greater inclusive conversations between younger and older socialists on what a present-day way forward should look like. As informed by the past and contemporary realities the overriding theme of the workshop was ‘another world is possible’.

During the workshop, as an activist I also came to terms with some of the most difficult elements of Africa’s contemporary struggle against neo-liberalism – one of survival.  Whereas in the struggles against direct colonialism there was an element of self-sacrifice, in contemporary times it has become more difficult to sustain activist work and practice. The neoliberal hegemonic onslaught in African societies makes a greater majority of our people feel hopeless and can make for pessimistic reading and analysis in some elite and academic circles.  Yet, as we discussed during the two-day symposium, the intellectual reality of the matter is that we have not thought hard enough about the means and methods to counter these seemingly dominant narratives.

It was towards these purposes, questions and issues, that ROAPE convened the workshop. Two key objectives were achieved. Firstly, maintaining the socialist/leftist intellectual and activist fire burning beyond the crass neoliberal materialism that is creeping into African (and global) consciousness. Secondly, recalling the historical departure points for all progressive movements that were the 1917 Russian revolution against global capitalism and the revolutionary Arusha Declaration of early 1967.

Drawing from the intellectualism and organic activism of the past, fusing it with the energy and impatience of the more youthful participants at the workshop, we began to work out newer approaches that exploit the self-destructive contradictions of neoliberal capitalism for Africa and the world.

The continual questioning into the reality of imperialism, its current manifestations on the continent and the nature of class struggle remains important.  Not only because of what Trevor Ngwane of South Africa, one of the participants at the workshop, called the Spirit of Marikana but more significantly because with greater concerted socialist intellectual and activist effort we can indeed raise our minds and fists to claim, as in the past, that ‘another socialist world is possible’.

Takura Zhangazha is a Zimbabwean civil society activist who has worked in the field of media freedom and also within broader social movements. He is currently a member of a Zimbabwean social movement, the Committee of the Peoples Charter. A version of this blogpost was originally posted here.