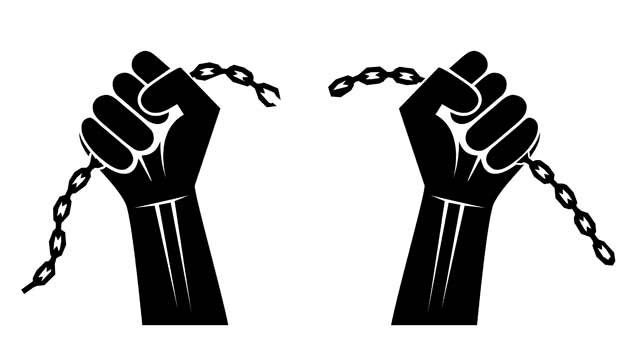 If, indeed, the question: “How to get out of capitalism and go beyond it remains the central question for the Russians, the Chinese, and all the other peoples of the world”, as Samir Amin wrote in 2016, describes the current fundamental challenge of development and social change worldwide, the inspirations to an answer without any doubts can be traced back to the Great Russian Revolution in 1917.

Some historical reminiscences and deliberations on the geo-political consequences of the emergence of the Soviet Union and later the Socialist Camp has been subject of my two-part Debate piece The Russian Revolution and a Myriad of Global Cleavages, published in the Review of African Political Economy. But the legacy of the Russian Revolution is not limited to a global bi-polar political dispensation. There are also lessons on the political economy of development and in particular on industrialization policies to be learnt.

The phenomenal rise of post-war Russia from a backward predominantly agrarian country by the way of forceful industrialization in only two decades to achieve a global super-power position made it the lodestar on the firmament of all those who struggled for national independence and aimed at the industrialization of their young Nation-States. But beside some positive exceptions mainly in Asia (India and China) and Latin America (Brazil) there where not too many successful cases. Thus, more than half a century after the so-called Year of Africa in 1960 the challenge of industrialization – now often named structural transformation – is still on the agenda.

Thus, as we reflect on the Russian Revolution we may ask whether the period of industrialization in the Soviet Union and later the Socialist Countries can provide some instructive lessons.

A closer look into the economic conditions and the political framework of the industrialisation process in the Soviet Union shows quite a number of important peculiarities.

First, size matters – the Soviet Union stretched over a territory 22 million km² and had a population of more than 200 million inhabitants. Soviet leaders gained command over a huge domestic market. Moreover, for a long time the Soviet Union, as the leftwing historian Eric Hobsbawm wrote, ‘…formed a separate and largely self-contained sub-universe both economically and politically. Its relations with the rest of the world economy, capitalist or dominated by the capitalism of the developed countries, were surprisingly scanty.’

Secondly, political determination is decisive. Soviet leaders, in particular under the rule of Stalin, abolished virtually all forms of democratic political participation and opposition. They established a command-economy that applied on the one hand coercion and oppression as well as permanent political motivation campaigns in order to mobilise the necessary labour force.

Third, research and development facilities are important.  Despite that the main focus remained for a long time on ‘more and more of everything’ (more coal, more steel, more electricity, more roads and railways … more state control etc.) it was important from the very beginning that the Soviet Union had access to a huge body of academic institutions and gifted researchers as well as engineers. Furthermore, in the context of the current global ecological crisis, it is important to note that in the 1930s until the 1960s any awareness of environmental concerns hardly existed.

So, compared to the conditions under which the Soviet Union (and the countries of the Socialist Bloc) once industrialised the current conditions for ‘late-industrialisers’ are remarkably different in many regards.

Firstly, the most striking difference is related to size. There are obviously limits to all decisive economic factors: from resource consumption as well as to the levels of (environmental) pollution and to the generation of energy out of fossil recourses. But there are also size-related requirements when it comes to the efficiency parameters of industrial manufacturing which needs large – essentially global – markets. Therefore, in regard to limits of pollution and resource endowment as well as market size, structural transformation in Africa will have to coincide with structural adjustments elsewhere on the globe. In other words: there is no possible industrialisation in Africa without de-industrialisation in other parts of the developed world.  The structures of the current international division of labour will inevitably have to change (see Andy Wynne’s blogpost).

Secondly, while the industrialization of the Soviet Union focused on the establishment of industries which should have reduced the input of human labour (though the technologies in the Socialist Bloc failed to achieve  significant ‘labour saving’ compared to developed capitalist countries) the current industrialisation challenge to the Global South must combine the abundance of human labour (the demographic factor) while extending the limits of material resources (accompanied by the growing ‘production’ of dangerous waste) and the constraints in the supply of renewable energy.

Thirdly, however, there is a striking similarity when it comes to political will and long-term political commitment. Certainly, the political system of the Soviet Union with its very limited or non-existent democratic freedoms is not the model to follow today. But, what is truly needed is a long-term and unwavering commitment in Africa to the ‘project’ of structural transformation, formerly called industrialisation. In order to meet the requirements of market size and the challenges of establishing state of the art research and development facilities a tremendous amount of regional and international co-operation is essential. And this, again, is not a short term ‘project’ which can be completed in one election cycle. Furthermore, a serious structural transformation project has to break with the myth of an inevitable, everlasting extension of a process called globalisation. But even the left today has obvious difficulties in accepting a strategic approach of delinking.

Prabhat Patnaik, the Marxist political economist, believes that we have to confront the necessity of ‘delinking’ ‘from the regime of globalization so that the nation-state acquires an autonomy vis-à-vis international finance capital.‘ As Patnaik wrote in 2017, ‘The need for delinking from the current regime of globalization is often not appreciated within the left, which makes significant segments of the left, no doubt unwittingly, subject to the hegemony of neoliberalism. Breaking out of that hegemony is the first priority for transcending the current conjuncture.’

To conclude, industrial development or structural transformation is a very complex process that cannot be completed successfully in a single country (unless it is very large and politically powerful – which does not apply to the overwhelming majority of the countries in the Global South). Given the inevitable global structural adjustments, this project needs to be based on international co-operation and solidarity – understood as the deliberate respect for the well-intended interests and concerns of partners and the explicit abstinence to make use of historically (colonially) acquired structural advantages.

If the remarkable insight (during the days of the co-called refugee-crisis) of the German Chancellor Angela Merkel – ‘successful global development will not work unless all continents of the world benefit from it’ – acquires any serious meaning then international co-operation and shared development efforts have to become the order of the day.

Arndt Hopfmann studied Economics and African Studies at Karl Marx University in Leipzig between 1977 and 1982. He holds a PhD in development economics. After his academic career he took up various positions in the Rosa-Luxemburg-Stiftung (a political foundation/think tank close to the Left Party in Germany) with which he worked as head of its regional office in Southern Africa (2003–2006). Currently he is researcher and senior advisor on economic and trade issues to the Foundation.