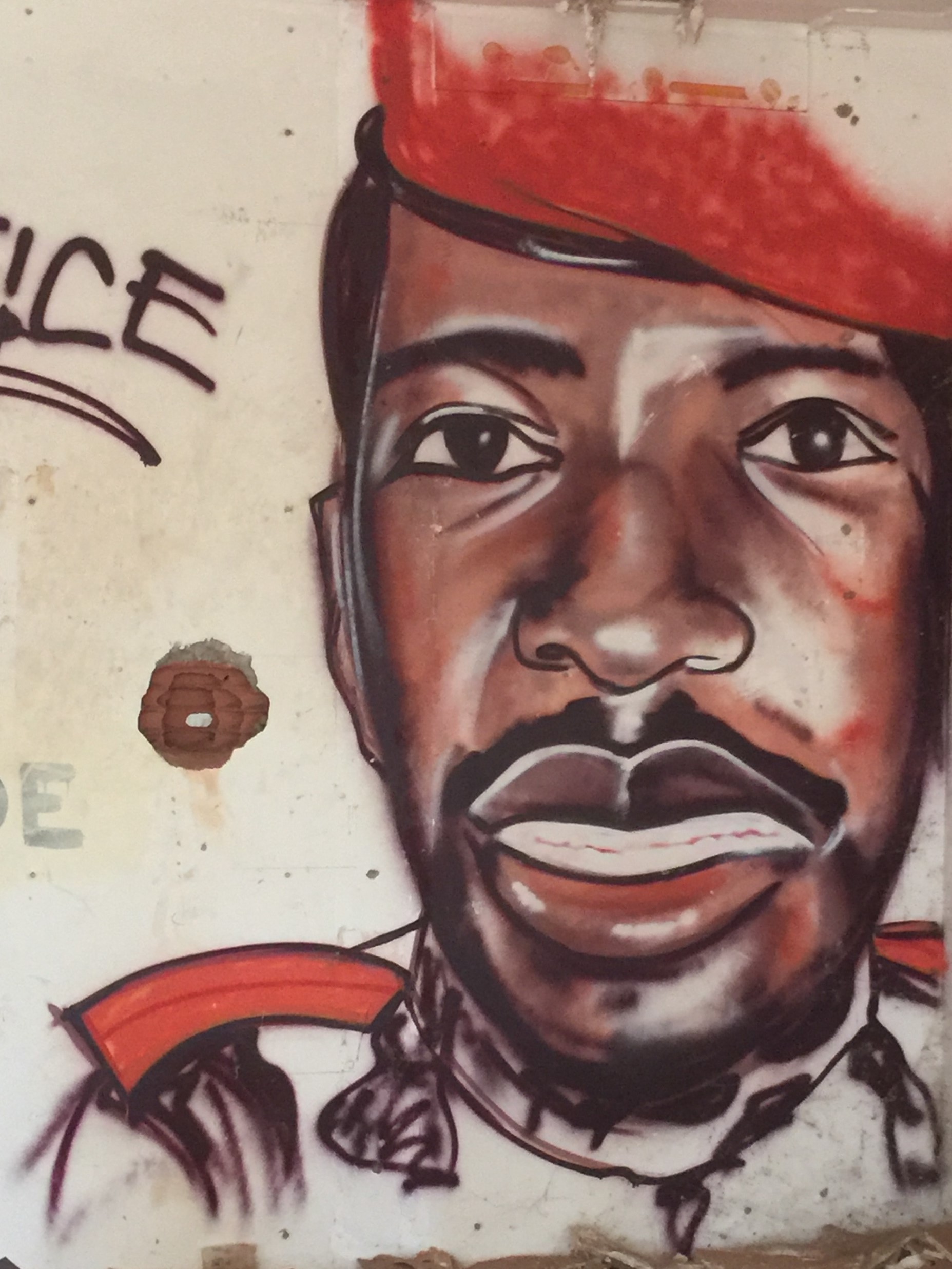 Burkina Faso is a fascinating example of how a long history of socio-political mobilization, the resurgence of interest in a murdered former revolutionary leader, and the digital connections of the social media age have recently coalesced in a successful revolution.

Long-time strongman Blaise Compaoré was overthrown in late October 2014, when hundreds of thousands, predominantly young Burkinabé participated in mass protests in the capital Ouagadougou and the country’s other centres. Almost a year later, in another upsurge of popular mobilization they came out on to the streets again; with massive acts of civil disobedience the popular resistance of September 2015 magnificently defended the new democracy against an attempted military coup.

The young Burkinabé activists at the forefront of the protests have dubbed the events ‘Revolution 2.0’. They did so for two good reasons: on the one hand, they referred to the digital connection of the protestors, journalists and opposition politicians who live-tweeted their way through the chain of events. But the tag also captured the mobilization as a second coming, finding its inspiration through a massive resurgence of interest in Thomas Sankara. Burkina Faso’s former president from 1983 until his murder in October 1987, never entirely ceased to be an inspiration for radical aims and hopes. Frequently he has been called the ‘African Che Guevara’. Yet Sankara’s image, his words, his legacy really became alive again with the massive mobilization of Burkina Faso’s youth from 2013 onwards. 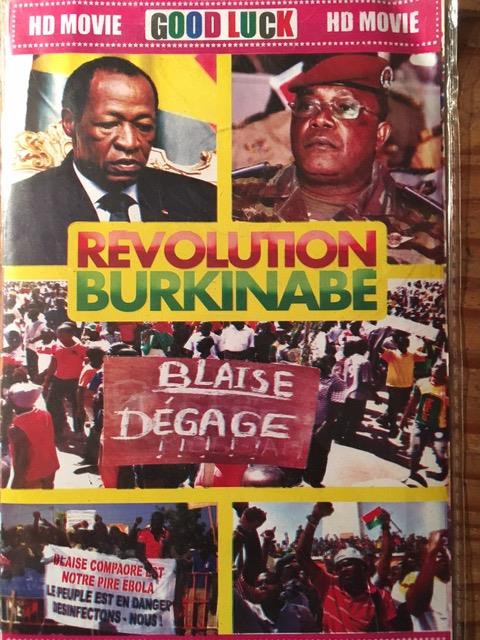 Burkina Faso is one of the poorest African countries; its urbanization rate is still low at 31% (2017), and only 2.15 million Burkinabé (out of a total population of 18.9 million) are active web users today. More than three quarters of those who access the Internet do so through their smart phones, only 20 per cent have access to computer devices. In 2013-2015 these numbers were even much lower; nonetheless the hashtags #Burkina and #Lwili served to provide significant connections.

Popular movements such as Le Balai Citoyen (the ‘Citizen’s Broom’), founded by musician-activists Serge Bambara (known as the rapper ‘Smockey’) and Sams’K Le Jah, who plays reggae, mobilized through concerts, mass meetings and social media. During the frenzied days of street battles, at the Parliament building, on the Place de la Revolution, and elsewhere in 2014, those with smartphones, even though only a minority among the hundreds of thousands of protestors, tweeted events and information, which became a significant part of a remarkably flexible strategy of moving street blockades. Facebook, the most popular social media in the country, was used extensively for organising. While the Compaoré regime shut down sms services (but not the internet), cellphones – even if not internet-enabled – played an important role as transmitters of another, older media form: radio. Independent radio stations played popular rap and reggae songs celebrating Sankara’s life and ideas, and during the insurrection itself broadcast strategic instructions and information.

Burkina Faso in 2014 was no ‘Facebook revolution’. However, social media played an important role in connecting activists from the popular movements, opposition politicians, trade union leaders, and journalists. They shared what was happening on the streets. Twitter images were particularly significant also in joining ‘Revolution 2.0’ with the Burkinabé diaspora in neighbouring West African countries, elsewhere on the continent, and in countries of the ‘Global North’. They also reached influential international media. The President’s attempt to change the country’s Constitution and create a ‘presidency for life’ was increasingly isolated locally and internationally. Digital social media can be credited, in part, for the fact that the 2014 uprising succeeded to bring down the unpopular regime. Opposition leaders and human rights groups had been denouncing the Compaoré regime for years, however earlier waves of fierce protests in the late 1990s, and again in 2011 had stood no chance; they were crushed brutally.

With reference to the uprisings in North Africa that had brought down long-term strongmen there and in other parts of the Arab world, observers have described the Burkinabé insurrection as an ‘African spring’. Indeed, #AfricanSpring was another virulent hashtag although less actively used than #Lwili, named for the traditional fabrics worn in Burkina Faso. The local woven garments had also been intensely promoted by Thomas Sankara during his presidency in the 1980s as part of the project to promote economic self-reliance. 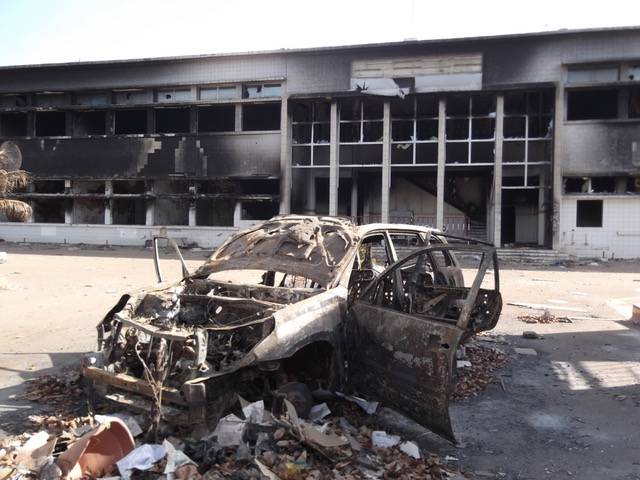 Sankara spoke out strongly, and to the face of powerful Western leaders against repayment of African debts. Under him, Burkina Faso embarked on child immunisation campaigns, and a large-scale campaign to fight desertification. Quite unusual for his time, Sankara promoted women in high positions and banned female circumcision; he is remembered for a powerful speech in which he pronounced that the revolution could not triumph without the emancipation of women. The young leader, attractive in his signature red beret, personally incorruptible, and a keen soccer player and guitarist, took on vested interests internationally and locally, which – as some have pointed out – led to a dangerous situation and eventually his murder and the coup led by his former associate Blaise Compaoré.

Today, Sankara’s message and example are finding enthusiastic admiration among young Africans in Burkina Faso, and beyond. From Burkina Faso, Senegal and The Gambia in the West, to South Africa, Namibia and Zimbabwe in the southern parts of the continent a social media generation has taken to the streets with their posts and tweets and cellphone videos, with their blogs and rap music. They are deeply angry at the postcolonial condition and austerity, at unreformed global racism and corrupt, authoritarian postcolonial elites; they share a great desire for democracy and social justice. In the 21st century young Africans with their smartphones are, arguably, at the forefront of an alternative globalisation from the south.

Heike Becker writes about the intersection of culture and postcolonial politics with a focus on memory politics, popular culture and social movements, some of her work can be found here. Heike is a regular contributor to www.roape.net.

Photographs: Featured photograph is a portrait of Sankara painted on the wall of François Compaoré’s mansion, the economic adviser to the deposed president. The mansion was raided and occupied during the revolution in 2014, it is still held by revolutionary youth (Leo Zeilig, March 2016). The first image in the text is a souvenir DVD of the revolution sold on the streets of the capital Ouagadougou (Heike Becker, December 2014). The second image is a burnt car outside the Assemblée nationale in Ouagadougou, the parliament building was burnt to the ground at the end of October 2014 (Heike Becker, December 2014).