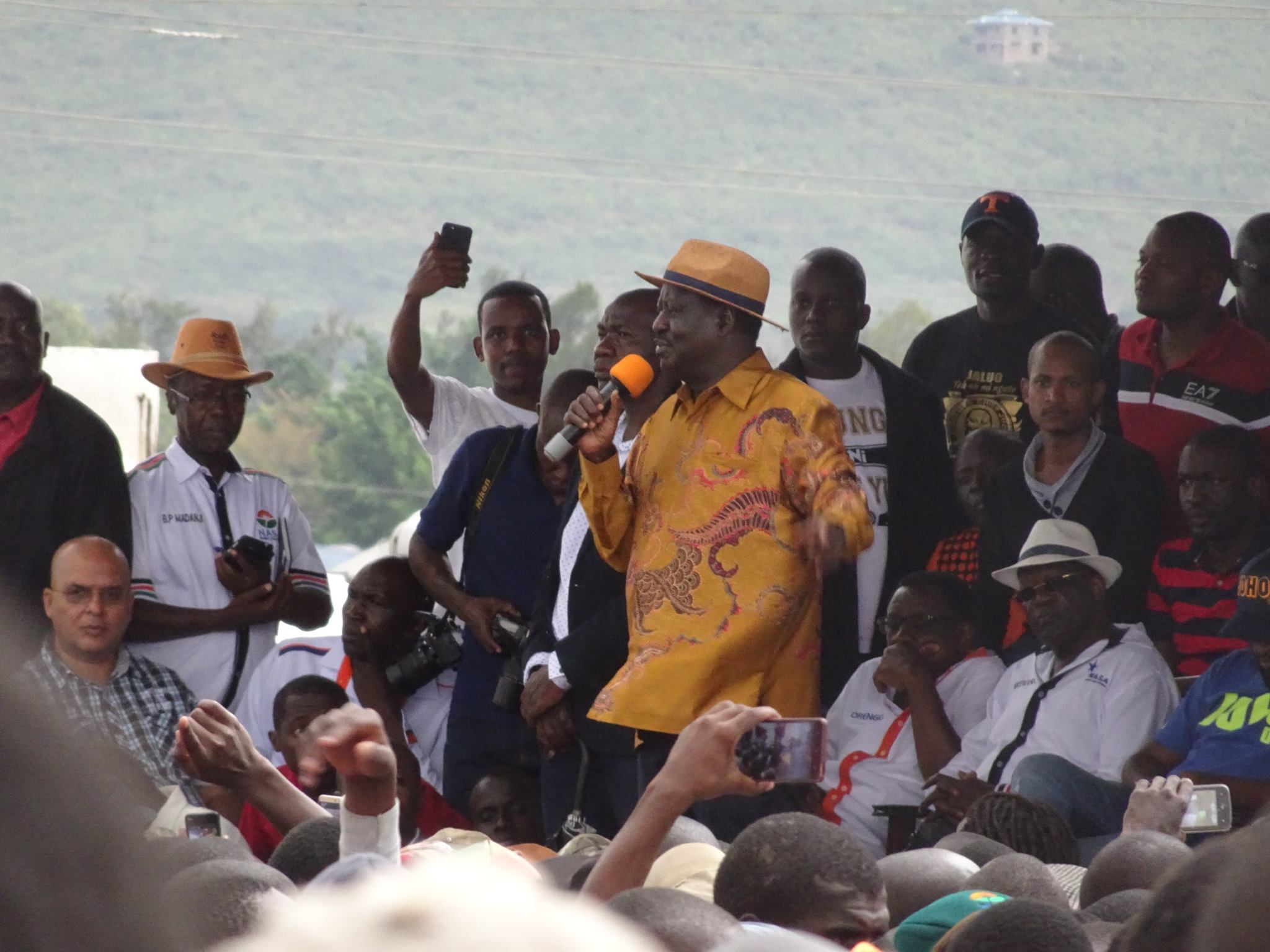 What makes a credible election? As Kenya lurches deeper into political crisis over presidential polls scheduled for October 26, this is a pressing question. The last few weeks have been a political roller-coaster, with repeated, unexpected, shifts and turns; even those close to leading political figures have found it hard to keep up with events – and with the tactics and demands of the main protagonists. When a majority judgment by the Supreme Court annulled the first attempt at a poll on 8 August and ordered fresh elections, the incumbent president, Uhuru Kenyatta, turned his anger not on the electoral commission – whose ‘irregularities and illegalities’ led to the judgment – but on the court itself, whose members he denounced as ‘know-alls’. Now Kenyatta himself has taken a case to the Supreme Court, seeking to force Raila Odinga, his principal opponent, to take part in the coming election – because Odinga has said he will boycott the poll, even though he himself brought the case which led to the first election being annulled.

Why is Kenyatta now so keen on the fresh election, and why is Odinga reluctant? Kenyatta had been declared the winner of the 8 August poll, in which his Jubilee party also won a majority of multiple lower-level elections. He has not shown much enthusiasm for the electoral commission’s subsequent efforts to introduce changes that will make the fresh presidential poll more credible; and one electoral commissioner recently resigned in dramatic circumstances, alleging that necessary reforms are being stymied by political interference. Instead Kenyatta has been campaigning hard, and insists he is confident of victory. He would, he claims, romp home in an election without Odinga – there are other, minor candidates in the race, but they will attract very few votes. Kenyatta wants the legitimacy, international and local, that would come from an election in which he defeats Odinga – though it seems he will push ahead with the election anyway if Odinga refuses to stand.

Flouting established parliamentary practice, Kenyatta’s party has rushed through changes in election law that would make it harder for the court to overturn another result; but the president has held off from assenting to these, seeking to use this as leverage to force Odinga to participate. Odinga, meanwhile, has declared that the changes in procedure are not enough, that he was the real winner in August – and that he would be cheated of victory again in a new poll. He insists that he is not reluctant to face the electorate – but will only do so after comprehensive reforms. In turn, Odinga called for the elections to be postponed – a position that has also been supported by a number of local and international civil society organisations. At the same time, he has called for periodic demonstrations against the Independent Electoral and Boundaries Commission (IEBC) and scheduled polls, and last week told his supporters to wait for his direction on the eve of the scheduled polls as to the plan for collective action.

Behind the calculations – and the posturing – of the two men lies a keen awareness of the realities of Kenya’s electoral politics. Kenya’s politics are ethnic – but not just ethnic. Kenyatta’s support is strongest in central Kenya – and in the Rift Valley, the home area of his deputy, William Ruto. Odinga commands overwhelming support in Nyanza, in the west. But many Kenyans live outside these core strongholds; and even in the strongholds, voters are not simply supporting their candidate out of blind ethnic loyalty. This is also a politics of clientelism; people vote for candidates who will reward, and safeguard the interests of themselves and their community. Clientelism is not everything; the debate over Kenya’s new constitution – which was approved by a clear majority in a 2010 referendum – showed a popular enthusiasm for accountable, devolved government – and Odinga has clearly positioned himself as an advocate for more devolution. But voting on policy grounds against an incumbent, and a perceived likely winner, is a risk for the individual voter, and their community – incumbency is a powerful force in these circumstances. 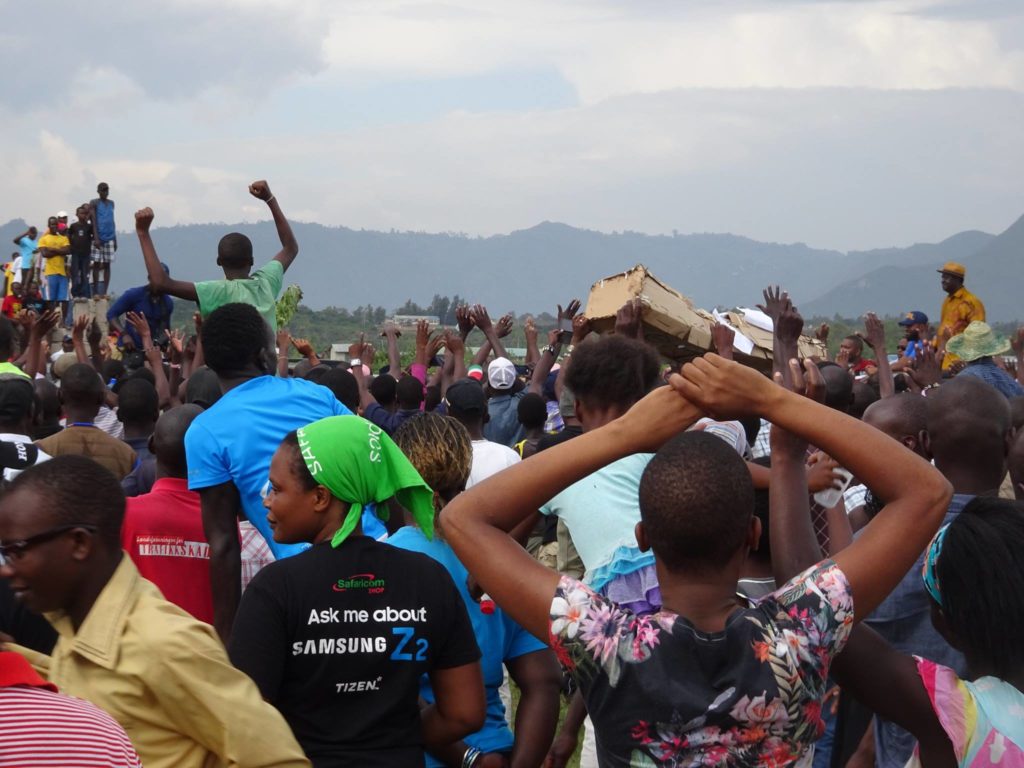 The line between government and state is far from clear, and the president and ruling party have much greater campaign resources. Those resources fund giant rallies and campaign paraphernalia, and also allow the small-scale, ubiquitous gift-giving through which candidates demonstrate their generosity to win the support of voters. In the run-up to the August elections, Kenyatta and Jubilee made determined and effective use of this advantage. Since those polls, they have continued to do so; and Kenyatta’s advantage has been multiplied, as all the lower-level candidates who won seats have strong motivations to campaign for him. If they fail to show enthusiasm, or even worse, if he were to lose, they would lose the patronage that they need to deliver to their local constituents. Many local politicians and former Odinga allies from swing areas – outside the strongholds of the two rivals – have also defected to Kenyatta’s side. That is not simply the result of self-interest (though that often plays a part); it is also because many believe their constituents want them to be on the side of the incumbent government, because that is the most likely route to reward. Kenyatta wants an election because he is the incumbent, and this politics works for him; whether the electoral commission can deliver a problem-free process is a secondary issue for him. For him, a credible election is one with a high turnout and a clear result.

Odinga hailed the Supreme Court decision as a victory. He also argued that it proved the truth of his claim that he had been the real winner. In fact, it fell short of that; the full judgment offered no opinion on how many votes had been cast for each candidate. The election was annulled because the electoral commission failed to follow its own processes, and the law, in the process of tallying and transmitting of results: for the court, a credible election is defined by process. If this was a victory, it was one which handed Odinga a problem; his resources – and those of his supporters at lower levels – had been exhausted by the first campaign. Up against an intransigent government and a chaotic electoral commission, his rhetoric has naturally focused on demands for dramatic changes in the electoral commission, but is underpinned by the fact that the realities of political clientelism place him at a significant disadvantage. For Odinga, a credible election would not only require certain electoral reforms, but also the elimination – or at last, the significant reduction – of the advantages of incumbency: something that Kenyatta will not allow. Whatever the electoral commission do to improve their performance, it seems impossible that this will happen before the election on 26 October – and so Odinga has denounced any poll on that day as not credible.

Meanwhile, others look on. International observers, and diplomats, were wrong-footed by the events after August 8. The relatively smooth polling process distracted attention from the developing fiasco around tallying and transmission. While, in the absence of conclusive evidence that Kenyatta benefitted from the flaws in procedure, few anticipated the decision of the Supreme Court, which went against the legal precedent set during Odinga’s unsuccessful electoral petition in 2013 – when the Supreme Court ruled that, while there were significant procedural problems, the petitioners had not shown that they were systematically in favour of a particular candidate and had changed the overall outcome.

Kenyatta and Odinga have each accused ‘western powers’ of favouring the other. But it seems rather that the governments that have long considered themselves to be allies of Kenya – in relationships that have been close, but also sometimes tense and problematic – are desperate for an election that will reduce the sense of political crisis in Kenya: that is what credible elections would mean for them. But it is by no means clear that polls held on October 26 would meet that criterion. Unable to agree on what a credible election would look like, Kenya is perilously close to holding a presidential poll that satisfies no one.