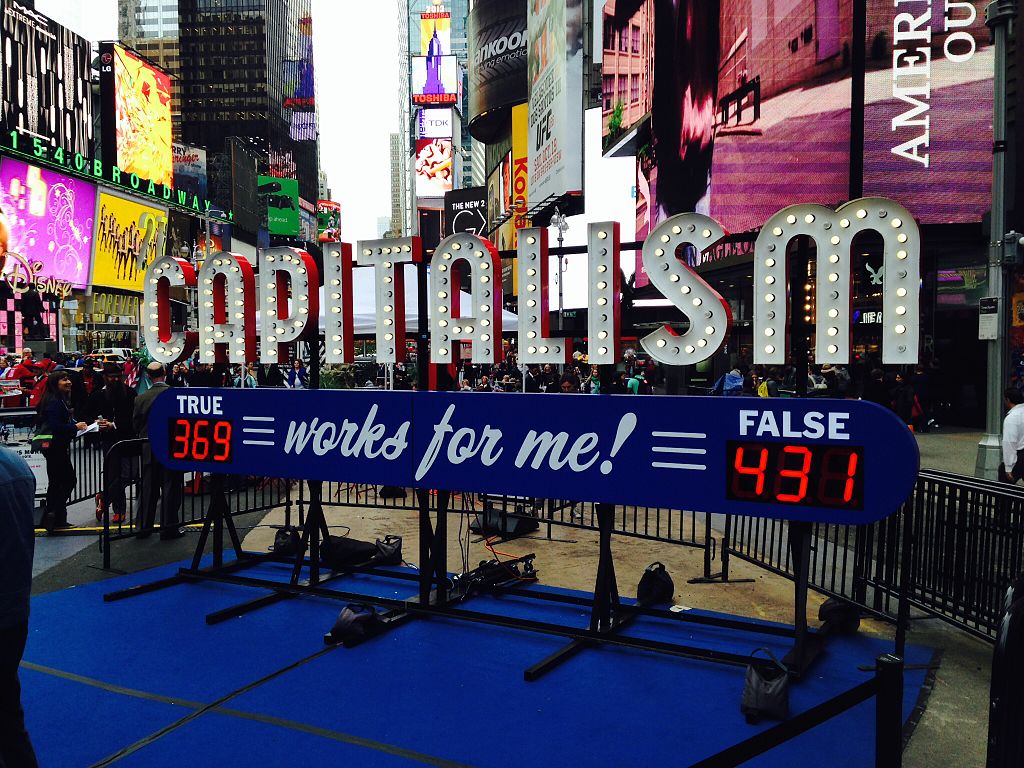 Alexander Anievas and Kerem Nisancioglu, How the West Came to Rule: The Geopolitical Origins of Capitalism (London: Pluto, 2015)

Karl Marx outlined how capitalism came to dominate the world, replacing the feudal and tributary modes of production in his great work Capital. For Marx, this was an international process of geopolitics, combining slavery and colonialism with class struggle.  This book defends and develops this approach and so argues against the ideas of both Political Marxism (especially Robert Benner) and World Systems Theory (developed by Immanuel Wallerstein).  The book is still only the beginnings of a truly global history of the origins of capitalism, but one that has the advantage of undermining racist and Islamophobic views by showing the vital roles played by Africans and Muslims in the ‘rise of the west’.

Alexander Anievas and Kerem Nisancioglu use Leon Trotsky’s theory of uneven and combined development to chart the origins of capitalism initially in England and then across Western Europe and North America. Far from being an internal European development, capitalism began in what was then one of the most backward corners of the Eurasian land mass (north west Europe).  So the history of capitalism becomes part of a global history which removes Europe from the centre of world history and highlights its dependence and success on technological and political economic developments in what were more developed parts of the world.

From empirical observation, Trotsky – one of the leaders of the Bolshevik socialist revolution, one hundred years ago in 1917 – was able to determine that unevenness was the ‘most general law’ of human history.  “As with unevenness, combination has a strong empirical referent: multiple societies do not simply exist hermetically side by side, but interactively co-exist, which by necessity (and to varying degrees) determines their collective social and geographical development and reproduction.”

Trotsky also asserted that for “Russia to reap a certain ‘privilege of historical backwardness’, [it was compelled to continue] adopting and potentially innovating on the most cutting-edge technologies, institutions and material practices ‘pioneered’ by the leading states of the international system.”

Trotsky pointed out that traditional societies “throw away their bows and arrows for rifles all at once, without travelling the road which lay between these two weapons in the past.” He also said that, “historical backwardness does not imply a simple reproduction of the development of advanced countries, England or France, with a delay of one, two, or three centuries.”  Europe may have passed through the stages of tribal, slave, feudal and capitalist modes of production, but Africa had no need to travel the same road since ‘combined development’ provides at least the potential for faster development (and is now, for example, provided with the potential of moving directly to a post-carbon society).

So uneven and combined development, Anievas and Nisancioglu argue, can be understood in three related, yet distinct ways.  First as an ontology, reconstituting the materialist conception of history.  Second, the theory insists on the need to study across time and space different societies and their dialectical influences on each other. And finally, we should study their respective modes of production in concrete historical circumstances. Using this framework of uneven and combined development, the authors chart the global historic rise of capitalism.

Until at least the 13th century, Western Europe had been one of the least developed parts of the world, “the principles of mathematics, navigational inventions, arts of war and significant military technologies [including gunpowder] all originated in the more scientific and militarily advanced Asian societies, only to then eventually pass to the more ‘backward’ European societies.”

During the long 13th century, the peace of the Islamic Mongolian Empire facilitated trade with Western Europe providing access to more advanced technologies, but it also enabled the transmission of the Black Death to Europe which led to the feudal crisis. The “plague-induced demographic crisis spread from the Mongol expansion into Europe, leading to a dramatic rise in peasant revolts and processes of class struggle more generally.” This encouraged the process of peasant differentiation and the development of rich peasants with capital and more land at one extreme and landless labourers at the other.

Anievas and Nisancioglu write that the tributary mode of production of the Ottoman Empire had a central tax-collecting class opposed to the peasantry.  But also the central state controlled the nobility and formally owned all the land.  The peasants had an inalienable right to land, were legally considered free and suffered a lower level of exploitation than the European serfs.  As a result, rural rebellions were not so common. The tributary Ottoman Empire was widely admired and feared, as being more advanced than feudal Christian Europe.

This ‘whip of external necessity’ and the European ‘privilege of historical backwardness’ “were crucial preconditions for the eventual emergence of capitalism in Europe.” As Anievas and Nisancioglu explain, “Ottoman attempts at empire building curtailed the imperial threat of the Hapsburgs, giving Northwestern European states the structural geopolitical space in which modern state-building practices and the formation of capitalism could take place.” The Ottoman Empire also blocked European trade with the East and led to the search for alternatives, ’compelling’ the development of contacts with America and the West Coast of Africa.

The limits of English agrarian capitalism, the authors argue, were overcome with American land, African slave labour and English capital. It also allowed the industrial revolution and the organisation and management of labour in huge factories.

Anievas and Nisancioglu cite Marx, who recognised the role that Africa, America and India played in the development of capitalism in England. The “Atlantic colonies and India provided Britain with the raw materials, mass consumption commodities, capital and external markets crucial to its industrial success”. In contrast, Robert Brenner and Ellen Wood “argued that primitive accumulation was an entirely domestic process.”

Africa was barely less developed economically than Europe until the 17th century. But then from the mid-17th century, African states became involved in the transatlantic slave trade and the associated trade in fire arms. “Plundered of its source of power, wealth and international ‘comparative advantage’ – human labour – Africa was left prone to an emergent relation of subjugation and dependence vis-à-vis Europe, which would come to characterise the later ravages of colonialism on the continent.”

The ‘international’ was also vital for maintaining the rate of profit of early capitalism in England.  This included the ‘New World’ plantations reducing the organic composition of capital and increasing both the absolute and relative surplus value, in addition colonial trade provided much needed demand for manufactured products whilst simultaneously reducing the cost of labour. The plantations also allowed the development of ‘modern’ management techniques needed to mobilise and manage mass industrial labour. Despite this, by the mid-18th century, Indian cotton textiles “still held a leading position in world markets.” “In 1750, India produced approximately 25% of the worlds manufacturing output… by 1880 [this had reduced] to under 3%.”

The unusually competitive and war prone character of the European feudal states system provided the background that enabled the British state to militarily conquer the Bengal Empire in India in 1757.  This invasion allowed the British state to manage the deindustrialisation of India. India in turn provided the material imports for Britain’s industrialisation and a relatively cheap military force which could then be used to extend the British Empire and so open up other markets throughout the world to the products of British capital.

The authors argue that the “origins and history of capitalism can only be properly understood in international or geopolitical terms.” As we have seen they contrast this claim with the two broadly Marxist Schools, including Robert Brenner who locates the rise of capitalism in the internal contradictions of feudal Europe and Paul Sweezy and others who view capitalism as having developed from the growth of markets, commerce and trade across Europe. The authors argue that both of these schools suffer from Eurocentrism and that this has three main problems.

Firstly, “it conceives of the origins and sources of capitalist modernity as a product of developments primarily internal to Europe.” Whereas history shows the coexistence of a multiplicity of societies and their mutual interactions have been important throughout history and particularly for the development of capitalism in Europe. Secondly, “while non-Europe is relegated to an exploited and passive periphery”, “Europe is conceived as the permanent ‘core’ and ‘prime mover’ of history.” This, Anievas and Nisancioglu term, as the presumed historical priority of Europe.

It also assumes, thirdly, that “the European experience of modernity is a universal stage of development through which all societies must pass.” The authors term this linear developmentalism. They strongly reject these approaches.

Anievas and Nisancioglu argue that there is no single linear development of economies as can be read from Marx.  Europe followed a certain number of phases in its politico-economic development. But other regions do not have to follow the same route – and are unlikely to do so.

A fundamental point made throughout the book is that “capitalism could only emerge, take root and reproduce itself – both domestically and internationally – through a violent, coercive, and often war-assistant process subjugating, dominating, and often annihilating many of those social forces that stood in its way – processes that continued to this day.” As they argue, “The invisible hand of the market has always been undergirded by the iron fist of the state.” The authors conclude with the argument that the global origins of capitalism also remind us that “anticapitalism can only be global in scope.”

The book indicates the usefulness of Trotsky’s historical theory of uneven and combined development.  It also usefully indicates that the rise of capitalism in Western Europe was due to a series of historically contingent factors which depended significantly on the more advanced Islamic Ottoman Empire and other Eurasian civilisations (and, I would argue, African societies) Europe may currently be one of the most economically developed areas of the world, but this has not always been the case – and may not always continue to be so.  The origins of capitalism in Western Europe was not related to the more advanced cultures or other, so-called ‘natural attributes’ of its inhabitants.

Anievas and Nisancioglu recognise that more work is needed to provide a fully rounded global history of the origins of capitalism.  In particular, they recognise the need to include a fuller exposition of the roles of China and Africa then they currently provide in this book.  Capitalism has clearly had a revolutionary global impact, especially over the last 150 years, with its internal motor of competition, but what was the motor of pre-capitalist societies or alternatively why did some civilisations last for thousands of years?  It seems more plausible to imagine that invention and innovation were reactions to political-economic developments rather than their cause. There is much more work to be done, but this book provides an important introduction to a truly global history of the origins of capitalism which recognises the vital inputs and roles of a range of non-European societies.