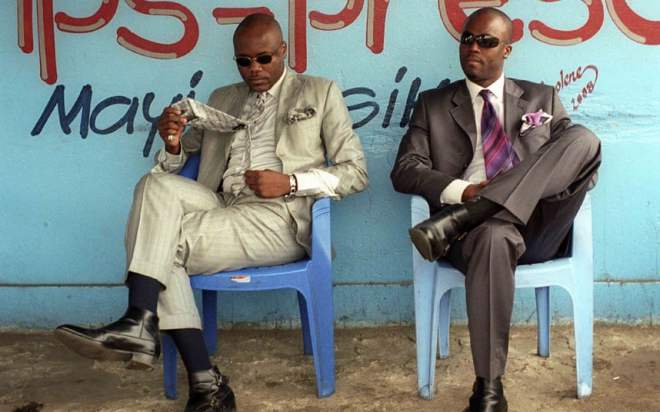 Is another knowledge production of Africa possible? The recent European Conference on African Studies (ECAS) in Basel, Switzerland, the 7th of the now well-established bi-annual gatherings of the European African Studies network AEGIS, raised important questions about how knowledge of the continent is produced.

Epistemological queries were key to ECAS 2017, in any case in my experience of the event, and the many informal conversations I had with colleagues from Europe, Africa, and North America during the event.

ECAS 2017 was an epic affair with about 1,500 registered participants, including a large number from the continent. Packed into the programme were four keynotes, 200+ panels, numerous Round Table discussions, film sessions, and a vibrant, fascinating cultural programme of music, performances, and exhibitions.

It is in the nature of such massive events that any report will be exceptionally partial.  The conference theme, ‘Urban Africa – Urban Africans: New encounters of the urban and the rural’ was explored from a vast array of perspectives.

Of special interest for ROAPE perhaps, several panels explored issues of political economy, social and political movements, ranging from ‘mining and urbanization in rural Africa’ and ‘changing spaces for rural and urban civil society movements in Africa’ through to ‘Ideology and Armed Struggle in Contemporary Africa’. Political movements and protest were prominent concerns; some focused-on youth-led leadership and participation, others investigated in historical perspective how the concept of insurgent citizenship was related to laying claim to urban spaces. Discussions on capitalism, class formation, and social distinction focused on indigenous capitalist entrepreneurship on the continent, on rural-urban mobilities and the (re)production of class, but also considered the everyday minutiae of urban and rural lives as categories of social distinction.

Keynote: What is the point of African Studies?

Central to ECAS 2017’s opening session was the keynote address, entitled ‘Urbane Scholarship: Studying Africa, Understanding the World’, delivered powerfully and with much graceful humour by Elisio Macamo of Basel’s Centre of African Studies (see Macamo’s ROAPE blog). Elisio’s lecture was a tour de force of questions addressing the pressing question: “What is the point of African Studies?” What indeed?

In characteristic honesty Elisio started by telling the packed audience about the vibrant critique he had received from “younger colleagues” who had admonished him for giving a keynote that doubled up as the International Africa Institute’s (IAI) Lugard lecture. How on earth they had queried him, could a leading critical scholar from the continent speak in the name of that despicable colonialist, Lord Lugard? How could this possibly be compromised with the calls to decolonize the mind, academic institutions, indeed, knowledge itself? “#LugardMustFall”, one critic tweeted, referencing the vibrant ‘fallist’ decolonization movements in South Africa.

The IAI instituted the ‘Lugard Lecture’ in 1948 in memory of Lord Lugard, its founding chairman, as “an award for meritorious work in the field of African studies”. On the IAI website it says that, it is “aiming to open up new perspectives on Africa in a constantly changing world”.

Elisio’s lecture responded, directly and implicitly to key issues that have been raised over the past few years robustly in classrooms and in the streets: How to go about decolonising the mind? How do we relate to the intellectual traditions that scholars of Africa have to negotiate? What is the meaning of the colonial origins of African studies? How do we go about imagining new ways of “doing things” in African Studies, on the continent, and beyond?

Is there a possibility for ‘urbane scholarship’, Elisio asked, as a sophisticated way of living in and engaging with the world; can we, at once, move forward and accept the responsibility of intellectual traditions that include an ‘ancestor’ like Lugard? His take was, yes, we have to accept the responsibility to do this in our endeavour of ‘world-making’ from the continent.

Technologies, connectivities, and the everyday: panels and themes

If any theme stood out, the conference made clear that the connections between technology, politics and the everyday have found increased attention in African Studies. Many questions were raised about how technological infrastructure projects and connectivities are reshaping social change and the urban-rural divide. Social media and the political sphere were looked into on different panels, some focused on ‘textual’ and technical analysis, others taking an ethnographic – people-centred – perspective. At the intersection of aesthetics and politics, art, popular culture, and memorialisation as social, spatial practices and politics took up considerable space, together with discussions of the political economy of art, literature and performance in urban African spaces.

A remarkable feature of ECAS 2017 was the emphasis on the everyday of social life. Exploring urban life through the lens of the ordinary included, among others, thinking through bus stations as central social spaces, or contemplating the significance of leisure in the making of the African City.  The everyday-ness of politics and entangled citizenship was stressed as well. A number of panels explored urbanity and religiosity. Interestingly, sexuality and especially sexual diversity emerged as a prominent theme, connecting again popular culture and the organisation and dynamics of LGBTI activism. Rather absent, on the other hand, especially when compared with the prominence such themes occupied a few years ago, were issues of reproductive health. Panels on urban health seemed primarily interested in the political economy of healthcare; a particularly interesting panel explored the recent ‘wellness craze’ in African cities, and how this phenomenon articulates the intersection of anxieties and aspirations with religious and therapeutic practices.

While a few panels had a decided local or national focus, many had a regional or continent-wide reach. Some explicitly challenged long-standing (and indeed colonial) intellectual divisions of labour; a panel on political cultures on the central African copperbelt, for instance, combined the Anglophone research focus on the Zambian side, and the – quite disparate – historical trajectories of Belgian-based research on the Congolese section of the region.

Africa’s connections to the global world, and how the African city and its inhabitants are part of and co-shape global formations, emerged as another new theme, while some panels also engaged explorations of African research and publishing in the global knowledge economy. These themes again took up the urgent political and epistemological questions that were raised at the conference opening: What is the point of African Studies? Answers differed, but the vibrant discussions, and the challenging interventions by African scholars based on and off the continent give much hope that something new is fermenting in African Studies.