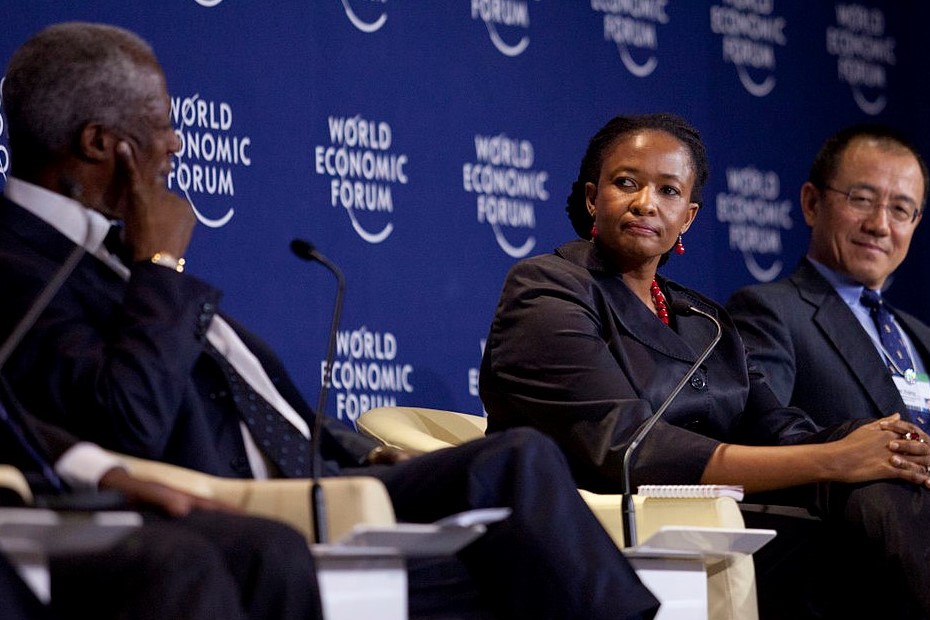 China’s presence in Africa has grown dramatically in the twenty-first century. Neoliberal privatization and trade agreements opened up investment opportunities not only for the West but also for China, heightening rivalries between the two. China has emerged as a dominant powerhouse in Africa, not only securing drilling and mineral rights across the continent, but cementing political allegiances with African regimes through development projects such as dams, roads and bridges. Chinese leaders have very actively cultivated these relationships with frequent high-profile visits since the start of the African “boom” in the early 2000s. Loans from China to poor countries, mainly in Africa, have surpassed those from the World Bank.

With their emphasis on such barter arrangements, the economic and political character of the Chinese projection into Africa differs from that of the U.S. and the former colonial powers. But China is no kinder, gentler imperial option: just like 19th century colonialists, when the Chinese build roads and schools, the goal is to facilitate resource extraction and build allegiances. Chinese investment and infrastructure-building has reproduced the inequality and exploitation that likewise accompanies imperialism in its Western form.

The scale of China’s economic involvement in Africa has grown enormously in the twenty-first century. Chinese foreign direct investment (FDI) in Africa has been massive, and more than 2,200 Chinese enterprises are currently operating in sub-Saharan Africa, most of them private firms.[1] During the global economic crisis of 2008-2009, Chinese capital successfully sought outlets for investment overseas in the face of a failing domestic market and excess capital, while the European Union (EU) and U.S. floundered.

The U.S. and the former colonial powers of Britain and France together represent approximately two-thirds of the total FDI in Africa, with the value for each country’s stock approximately double that of Chinese companies.[2] However, where the stock of FDI in sub-Saharan Africa from the EU, China, Japan and the U.S. grew by nearly five times between 2001 and 2012, this growth was primarily driven by China: FDI from China outstripped that from the U.S. by 53 percent compared to 14 percent.[3]

South Africa has received the bulk of Chinese investment, approximately one-third of the investment total.[4] Other prominent areas for Chinese FDI include Nigeria, Sudan, and Zambia, while its reach encompasses most of the continent. Oil and mining have captured the bulk of Chinese investment, but as with Western FDI, there has been movement into the financial services, construction, and manufacturing sectors, including technology, media and telecommunications.[5] Howard French, author of China’s Second Continent, suggests that rising labour costs and ecological concerns in China have pushed light manufacturing to turn to Africa.

From Kenya’s Thika Superhighway to a new $200 million African Union headquarters in Addis Ababa, Ethiopia, infrastructure-building has been a high-profile component of deepening Chinese involvement in Africa. Two-thirds of Africa’s infrastructure has been funded by China.  Chinese leader Xi Jinping committed to a new round of loans and aid totaling $60 billion in 2015, with a large portion of the funds directed at South African infrastructure, Zimbabwean projects and other initiatives. Xi also announced drought relief for the continent. All told, if Chinese pledges materialize, $1 trillion in project funding will arrive in African countries by 2025.[6]

Trade between Africa and the rest of the world has increased by 200% since 2000. China surpassed American trade with Africa in 2009 to become Africa’s single largest trading partner. Europe’s share of total trade with Africa fell by approximately one-quarter during the millennium’s first decade, while China’s share increased by approximately 40%. As described by the World Bank, “One-third of China’s energy imports come from SSA, a vital trade link, especially as energy consumption rates in China have grown by more than twice the global average over the past 10 years.”[7]

Yet, they continue, despite the deeper “involvement” of China, industrialization has failed to advance in much of Africa. Tunde Oyateru has pointed out, despite the relative growth of FDI into Africa, within the wider global economy, the bulk of investment flows largely bypass the continent altogether, remaining concentrated between the advanced economies. Africa thus represents “one percent and 3.4 percent of the total percentage of FDI by the US and China respectively; numbers that barely constitute a skip let alone a scramble for Africa.”[8]

China’s involvement has generated hypocritical hand-wringing from Western investors who claimed that China’s loans to Africa would pave the way for economic crisis down the road. The Financial Times commented at the height of the boom that China’s operations in Africa, “draws comparisons with Africa’s past relationship with European colonial powers, which exploited the continent’s natural resources but failed to encourage more labor-intensive industry.”[9] Yet missing from such comments are a reality check on the central role that Western colonialism and structural adjustment have themselves played in that deindustrialization process that set the stage for a renewed round of debt and crisis.

Intensified competition in the present era has driven a new militarization on the part of both the U.S. and China. China’s priorities reflect both concerns over investments, but also a wider interest in projecting its own preeminence. In the decade up to 2014, China’s official military budget grew an average of 9.5 percent per year.[10] In fact, China’s infrastructure investment can be partly understood as a precursor to a military footprint on the continent. As reported by The New York Times:

China announced [in late 2015] that it would establish its first overseas military outpost and unveiled a sweeping plan to reorganize its military into a more agile force capable of projecting power abroad. The outpost, in the East African nation of Djibouti, breaks with Beijing’s longstanding policy against emulating the United States in building military facilities abroad. The Foreign Ministry refrained from describing the new installation as a military base, saying it would be used to resupply Chinese Navy ships that have been participating in United Nations antipiracy missions. Yet by establishing an outpost in the Horn of Africa — more than 4,800 miles away from Beijing and near some of the world’s most volatile regions — President Xi Jinping is leading the military beyond its historical focus on protecting the nation’s borders.[11]

As J. Peter Pham of the Africa Center at the Atlantic Council commented, “U.S. global leadership is predicated heavily on the U.S. role in protecting and to an extent controlling sea lanes of communication. If China establishes itself as a fellow protector of the global commons, then it certainly increases its stature.”[12]

The foundation for this decisive turn was laid in the preceding decade, with smaller scale operations marking China’s widening military presence. Francis Njubi Nesbitt writes that “China has also participated in peacekeeping operations, anti-piracy campaigns, and post-war reconstruction efforts around the continent…. It is the third-largest exporter of conventional and small arms to Africa after Germany and Russia. China also provides training for military officers and maintains military-military exchanges with a reported twenty-five African countries.”[13]

The rise of China in Africa has heightened militarization by the U.S., with major increases by the previous Obama administration for arms sales and military training in African countries.  Meanwhile, when commodity prices crashed worldwide in early 2016, China announced that imports from Africa had fallen by a full 40 percent and currencies in the two largest economies, Nigeria and South Africa, plummeted to their lowest levels ever. These falls have created a new round of crises for African nations needing to repay Chinese infrastructure loans, an outcome of the precarious nature of Africa’s resource-driven growth. With the very real danger of economic downturn, an arms race on the African continent is an ominous sign of volatility ahead.

Lee Wengraf writes on Africa for the International Socialist Review, Counterpunch, Pambazuka News and AllAfrica.com. Her new book Extracting Profit: Neoliberalism, Imperialism and the New Scramble for Africa will be published by Haymarket in 2018.