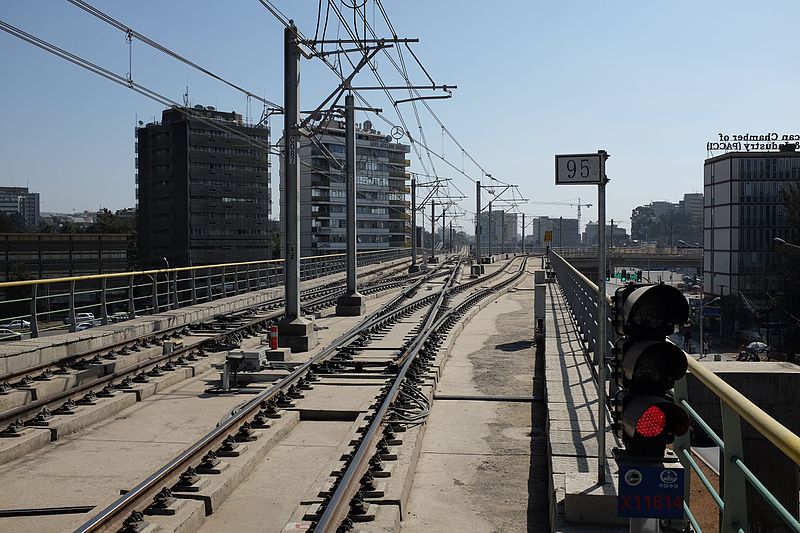 This blogpost is part of a series composed by Masters students on the African Development course at the London School of Economics and Political Science. They represent the views of an emerging body of critical young scholars interested in structural transformation and growth in African economies. The series will be featured over the coming months on roape.net, Africa@LSE and ID@LSE blogposts.

Industrial policy is making a comeback in both mainstream and heterodox literature as noted by Pádraig Carmody in this blog series. For years, critical political economists have been sceptical about the future prospects for African industrialisation considering the restrictive policies put in place by neoliberal institutions such as the World Trade Organization (WTO). After briefly discussing what form industrial policy should adopt today, we suggest that the current crisis in neoliberal globalisation, best represented by Donald Trump’s election as the US president, may result in an unintended increase in policy space for African nations to engage in industrial policy, upgrade their economies and move up into global value chains.

From 18th century Britain to the more recent East Asian miracle, development has been synonymous with ‘industrialisation’. While sub-Saharan Africa has grown at an average rate of 5% over the past 15 years, this was largely driven by a boom in commodity prices, and Africa’s industrial sector remained underdeveloped. Falling commodity prices have already fallen and Africa’s growth rates in recent years reflect this – expected to be just about 3% in 2017. This short lived growth symbolises Samir Amin’s concept of ‘development of underdevelopment’ whereby growth does not translate into broader economic transformation and poor countries remain in their peripheral position in the global economic order (see the ROAPE interview with Samir Amin here).

Industrialisation, defined here as the deliberate process of introducing large-scale manufacturing, advanced technical enterprises, technological upgrading and an overall shift from low productivity activities to high productivity ones, is argued to be critical for Africa to improve the living realities of millions of its residents. The Prebisch–Singer thesis for example suggests that industrialisation is the most promising process to free developing nations from their subordinate status in the global economy in the long run.

East Asia’s remarkable economic rise was characterised by a significant increase in the share of manufacturing and dirigiste policies including the promotion of certain sectors over others, the control over state’s finances and the implementation of disciplinary measures to private capital for the creation of competitive industries; the so called ‘carrots and sticks approach’. This model succeeded in not only lifting millions out of poverty but it also allowed ‘late-comers’ to catch-up with early industrialisers and compete with them, defying the deterministic assumptions of dependency scholars. Two important points to note. Firstly, East Asian countries transformed their economies using industrial policies that explicitly rejected the neoliberal paradigm that became the dominant, fashionable development strategy from the late 1970s. Secondly, this developmental story came with violent processes including large scale land grabbing, a rise in inequalities and serious environmental damage, and extremely harsh forms of authoritarianism.

Industrialisation, like any major transformation, creates winners and losers, yet future industrial strategies do not necessarily have to be as socially and environmentally devastating as they were elsewhere. African nations could engineer a comprehensive set of social and environmental policies to balance the negative impacts of industrialisation and ensure more inclusive and sustainable forms of growth.  However, analytical caution should be applied: despite achieving significant growth rates, of around 8% between 2004 and 2014, with an increase in the share of manufacturing since 2012, Ethiopia’s acclaimed growth is accompanied by persistent popular protests and the permanent risk of large scale popular uprising. The failure of the government to address mounting social demands and inclusively distribute the gains of the country’s growth, represents a real challenge to the sustainability of Ethiopia’s developmental model.

A comment by Ray Bush on Carmody’s blog on roape.net suggests that industrial policy should be accompanied with a broader set of transformative measures including the use of agricultural policies, the redefinition of the relationship between town and country and the establishment of sovereign surplus funds, which would distribute surpluses democratically to citizens. Indeed, we would argue along that the challenge today is in shaping developmental institutions that have the potential to create long-term growth and structural transformation while creating social institutions that ensure inclusiveness and abide by democratic rules that respect the human rights. These are some of the considerable challenges of industrialisation on the continent today.

Over the past forty years the majority of African nations have seen their policy space constrained by International Financial Institutions (IFIs) to engage in industrial policy or to ‘learn by doing’. Internal factors such as the given country’s political settlement, state-capitalists’ relations, the distribution of power across classes, and the exposure of the country to internal and external threats, these ‘systemic vulnerabilities’, are all critical factors in understanding the dynamics behind industrial policy in previous experiences of rapid industrialisation. However, we must focus on global structural factors which have largely limited African states’ ability to adopt industrial policy.

Despite the strong theoretical and empirical evidence behind the effectiveness of industrialisation in transforming economies, for decades, African nations have been restricted from engaging in comprehensive industrial policies by IFIs. Rooted in the neoliberal paradigm, IFIs have often advised African nations to focus on their ‘comparative advantage’ in natural resources and agriculture while staying away from industrial programme. According to the neo-classical theory of comparative advantage activities that ensure rapid gains in order to engage in expensive scale ups or the establishment of backward and forward linkages, can harm growth. This policy orthodoxy has been a disaster for the continent.

These restrictions have resulted in a significant wave of deindustrialisation across the continent over the past three decades. According to World Bank Data, from 1983 to 2009 the contribution of sub-Saharan Africa’s manufacturing to the economy dropped from 15.2% to 9.8%, the lowest share in any developing region. Not surprisingly, Ethiopia, the so called new ‘African industrial powerhouse’ is a non-WTO member. In fact, many of the instruments used by the Ethiopian government in its development strategy—tariffs, direct state subsidies, non-tariff barriers, are restricted by the WTO, several bilateral trade agreements and other forms of conditionality.

However, if norms and regulations in international trade have made it difficult for African nations to upgrade their economies and move up global value chains in the past, some recent shifts, mainly the weakening of the intellectual legitimacy of the neoliberal paradigm and the election of nationalist leaders with protectionist agendas in developed nations, may unintentionally provide African nations with more policy space for the adoption of industrial strategies.  The 2008 financial crisis represents an important shift in this direction. Rich nations, it’s worth recalling, which had long advocated for free trade and the restriction of state intervention in the economy, undertook massive bailout plans to protect and rescue their industries. For instance, in 2008 the US spent $17.4 billion to bailout its automobile industry alone.

Moreover, the overall failure of structural adjustment programmes to deliver sustainable and transformative growth and the sharp increases in inequality levels across the African continent have raised serious concerns about the ability of so-called free-trade to respond to the developmental needs of the continent. This concern seems to have penetrated the structures of the IMF, which published in June 2016 a report entitled Neoliberalism: Oversold? in which the notorious institution of globalisation expressed scepticism regarding the benefits of unfettered markets.

The recent election of Donald Trump, a vocal advocate for the revival of the American manufacturing industry, as the president of the US, has the potential of accelerating the intellectual erosion of free-trade globalisation. Within his two first months in office, President Trump has called for the adoption of protectionist measures such as high tariffs on imports to achieve what he called a “new industrial revolution” for the United States. He has also announced the removal of the US from the Trans-Pacific Partnership and has promised to revise some major free-trade agreements. Similarly, Theresa May’s government in the UK has announced a return to industrial policy on several occasions and has drafted an industrial strategy which promises new ‘sectoral deals’ and large scale infrastructural projects. From the world’s two most powerful champions of free trade, these statements – even if still at the level of rhetoric – are extremely significant. Can these rhetorical shifts make industrial policy more acceptable for African nations?

Indeed, Donald Trump’s Trade Policy Agenda, publically released in late February 2017, signals an important break from the previous U.S. approach to international trade. The policy agenda announced that the US will ignore WTO rulings if these are judged to go against its interests. The 336-page report also mentions that the US will consider leaving the WTO, if the international institution attempts to infringe with its sovereignty.

The vocal criticism of the US of the widespread damages caused by free-trade and global integration significantly undermines the hegemonic position that neoliberalism has enjoyed so far. Protectionist measures and industrial policy severely weakens the ability of the WTO to impose a different set of prescriptions on low income and middle income nations. Hence, the current backlash against unrestrained globalisation represented by the Brexit vote and the election of Donald Trump, and the consequent shift in rhetoric and action regarding free-trade, will surely impact power dynamics within the WTO and increase African nations’ bargaining power within the institution.

While Trump’s policies include massive cuts to public spending and tax-breaks for the wealthiest – the global 1 % –  an unintended consequence of his ‘America First’ policy is to widen space for African states to engage in industrial policy. These are potential opportunities. Yet we should not ignore the fact that the Trump’s ‘America First’ strategy could see the repeal of AGOA which provides trade preferences and duty-free entry into the US market for certain goods coming from sub-Saharan Africa.

We do not intend to suggest that the paradigm of neoliberal globalisation is over, far from it. However, the failure of structural adjustment programmes, the sharp increase in social inequalities, the 2008 financial crisis and the election of a free-trade skeptic at the head of the US, pose serious challenges to the legitimacy of the current paradigm. In 1962 the philosopher Thomas Kuhn argued that ‘paradigm shifts’ in scientific development emerge in reaction to mounting anomalies in dominant models and the development of new paradigms. The task is to frame a comprehensive alternative to the current order, one that does not only deliver economic transformation to the continent, but also ensures equality and justice.

Tinhinan El Kadi and Avelino Chimbulo are Master students in Development Studies at the London School of Economics and Political Science. Their interests are the political economy of social policy and industrial reform for development in Africa.