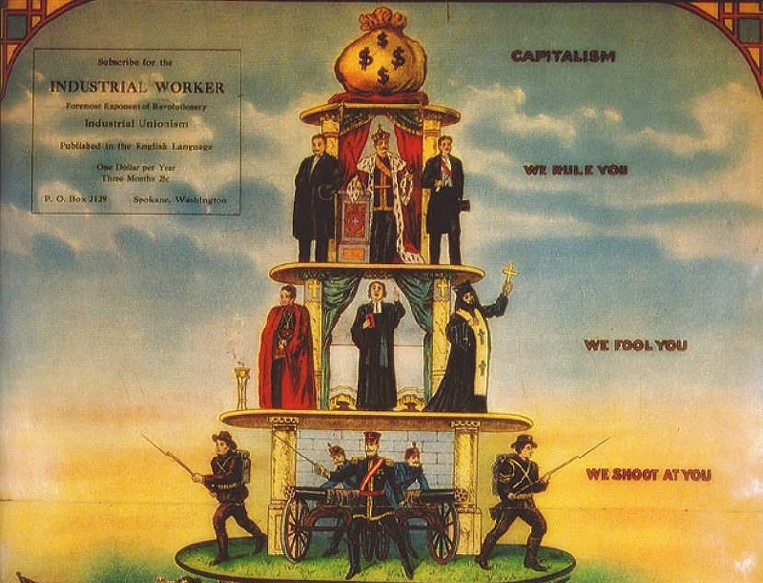 In a world where the logic of capitalism forces the unemployed into precarious employment, yet insists that we all constantly ‘improve’ ourselves, Faisal Garba reviews two books that ask what is the role of knowledge production.

Sociologists Klaus Dörre, Stephan Lessenich and Hartmut Rosa’s answer is to unpick the myriad ways capitalism disposes, coerces and habituates people in the service of a system reliant on exploitation and inequality. While Manuela Boatcă’s answer to the question is bound-up in an approach that sees inequality as the product of a historical and ongoing relationship of exploitative domination between the West and its many peripheries. Boatcă offers us a reading of inequality as a product of globally unequal capitalist accumulation built on enslavement, forced and cheap labour and gendered exploitation. In a time of radical reforms – and movements – in higher education in Africa these books help us to understand history and the challenges we face.

With the receding of serious and critical research it is refreshing to come across high-quality scholarly works that critique society with a view to facilitating fundamental social transformation at a global level. Although not grounded in the Africa’s experience, the two books reviewed here challenge the justification of market dogma on the continent as the necessary path of all societies. Both books offer insightful analysis of contemporary global capitalism: Dörre, Rosa and Lessenich analyse contemporary modes of accumulation; the creation of accompanying subjectivity; and the desecration of the human and social fabric. While Boatcă’s book tackles the theoretical and methodological limitations of the rampant eurocentrism that underpins even seemingly progressive strands of inequality studies. By highlighting Europe’s  intricate relationship with the production and maintenance of grotesque inequalities – inequalities that have historically been cordoned off within Europe’s internal frontiers and its colonial periphery – but which has now broken their barriers. 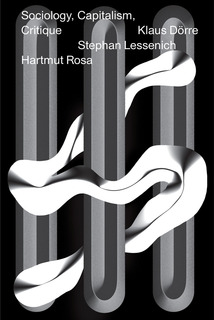 Sociology, Capitalism and Critique was first published in German in 2009 as an attempt to come to terms with the sources, meanings and implications of the capitalist financial crisis that began in 2008. The English edition published in 2014 includes a postscript that updates the original arguments. Divided into three parts, the three Jena-based sociologists began by putting forward their individual positions on contemporary capitalist society [1]. They then engaged in a robust and collegial debate on what they see as the weaknesses of each other’s approach, and conclude by attempting a synthesis of their positions, without ceding grounds on what they hold to be core differences in their approaches.

Klaus Dorre’s key theoretical concept is Landnähme which he develops from Rosa Luxemburg’s explanation of imperialist accumulation [2]. The basic thesis is as follows. By dint of excessive competition and hampered by the natural limit of available (natural) resources in a regular sphere of operations, capitalists conquer territory across the globe in search of inputs, investments and markets. Luxemburg, in this way, anticipated the new conquest of Africa via the recolonization of land in the wave of ongoing land grabs carried out by Western, Chinese, Brazilian, Indian and South African capital. Dörre takes the theoretical base of Luxembourg’s landnähme – the commodification/privatization of the communal/non-commodity – and extends it to capture internal and external forms of capitalist accumulation today. The dismembering of embedded liberalism in the West, the decimation of the welfare state, the increase in and normalisation of precarious employment, and the conversion of hitherto de-commodified social goods into trade-able commodities all count for the extension of the realm of capitalist accumulation and therefore constitute landnähme. In Dörre’s argument land is a synonym for what is ‘accumulated’ or to use David Harvey’s term, disposed, from the worker who is forced to take a pay cut and work under temporary contract.

Dörre’s political-economy starting point contradicts with Hartmut Rosa’s cultural theoretical perspective. Rosa sees the economic as part of the broad cultural structure of a society. For him the defining feature of contemporary capitalism is the search and maintenance of constant movement or what he refers to as ‘dynamisation’. The modern to him is defined by the search for ‘increase, growth and pace’. The effect is that everything including the (liberal to social democratic) state is subsumed under the ever-mobile force of capital given the slow pace at which democratic processes unfold.

Lessenich deploys a Foucauldian and neo-Marxist perspective to come up with what he calls ‘activation’ as the defining feature of what all three authors call late capitalism. Lessenich sees the state as co-creating subjects well-adjusted for market participation. The state does this in particular through the welfare system where the unemployed are made to take up low-paying jobs or risk losing unemployment benefits. ‘Activation’ refers to how structures of domination create a market subjectivity that relies on an ethos of work to induce conducive behaviour.

The obvious continuities aside, there are marked differences among the three collaborators. This is the focus of the debate section of the book. Dörre the political-economist labels Rosa, the cultural theoretician, an exponent of a ‘detached conservative outlook’ that posits a generalized human carnage without attention to the social differentiation that has brought the world to the edge of environmental disaster. Dörre sees Lessenich as engaging in a sort of ‘miserablism’ through his Foucauldian ‘governmentality approach’ that minimizes market relations in favour of purely political processes.

Rosa, however, sees in Dörre an economic reductionism that is unable to appreciate extra-economic social relations. While Lessenich is doing the impossible by attempting to weave together an incompatible neo-Marxist and Foucauldian approach. Lessenich believes that Dörre is unable to see the balancing-act and contestation inside and over the state: between the state a that can respond to democratic pressures from below with the market facilitating pressures from above. Like Dörre, Lessenich counts Rosa’s approach as ‘detached scholarship’ with little social roots. 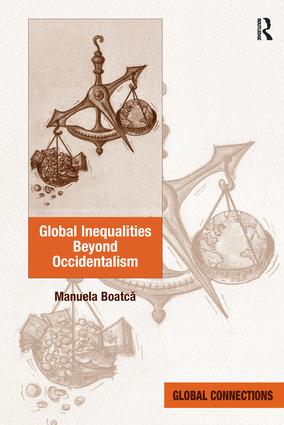 Operating from a World Systems and decolonial approach, Manuela Boatcă, a sociologist based at the University of Freiburg, addresses herself to the present manifestation of longstanding inequality wrought by capitalism as a global system. Her 2015 book provides a close reading of both Marxist and Weberian approaches to inequality with a view to mapping the outlines of a theory of inequality that is not tied to a particular locale while making universal claims. Her work offers a useful critique of Dörre, Rosa and Lesenich. Whereas they discuss the question of migration and the exploitation or objectification of migrants in very nuanced terms their varied approaches contain a familiar tinge of the ‘outsiders’. Not so with Boatcă’s approach to global interconnections, she points towards a different way of thinking about societies – as political communities that are made and remade by the in-and-out-movement of people instead of a coherent historical base that receives ‘outsiders’ over time.

Locating the arguments of all fours authors in Africa’s historical experiences and contemporary trajectory, can we envisage research questions that could form the basis of a project? Here the works of two authors, Dörre and Boatcă, are of more direct relevance to us. The Africa Rising rhetoric that seemed to herald another neoliberal blitzkrieg in the name of economic rationality, private sector development and the financial market as a motor of poverty alleviation, is creating a new form of class configuration in Africa. It will be useful to investigate exactly how the new economic model disposes people of collective goods that provide the basis for informal welfare in a setting where the state is largely absent as a source of welfare of any kind to the poor. How does the privatization of public enterprises, the introduction of user fees for basic necessities, de-industrialization and the entrenchment of anti-welfare social policy create avenues of accumulation for local and international capital? Taking Boatcă’s methodological admonition not to provide case studies to prove theories whose conception is sired by historical amnesia, the task I have in mind would contend with how we can reconstruct the landnähme theory from a broader geographical frame. In the case of Africa we could do this in order to understand how imperialist interests, local accumulating classes and struggles waged from below by ordinary people offer us a more grounded understanding of capitalism today. Equally important, to locate some spaces of (struggle) hope within the continent from where lessons could be drawn on resisting capitalism as a global system whose centre is now unevenly spread to every corner of the globe.

Featured Photograph:  Pyramid of the capitalist system (Industrial Workers of the World, 1911).

[1] The 16th Century Philosopher Wilhelm Anton Amoo was based at the University of Jena for some time before finally leaving Germany to return to Ghana from where he was taken to Europe aged around 7.

[2] Landnähme is the literal German equivalent of taking over land.