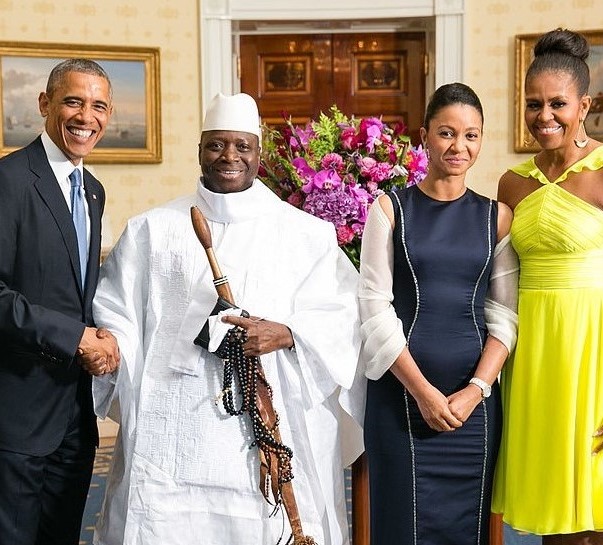 In the first in a series of blogs for roape.net, writer and activist Lee Wengraf describes Obama’s bloody legacy in Africa. Over eight years the continent has seen an intensification of US aerial campaigns, proxy warfare, and imperial competition. In further blogs in January and February, Wengraf will examine the idea of the ‘resource curse’, Western involvement in corruption and the role of Chinese imperialism in Africa.

“Part of having a credible American leader again who is unimplicated with the war in Iraq who is very attractive to people around the world, is to somehow use that early wind at his back to try to extract commitments to patrol the commons, to actually deal with these broken people and broken places.” Samantha Power, U.S. Ambassador to the United Nations (2008)

The Barack Obama administration continued, and deepened, U.S. military involvement in Africa signaled by the launch, in 2006, of the U.S. Africa military command AFRICOM by President George W. Bush. Intensified imperial competition with China in Africa, and other powers such as Russia, fueled higher levels of U.S. military deployment on the continent. Awash with a vast network of military bases, covert operations and thousands of Western-funded troops pointed to the unavoidable conclusion that the Obama years produced in essence a U.S. war in Africa.

The scale of military intervention made a decisive jump during Obama’s tenure, with a 200 percent increase in military missions during his tenure, as well as a widening presence of Defense Department staff into State Department realms. For example, Camp Lemonnier in Djibouti became host to 2,000 military personnel, while U.S. Department of Defense staff were assigned to U.S. embassies across Africa, reflecting the enlarged scope of anti-terror activities. As Daniel Volman writes:

The continuity with Bush administration policy is especially evident in several key regions. In Somalia, for example, … President Obama has continued the program initiated by the Bush administration to assassinate alleged al-Qaeda leaders in Somalia …. In the Sahel, the Obama administration … sought increased funding for the Trans-Saharan Counter-Terrorism Program [and] justified this escalating military involvement in the Trans-Saharan region by arguing that the increasing involvement of al-Qaeda in the Islamic Maghreb in criminal activity (including kidnapping for ransom and drug-trafficking) constitutes a growing threat to US interests in this resource-rich area.[1]

Concomitant with the programmatic continuity with Bush administration policy, the Obama administration pivoted global imperial strategy away from “boots on the ground” and towards so-called “alliance-building,” that is, cementing U.S. indispensability to African political stability in areas critical to their geo-strategic interests. A Pentagon document in 2012 heralded “working with allies and partners to establish control over ungoverned territories,”[2] but intrinsic to this approach is the understanding that the U.S. can use wide flexibility, operationalize it, with an increasingly active and direct military role under the rubric of “partnership.” As Obama’s Commander for U.S. Army Africa, David R. Hogg, characterized the approach, “We are here to enable, where wanted, the African forces to figure out and solve their own problems.”[3] In this period, increased support for the State Department and programs such as the U.S. Agency for International Development (USAID) globally was paired with higher levels of defense spending, even as Obama declared that he would completely withdraw U.S. troops from Iraq and Afghanistan, a promise broken well before the end of his tenure.

The U.S. relies on key allies to further its aims as proxies on the ground. Ugandan President Yoweri Museveni, for example, established even greater importance during the Obama administration as a lynchpin for stability in the East Africa. Oil discoveries – proven but not yet procured – in East Africa and the Great Lakes region elevate its value to imperial interests. Crucially, Uganda has intervened in Somalia under the auspices of African Union troops, deployed to back up the U.S. supported Somali government. As Mahmood Mamdani has commented, “Somalia is Uganda’s claim that we have a solution for your security concerns in the region. It fits very nicely with the American claim that the primary problem of Africa is not development, nor democracy, nor even the lack of human rights, but security.”[4] Likewise, as Angelo Zima describes, “Kampala is the political equivalent of a brokerage firm for rebels, rebellions and peace missions. It has more troops abroad than any other country aside from the US itself. The head of that firm is Mr. Museveni. The West is his biggest client with a resource hungry China waiting anxiously outside.”[5]

The hunt for the vastly-diminished Lords’ Resistance Army (LRA) leader Joseph Kony served as the auspices under which, in 2011, Obama announced he would send 100 troops to Uganda to “remove [Kony] from the battlefield.” But this announcement papered over the widening military operations in East Africa of $45 million military aid that year alone, a package which included four drones. Kony’s human rights record is undoubtedly a long and sordid one. Yet the record of the U.S.’s chief partner, Museveni, is arguably much worse. The regime has been a long-standing recipient of U.S. military assistance of which the suppression of the LRA is but one component. Museveni’s war against the people of Northern Uganda has been brutal, driving nearly 2 million into essentially concentration camps in the mid-1990s. The Kony campaign provided a humanitarian veneer for wider intervention in the region, a toehold for wider imperial projection into the region more broadly.

Under Obama, aerial campaigns, proxy warfare, and indirect support became increasingly crucial. The Libya bombing campaign by NATO, for example, became a potential model for future interventions and regime change in Africa, as well as an opportunity to gain strategic advantage over its rivals, in this case, China. As David Axe of Wired, a frequent writer on security in Africa, has commented, “Somalia-style, ‘hands-off’ campaigns are the future.”[6] Investigative reporting by Jeremy Scahill uncovered a secret U.S. campaign in Somalia against so-called Islamic terrorists al-Shabab, complete with interrogation chambers, CIA surveillance, drone attacks and Special Forces.[7] Craig Whitlock has likewise documented the rapidly-expanding military footprint in Africa and an increasing reliance on Special Operations forces during Obama’s tenure.

Clandestine as they may be, the size and reach of these projects has been immense. Journalist Nick Turse has amassed documentation on the scope of this “pivot to Africa” and its key operations: an almost 300% jump in the number of operations since AFRICOM’s launch.[8] As Turse describes in Tomorrow’s Battlefield: U.S. Proxy Wars and Secret Ops in Africa (2015), while the military may decry any permanence to its operations, in reality, Obama’s expanded military footprint encompasses virtually every African nation.  But with this continuous presence has come a widening blowback, and the scale of terrorism on African soil has only widened in response to U.S. activities: Turse points out that no groups were designated “terrorist organizations” in sub-Saharan Africa prior to 2001, a far cry from conditions a decade and a half later.

Another element of U.S. imperial strategy has been selective efforts at nation-building, or the “repair” of “broken places,” Samantha Power described in the quote above. The secession of South Sudan is a chief example. Turse writes that, “The South Sudanese suffered, bled and died for their independence, but they didn’t win it alone. As John Kerry, then-chair of the Senate Foreign Relations Committee, put it in 2012, the United States ‘helped midwife the birth’ of South Sudan…. On independence day, President Barack Obama hailed the moment as a ‘time of hope’ and pledged U.S. partnership to the new land, emphasizing security and development.”[9] Secession was enthusiastically championed by business interests who saw in South Sudan hopes for previously-thwarted access to Sudanese oil and as one of the few visible successes of the administration’s policy in Africa. Oil revenues account for 98 percent of South Sudan’s budget, making it arguably one of the most oil-dependent nations in the world.

The U.S. government in fairly short order ‘walked back’ its commitments to the new nation, despite widespread evidence of humanitarian disaster. The two civil wars alone brought 2.5 million deaths, and an additional 4 million displaced. Obama visited a refugee camp in Juba, South Sudan’s capital; Turse, encountered the president walking through the camp:

This is the legacy of America’s nation-building project in Africa, and of the policies of a president born of an African father, a president whose name was once synonymous with hopes for the future. Over the course of the Obama presidency, American efforts on the continent have become ever more militarized in terms of troops and bases, missions and money. And yet from Libya to the Gulf of Guinea, Mali to this camp in South Sudan, the results have been dismal. Countless military exercises, counterterrorism operations, humanitarian projects, and training missions, backed by billions of dollars of taxpayer money, have all evaporated in the face of coups, civil wars, human rights’ abuses, terror attacks and poorly-coordinated aid efforts. The human toll is incalculable. And there appears to be no end in sight.[10]

This is the Obama legacy for Africa, and the urgent need for a true humanitarian alternative by social justice forces calling for an end to this long history of imperialism.

Lee Wengraf writes on Africa for the  International Socialist Review, Counterpunch, Pambazuka News and AllAfrica.com. Her new book Extracting Profit: Neoliberalism, Imperialism and the New Scramble for Africa will be published by Haymarket in 2017.

[8] Nick Turse, “The Numbers Racket: AFRICOM Clams Up After Commander Peddles Contradictory Statements to Congress,” TomDispatch June 23, 2016. A fog of secrecy seems to surround AFRICOM’s reporting of the number of operations, so assessing the scale of the U.S.’s military operations is challenging. Turse writes, for example: “A 2013 report by the Department of Defense’s Inspector General on AFRICOM’s Combined Joint Task Force-Horn of Africa found record-keeping so abysmal that its officials ‘did not have an effective system to manage or report community relations and low-cost activities.’  A spreadsheet supposedly tracking such missions during 2012 and 2013 was, for example, so incomplete that 43% of such efforts went unmentioned. New definitions, poor record-keeping, ineffective management, and incompetence aren’t, however, the only possible explanations for the discrepancies.  AFRICOM has a history of working to thwart efforts aimed at transparency and accountability and has long been criticized for its atmosphere of secrecy.  Beyond spin, the highly selective release of information, the cherry-picking of reporters to cover a tiny fraction of its undertakings, and the issuing of news releases that tell a very limited story about the command, AFRICOM has taken steps to thwart press coverage of its footprint and missions.”