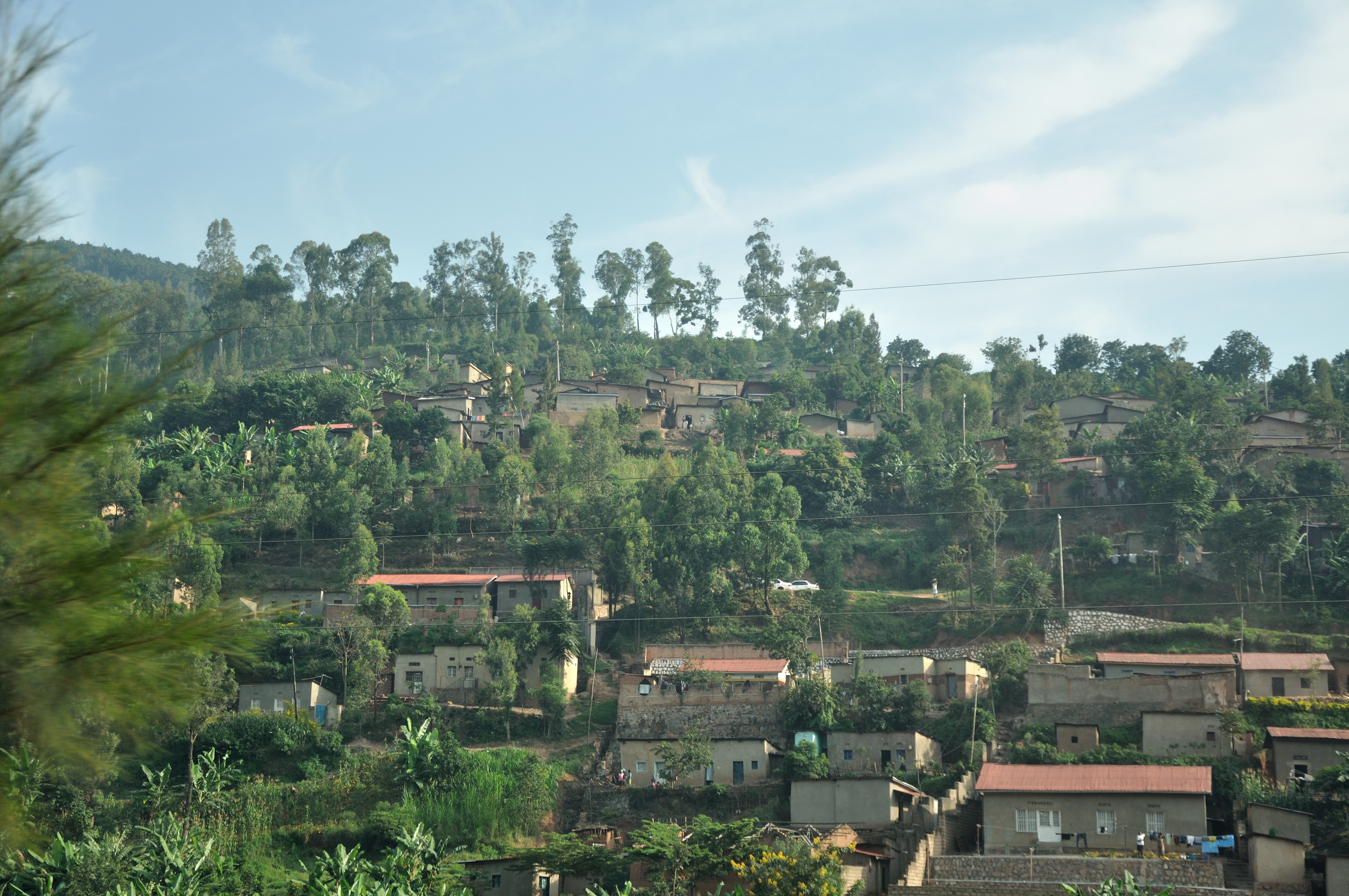 “Simplifying to the extreme, I define postmodernism as incredulity towards metanarratives” Jean-François Lyotard, The Post-Modern Condition

For a small African country with no extractive resources of note and without much geopolitical importance, Rwanda has attracted more than its share of media attention and scholarly research in the last twenty years. Much of this is, of course, attributable to the 1994 genocide in which 800,000 Rwandans perished between April and July of that year. An impressive literature has emerged to narrate both the macro-history of the mass killing as well as to explore crucial sub-dimensions, ranging from the involvement of the Church in the massacres to the calamitous roles played by Paris and Washington in enabling the killings to continue to the psychological effects of apocalyptic violence on perpetrators and survivors. But the horrors of 1994 are not the only subject drawing academicians to Rwanda. The vastly ambitious state-building project that the Rwandan Patriotic Front (RPF) has undertaken since taking power as the genocide drew to a close is a source of as much polemical debate as it is of theoretically consequential inquiry.

Andrea Purdeková offers an overdue anatomy of the policies the RPF has pursued to overcome the seemingly unbridgeable societal cleavages after mass violence. What kind of vision of togetherness did the inheritors of the genocidal state formulate? How have they tried to restructure that very state and its citizens in a bid to overcome social fragmentation?  And what instruments were identified by the Front as essential to exorcise the demons of ethnic divisionism and lethal political competition? Organising her book around the central theme of “Ubumwe” (Unity), Purdeková is less interested in answers to these questions as a way of gaging the success of the RPF government for purposes of donor policy evaluation, than because of what they reveal about the nature of politics itself in Rwanda.

Her core argument is that unity, as a discourse “with a political life of its own”, has both aided state transformation and enabled the RPF to tighten its hold on the Rwandan polity. The shrewd deployment of notions like oneness and Rwandanness/Rwandanicity are, Making Ubumwe posits, not just platitudes to which all should subscribe as part of a more harmonious RPF-led nationalism but mask deeply partisan choices about societal transformation and the social and political trajectories open to ordinary Rwandans. Echoing James Ferguson’s famous dissection of the language of development, Purdeková claims that the effectiveness of ubumwe lies precisely in its superficially incontestable appearance: who could possibly be against unifying all Rwandans after the most intimate of genocides? This depoliticisation of fundamental choices about who is to be included and excluded of the ‘unified’ polity, on whose terms and with which options to appeal, resist and/or negotiate, is heavily scrutinised in the book. By deconstructing the unity-building project of the RPF, she attempts to “trace power” and the multifarious ways in which it manifests itself, even in what James Scott referred to as “hidden transcripts” of those on the receiving end of top-down social engineering.

Purdeková’s approach to examining these immaterial dimensions of power in Rwanda is strongly influenced by post-modernism and critical theory; she relies on the growing body of work under the umbrella of the anthropology of the state, which seeks to deconstruct Leviathan and sketch out the multiplicities of interface between state institutions and state officials on the one hand and the state’s subjects on the other hand. Such a perspective can be rewarding in that it helps observers descend from the ethereal realms of idealist theory into the actual lived experiences of ordinary humans. It allows Purdeková to explore the often paradoxical ways in which different population groups and individuals understand and respond to state policies enacted by individual officials, who have their own biases, agendas and subjectivities that refract abstract “RPF” agendas. Such a fine-grained analysis has the potential to decisively move beyond widespread caricatures of Rwanda under RPF supremo Paul Kagame as either a “slowly democratising developmental state” (as infatuated aid officials conveniently assert) or as a “totalitarian” moloch where no resistance is possible.

And indeed, Making Ubumwe is at its best in long sections where Purdeková immerses the reader in the mundane aspects of RPF nation-building. Her discussion of quotidian activities in the RPF’s Ingando re-education camps – the regimented meals of which the composition never changes, the feelings of affinity produced by collective singing and the confused answers of participants when asked what Ingando actually is – in chapter 8 stands out, but she provides valuable detail too on the ironies of umuganda communal work and on how supposedly self-organised RPF student clubs seek to translate the project of societal transformation into everyday reality at the village level. The most trenchant sections of Making Ubumwe thereby highlight both a Rwanda obsessed with public performances and the inevitable Potemkin villages, but also the extraordinary lengths to which the RPF goes to make the state’s presence felt in almost every detail of Rwandan citizens’ lives.

However, if Making Ubumwe embodies some of the major strengths of the theoretical edifice of which it is a child, it unfortunately also falls into some of its traps. At least in the opinion of this reviewer, the book could have benefited from a better balancing between the historical-empirical sections and the analytical-conceptual discussion. While many publications on Rwanda err too much towards the former, Purdeková is prone to launching into sweeping generalisations, without bringing enough concrete evidence or historical illustrations to the table. One or two statements by anonymous informants thus become the subject of several pages of theorising, leaving the reader somewhat miffed as to the confident tone adopted by the author. This is all the more pertinent because, although almost all of the primary evidence in Making Ubumwe was collected in a fascinating (but highly specific) seven month time period between 2008 and 2009, the author applies her labels and impressions to the whole of the RPF state-building and unity-crafting project- i.e. from the nineties to the present day. Despite an excellent methodological section in the book of more than 20 pages, greater self-awareness of the limitations of the material under review would have been helpful.

Moreover, the book’s emphasis on Foucault’s “instrument effects” – looking at the actual effects of power, regardless of stated policy objectives – is a potentially rewarding strategy, but it can also blind the researcher to key dimensions of the subjects and objects of her study. The tendency to see “power” and its effects everywhere but to fail to comprehensively examine the specific causes of those effects and the broader politico-historical and ideological context is a recurrent weakness of research in this tradition. As Marshall Sahlins warned in his classic critique: “Max Weber, criticizing certain utilitarian explanations of religious phenomena, observed that just because an institution may be relevant to the economy does not mean it is economically determined. But following Gramsci and Foucault, the current neo-functionalism of power seems even more complete: as if everything that could be relevant to power were power.” The circular, totalizing logic of power in such an approach allows little space for contingency, actual political change or meaningful historical rupture.

In Making Ubumwe, we do not learn how Ingando, the National Unity and Reconciliation Commission or even the RPF itself and its revolutionary project changed over time and what internal politics produced particular outcomes. Discussion of the colonial state or the Habyarimana regime and the path of dependency they created for contemporary and future statist projects is absent, as are the legacies of actual betrayal by outside forces and the teachings of Marxist-Leninism and Nyerere that heavily influenced the RPF (and its penchant for control, camps and transformation). The odd paragraph here and there about the RPF’s past as a guerrilla movement can hardly count as much needed examination of where its controversial policies originated, let alone represent a nuanced discussion of why some choices, institutions and individuals were prioritized over others.

These weaker points are a pity because throughout the book Purdeková shows herself to be an incisive observer of social dynamics, displaying detailed knowledge of cultural norms and ambiguities, without resorting to the careless essentialism of many other authors’ characterisations of Rwandan culture. The primary evidence put forward by Making Ubumwe is a fascinating reminder of the RPF’s veritable obsession with legitimation and the deep insecurities – “l’équilibre de la peur” as one informant aptly termed it  –  that surround its outlook on Rwanda and its own hegemony. But rather than pointing to the vacuity of metanarratives (cf. Lyotard), it actually stimulates the appetite for a more cogent linking of micro-level entropy and macro-level theory and struggle.

Professor Harry Verhoeven teaches at the School of Foreign Service in Qatar, Georgetown University. He is also an Associate Member of the Department of Politics and International Relations of the University of Oxford where he completed his doctorate and was a postdoctoral fellow. He was founder of the the Oxford University China-Africa Network (OUCAN) in 2008-2009 and remains a Co-Convenor of OUCAN. From October 2016 onwards, he is a Visiting Scholar at Cambridge University. Outside academia, he has worked in Northern Uganda, Sudan, India and Democratic Republic of Congo.