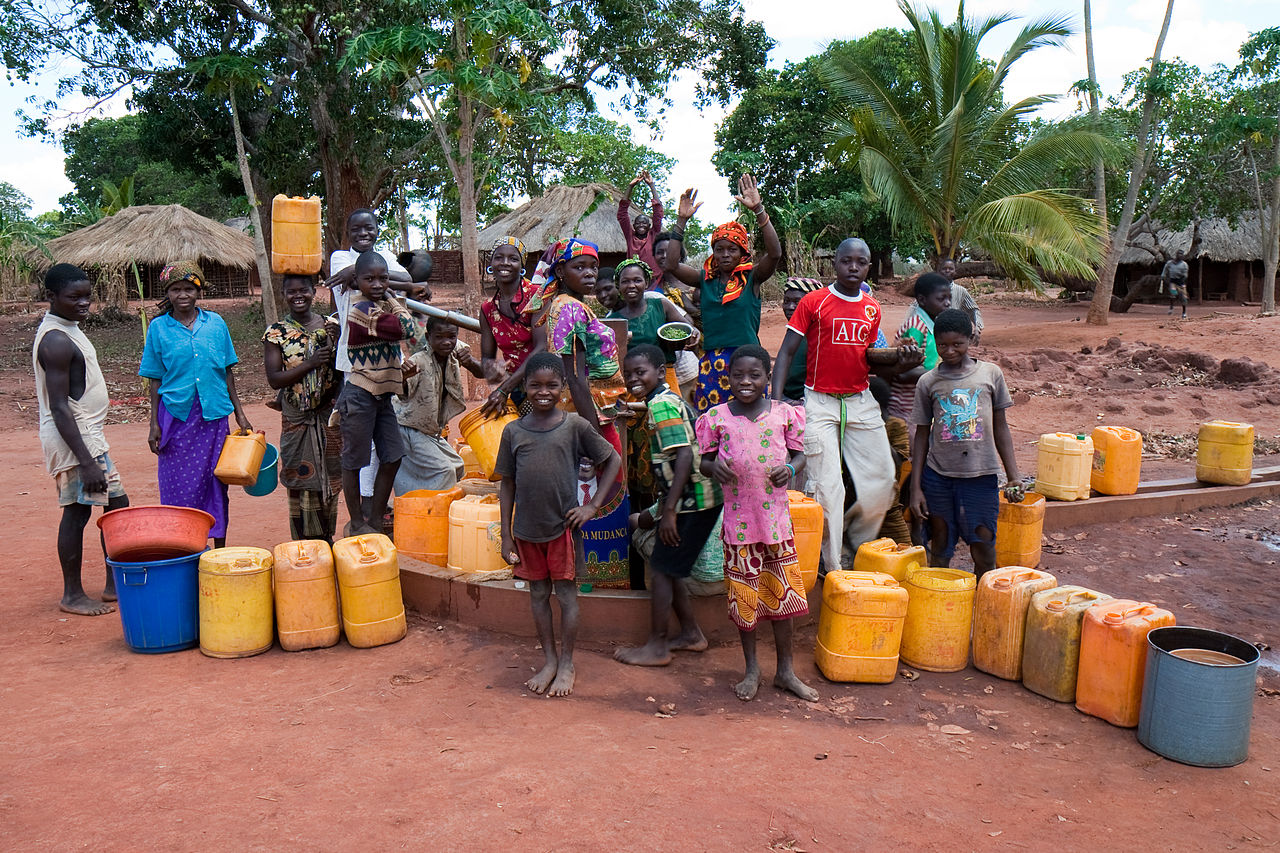 The latest issue of Mozambique News Reports and Clippings, No. 335, distributed by Joseph Hanlon, shows that the drought induced by the last El Niño event is by no means Mozambique’s only problem. There are large numbers of food insecure people in Mozambique, as in other parts of Africa.

Firstly, there is the fact (covered in an earlier edition of this newsletter) that negotiations between Frelimo and Renamo are in limbo, with the international mediators having ‘paused’ them owing to apparently irreconcilable positions taken by each side. Neither side was reportedly willing to consider a compromise document drafted by the mediators, who have now left the country. Meanwhile, low level fighting continues between Renamo and government forces, with considerable consequences for movement of traffic in the middle of the country, including rail traffic to export minerals.

Secondly, there is the issue of the various secret loans taken out by state agencies without the knowledge of the National Assembly or the relevant government agencies. These have added to the problem of the already unsustainable public debt. It was known to be over $10 billion, and the secret loans have added roughly another $2 billion.  The government takes the view that these can be investigated by the relevant Mozambican authorities, but the IMF and presumably other donors are not satisfied with this.  The IMF has suspended its latest financial aid package. It is not at all clear that Mozambique has the forensic auditing skills to trace missing funds through various international tax havens, and without donor funding international auditing experts would be hard to find. The insistence on dealing with the secret debts without cooperating with lenders also raises the suspicion that the underlying causes of the debt problems will be avoided, in a situation where future loans to buy time to find a way of restructuring and servicing such debt will very hard to obtain. This implies that the Mozambican economy will face stagnation for a long period.

Although these secret debts are evidently illegal under Mozambican law, it is probable that the loans organised by Credit Suisse and the Russian VTB bank were incurred under contracts subject to the jurisdiction of English courts. That raises the prospect of a long legal struggle over repayment. It is worth recalling that some years ago large Argentinean debts were contracted under US law.  These debts were then bought up by a so-called ‘vulture fund’ that demanded payment in full, as opposed to the deal struck with other creditors who accepted less than the face value of the loans.  The result was a legal and political battle lasting for some years. Although the Argentinean government eventually won, it was an expensive battle that restricted access to international financial markets for years, with detrimental effects on economic growth. The Mozambican economy is already in a very weak position for reasons analysed by Carlos Nuno Castel-Branco in ROAPE in 2015.

Thirdly, for reasons already covered in ROAPE No. 128, and corroborated by subsequent reports in Mozambique News Reports and Clippings and elsewhere since then, large-scale agribusiness projects have not worked well in Mozambique, the most notable example being the ProSavana project that attempted to take advantage of infrastructural investment in transport links for various mineral extraction projects. That embarrassing tale continues, with reports in the newsletter indicating that ProSavana is now thinking of trying to contract cultivation out to local farmers and suggesting other changes.  Yet Issue No 335 shows that there has been yet another attempt at a land grab, this time in the Lurio valley. One of the investigators, Khadija Sharife, has already contributed to ROAPE. Mozambican land law basically treats land as having been nationalised, and usufruct is allotted to those cultivating the land. There has been a long slow process of registering such rights of use with the Ministry of Agriculture, yet it must be said that over the years there has also been a series of mysterious fires in the Ministry of Agriculture, whereby such registered title to use has at times been lost. Hence when international companies declare blithely that the land is empty or not in use, it is sometimes difficult to challenge that rhetoric.

In this situation, the comment in Issue No. 335 that, ‘We continue to spend lots of money importing products that we could grow locally because domestic producers are not protected and cannot obtain credit, according to the president of the Confederation of Mozambican Business Associations’ clearly illustrates how Mozambique has consistently failed adequately to address the issue of agricultural development.  This issue is also addressed in the book Chickens and Beer by Teresa Smart and Joseph Hanlon that is advertised at the beginning of No. 335.

The report from the BBC on the alleged scandal concerning an international NGO known as ADPP strongly suggests that Mozambican oversight of such activities is also sadly lacking. Although in the past some NGOs worked in consultation with Mozambican government agencies, as early as 1983 the Oficina de Historia (History Workshop, part of the Centre of African Studies at Eduardo Mondlane University) found that in Cabo Delgado a French NGO was deliberately raising local expectations in attempt to create a political demand for its services there. Its activities were not being properly scrutinised. Failure to scrutinise such activities leaves Mozambique open not only to fraudulent activities, as alleged here, but to external political manipulation. This problem was especially acute after the General Peace Agreement of October 1992, when the number of international NGOs shot up to over 1,000, and Mozambican NGOs tended to be local protégés of their international counterparts. Such failures of routine state administration vitiate the supposed benefits of parliamentary democracy.

Finally the murder of the prosecutor investigating the death of Giles Cistac should resonate with readers of ROAPE, which published a protest about this assassination at the time. Mozambican lawyers, prosecutors and judges have to operate in a situation where assassination is a real threat, and not always publicly known. I am aware of a now retired Supreme Court judge who courageously conducted a trial in the face of direct death threats. Criminals have occasionally succeeded in making spectacular escapes from prison, allegedly with inside help. There have been well-publicised assassinations of non-judicial investigators as well.  All of this adds up to a fundamental problem with the rule of law.

Without major changes that the government seems unwilling to make, the future for Mozambique does not look at all bright.  It had got away with a failure to reform because the IMF treated it as a development ‘poster boy’ but the high rates of growth were based on poorly conceived mineral projects, and that bubble has now burst.  Mozambique News Reports and Clippings has faithfully documented all these failings over the years. Until recently, ‘conventional wisdom’ looked the other way.