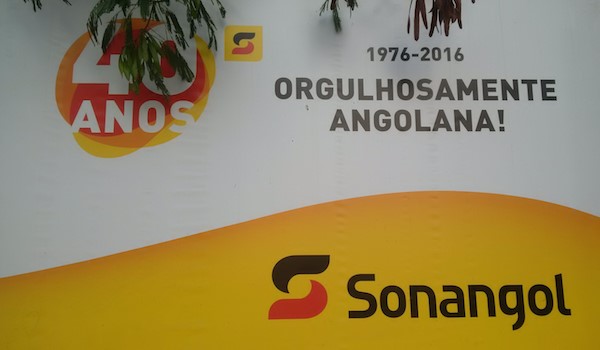 Part 1: Reforming The Giant with Many Tentacles

Few African countries face perception challenges like oil-rich Angola. Conduct a quick Google search of stories on Angola and you would most likely be left with the impression that this is a country in a state of perpetual crisis.

These stories have no doubt led to a surge of coverage of Angola. Yet by promoting a single narrative of crisis, they have also reduced complex issues to simple tales that appeal to broad audiences for sure, but are nevertheless devoid of context and leave very little space open for a nuanced assessment of what is actually going on in this major African petro-state. Nigerian novelist Chimamanda Ngozi Adichie put it best in her 2009 TED talk when she declared: ‘The single story creates stereotypes, and the problem with stereotypes is not that they are untrue, but that they are incomplete. They make one story become the only story.’

A case in point is the story about President dos Santos’ appointments of his eldest daughter Isabel, first as head of the commissions in charge of the restructuring of the oil sector and state oil company Sonangol last October, then as chairwoman of the company’s board in early June. These appointments followed numerous reports on the company’s financial woes as well as the president’s surprise announcement in March of his intention to step down in 2018. And they not only revived the old image of Angola as an oil kleptocracy, but also immediately generated talk about the making of a political dynasty, leaving important questions related to the reforms context, content and consequences largely unanswered. For example, why are reforms needed at the state oil firm? What explains the government’s strategies and the timing of this round of reforms? How are the planned reforms likely to be implemented? And lastly, what do these reforms say about political-economic change in Angola?

This two-part blog post seeks to bring some of these issues to the fore in an attempt to provide a fresh perspective to this important story.

A state within a State: Sonangol’s ‘Bankrupt’ Model

In order to understand Sonangol’s woes and the need for reform, one needs to first revisit the company’s history.

Sonangol was created in June 1976 with responsibility for modernising, managing and overseeing the oil sector, but it soon grew to be much more than that. This was not merely a stated objective of the Angolan regime but an imperative imposed by the civil war (1975-2002).

As the most technically and financially capable state organ at a time when the public administration was dysfunctional and the state unable to finance itself on the international markets during the conflict, Sonangol was called upon to carry out numerous non-core functions. This included shadowing and often replacing the state administration ‘first in the fiscal sphere,’ as Ricardo Soares de Oliveira writes in his new book, ‘and then in every other systematically important sphere of Angola’s political economy.’

Critics have long argued that Sonangol’s central positioning in the oil sector gives rise to conflicts of interest; and that rather than being used for developmental purposes, its role as the government’s main financier has mainly served the regime and its rentier ambitions. They point to Sonangol’s secretive borrowing and complex business practices; the resulting ‘missing billions’ that have plagued Angola’s public finances; as well as to the corporation’s tendency to reward political insiders and associates with business opportunities in its sectors of operation (oil, banking, telecoms, real estate) at home and abroad.

Considerable attention has indeed been paid in recent years to the ways and extent to which Sonangol’s ‘strange’ partnerships with Portuguese and Chinese officials allegedly enable Angolan elites to acquire assets in Portugal and several other African countries.

Yet despite concerns over Sonangol’s opaque management, accounting practices and lack of accountability, the Angolan authorities have previously rejected calls for its supervisory, commercial and non-commercial functions to be separated.  One reason for this is that in spite of its ‘faults’, this unconventional model contributed to create a consistent and reliable operating environment that boosted investors’ confidence.

A second reason is that reforming Sonangol was not a government priority, at least not in the first eight years after the end of the civil war. With the country’s infrastructure so badly damaged and human resources lacking as a result of the conflict, the emphasis was on rapid reconstruction and on (re)building human capacity, especially of those other government agencies responsible for managing oil revenues such as the Ministry of Finance (MINFIN).

A third oft-cited reason for the regime’s resistance to reform was the belief that Sonangol’s multiple and conflicting roles constituted ‘a principle problem and not an operational one’ that the company has managed to resolve largely by placing emphasis on efficiency. Despite its governance failures, Patrick Heller of the Natural Resource Governance Institute noted, Sonangol could still be deemed ‘relatively successful’ by virtue of ‘the overall health of the Angolan oil industry, the sizeable government take, the company’s realisation of stated goals, and its increasing skill and professionalism.’

More recently, however, evidence has emerged of growing internal dissatisfaction with Sonangol’s business approach. Last July, former chairman Francisco de Lemos was forced to quash media reports of a leaked internal document in which he appeared to suggest that Sonangol’s model is ‘technically bankrupt’ and in crisis, except for the upstream sector which remains operational because it is run by international oil companies (IOCs). This critique was apparently directed both at Sonangol’s heavy reliance on third-party contracts and outsourcing and at the increasing expansion of the group, which now comprises more than 30 subsidiaries and joint venture companies. Reports of a $50 billion shortfall in its accounts, if confirmed, would certainly put into perspective the scale of the challenges facing this oil giant that once prided itself on being one of Africa’s best-run state companies.

Above all else, sources familiar with the workings of the organisation observed that this was a remarkable admission, by a senior executive, of the fact that the company has simply grown too big and too diversified without there seemingly being a clearly articulated plan for the kind of role it ought to play in Angola’s changing context.

As illustrated above, affirming that the government has resisted past reform attempts does not equate to suggesting that it failed to recognise the problem. But contrary to popular belief, this new-found realisation of the need for the overhaul of the sector and Sonangol did not occur in the last year but rather long before recent changes.

Senior lawyers at Miranda & Associados actually trace the origins of this ‘new oil paradigm’ back to September 2011, when the government set forth its priorities for the petroleum sector in the National Energy Security Policy and Strategy and the General Strategic Framework for Exploration of Angola’s Pre-salt Play. Among other things, they indicate that the former ‘determined that operations in the upstream sector would remain open to IOCs, and Sonangol would continue to be the entity responsible for the management of these concessions’; while the latter ‘envisioned the creation of an independent regulatory entity for the subsector.’ Put simply, these statements show that the Angolan executive was already thinking about and committed to splitting Sonangol’s powers back in 2011.

It appears that the increased interest in the pre-salt play combined with high oil prices to put the implementation of this agenda on the back burner, though the impetus for reform eventually regained strength amid a sharp drop in oil prices in mid-2014 and renewed concerns about accounting practices, high production costs and the country’s competitiveness. It is these and other matters that then paved the way for the Model for Readjustment of the Petroleum Sector’s Organisation (approved on 26 May 2016), which sets out details of the new organisational arrangements and outlines the government’s objectives.

What, then, do we know about this new regulatory regime? A document obtained from the aforementioned Portuguese law firm (now available online) suggests that it entails, inter alia,  (i) maintaining Sonangol as the national concessionaire with power to manage and monitor oil contracts; (ii) the creation of an Agency for the Petroleum Sector in charge of organising the sector and running licensing rounds alongside the Ministry of Petroleum (MINPET); (iii) the creation of the High Council for Monitoring the Petroleum Sector responsible for approving investments of strategic importance and managing equity interests in oil blocks previously held by Sonangol.

What is more, the new regulatory framework envisages splitting up the Sonangol Group into three holding companies, including an operations company controlling core oil & gas assets such as Sonagas, Angola LNG and its exploration and production arm Sonangol P&P. A second company would be in charge of Sonangol’s transport (Sonair), telecoms (MSTelecom), real estate and other services companies; while a third finance holding company would oversee banking assets under the supervision of MINFIN.

These reforms have two stated goals: to increase efficiency and transparency in the petroleum sector. The focus on efficiency and profitability comes as no surprise, given the current economic circumstances and the state’s dependence on the sector for 75% of its revenues. What remains unclear thus far is whether and how this new regime, lead reform agents such as Isabel dos Santos and government’s strategies would help deliver it. Also, what does it all have to do with the succession question? These topics will form the basis of the second part of this blog post.

Liliane Mouan is a Research Assistant in business and human rights at the British Institute of International and Comparative Law. She will join The Dickson Poon School of Law at King’s College London in September. You can follow her on Twitter @liliane_mouan.