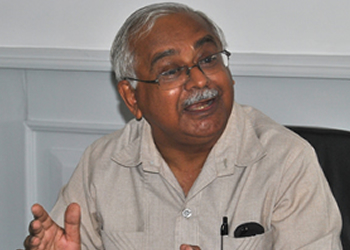 Since 2012 three colleagues – Issa Shivji, Saida Yahya-Othman and Ng’wanza Kamata – all former or current academics of the University of Dar es Salaam, have been conducting research in a project of writing a comprehensive and authoritative biography of Mwalimu Julius Kambarage Nyerere. As you all know, the existing biographies are either outdated, do not cover the whole of Mwalimu’s lifetime, or are not analytical and comprehensive.

The three researchers were fortunate to interest the Tanzania Commission for Science and Technology (COSTECH) to fund the research. During the course of the research, spanning over four years, the researchers have collected enormous archival and secondary material and conducted over 100 interviews which exist in both audio and transcript form. From the inception of the project, it was the intention of the biographers that the biography ought not to be the be-all and end-all of the project. They wanted, and COSTECH agreed, that one, the material collected be archived and made available to future generations of researchers, and, two, the Archives become a focal point around which discussions and debates be developed on Mwalimu’s ideas, thus giving them life and countering the tendency to museumise the man and fossilise his ideas.  Hence the establishment of the Nyerere Resource Centre imaginatively called in Kiswahili Kavazi la Mwalimu Nyerere, which has given the Centre its unique identity.

COSTECH has provided the infrastructure including the Centre’s office and the Documentation and Reading Room. Kavazi was formally launched by the former president of Tanzania, Mr. Benjamin William Mkapa on 18th March 2015 in a two-day event. The event included a photo exhibition, the delivery of the First Nyerere Dialogue Lecture by Professor Adebayo Olukoshi and a round-table discussion with the former Prime Minister Mr. Cleopa Msuya. During the year, Kavazi organised a night of poems when a booklet of Mwalimu’s poems was launched. It also conducted a full time seven-day course on ‘The Political Economy of Natural Resources’. Dr. Ng’wanza Kamata delivered the second Nyerere Dialogue Lecture, now published under the tantalizing title: Mwalimu Nyerere: Pan-Africanist Nationalist or Nationalist Pan-African?   Another title published by the Centre is a collection of four short essays in Kiswahili called Uanazuoni wa Mwalimu (The Intellectual in Mwalimu).

Apart from the invaluable support offered by COSTECH, the activities of Kavazi are also funded by the Rosa Luxemburg Foundation of Germany. But it is the wish of the founders, with which we are sure you would all agree, that Kavazi become self-sustaining, both to maintain its independence, but more importantly, to uphold Mwalimu’s ideal of self-reliance. Thus we have also established an NRC Endowment Fund (EF), to which the National Social Security Fund (NSSF) of Tanzania made the first contribution of TShs 100 million. The second contribution, which we are very proud of, was made from the bequest of our late friend and comrade Lionel Cliffe. Lionel passed on just two months after we had a wonderful interview with him at his home in Sheffield.

Now we are earnestly writing to you as admirers and friends of Mwalimu,and as members of the post-independence generation who grew up under Mwalimu, to contribute whatever you can to the Endowment Fund. We consider you ‘Friends of Kavazi la Mwalimu Nyerere’ and believe you will not let us down.

Please make your contribution to:

Please notify us on kavazi.nrc@gmail.com when you make your contribution.