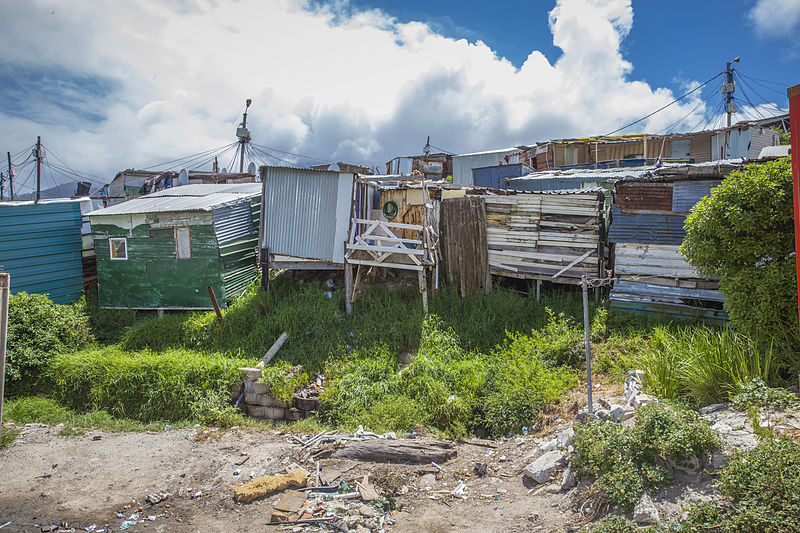 In October 2014 the World Bank presented its “South Africa Economic Update No 6” at the Treasury’s Mid-Term budget workshop. The report concluded: ‘The fiscal system is already achieving a lot of redistribution, and there is little space left in the government’s purse to do more to alleviate poverty and inequality via fiscal policy.’ At the October 2015 workshop, the World Bank researchers reiterated their main finding: inequality in South Africa is not as bad as usually reported.

This has been a popular message among many economists. The report became a part of the ideological foundation of the 2016/17 budget, which fell short of protecting 16 million South Africans from real cuts in their social grants. So called austerity is now a fact for the poorest households.

Patrick Bond has slammed the report in articles and correspondence. The World Bank has only made minor concessions to his critique. In essence they argue that public health and education are largely “transferred” in South Africa from rich to poor, and that we get a truer picture if we measure income inequality after this alleged transfer of “incomes in kind”.

Bond has listed a range of state policies and services that benefit “the rich”. One example is the police, which got R598m extra over three years in the new budget.

Mainstream economics in fact acknowledges that police services are inherently biased towards the wealthy and gives this as one reason for so called progressive taxation: Rich people have more wealth to protect. Consequently, they should pay a larger share of their income for policing than the poor. The Marikana massacre is a terrible example of public policing protecting the interests of the wealthy. Policing in Khayelitsha compared to wealthy areas in Cape Town was debated last year, but such police service inequality is present in the whole country.

However, the World Bank report also has a more fundamental flaw. Let us start again from the beginning.

The World Bank concludes that there is “a lot of redistribution” going on in SA after measuring to what degree public health and education are “transferred” from people with higher incomes to the majority. It is the research program “Commitment to Equity Assessment” (CEA) that has introduced this novelty. CEA brings “the incidence of use” of a selection of state services into the inequality calculations (the ones not too difficult or impossible to quantify the use of among different income groups). CEA treats the choices of use of public services as if they are individual “incomes in kind” that you get or not get. This final analytical step is added to the standard measuring of income inequality after income taxes, subsidies, social grants and indirect taxes like VAT and the fuel levy. The result is summarised with the familiar “Gini coefficient” – the inequality measure usually explained by saying that 0 (zero) would mean perfect equality (everybody has the same income) and 1 “perfect inequality” (one person gets it all).

Every measure answers a question. It can be shown that the Gini measure answers this question (speaking of a large population): How large part of all income has to be taken from those with incomes above the average and given to those with incomes below the average in order for all to have the same income? A Gini of 0.69 means, that 69% of all income would have to be redistributed for everybody to have the same income. For this redistribution to happen, income is first taken away.

Everybody knows that South Africans with higher incomes choose to be less dependent on public health and education than others. After “correcting” for this, the World Bank can report a much lower Gini coefficient for SA than other studies: Inequality now drops from 0.77 in market income (i.e. before the state intervenes) to 0.59. This surprisingly low Gini gave political space to say in the report: ‘the fiscal space to spend more to achieve even greater redistribution is extremely limited.’ A Gini of 0.59 is bad, but not as bad as “0.695”, which the report, similar to other studies, says is income inequality after income taxes, subsidies, social grants and indirect taxes. But, again, the Word Bank could report a lower Gini after “also” taking into account that people with higher incomes pay more taxes, but largely opt out from public health and education, “transferring” these services to others.

Indeed, the researchers say (p.43): ‘Once the monetized value of education and health services is included, the poorest decile receive transfers and services worth some R6,900 (or $945 in 2010/11).’ We should compare this with R200 per year (!) in market income that the researchers have calculated, to which they add the net effect of R1,931 in cash transfers, subsidies and value added tax (VAT). The income of decile one is R2,131 per year. But after an additional “transfer” of public health and education in their analysis, the average “income” of the poorest decile increases by 243% to a “final income” of R7,100 per year, and so the World Bank ‘reformed’ Gini for South Africa plummets.

In social sciences every ideological distortion is based on a theoretical error. There is no transfer of public health and education services from high income earners to others. Everybody can come with a broken leg to a South African public hospital. Even an income millionaire can send her child to a public primary school in Eastern Cape. If fee-free and subsidised parts of public health and education are private “incomes in kind”, they are incomes to all. These services are for the rich too. Nobody is taking these services from them.

Still, we know that about 84% of the population use public health and the remaining 16% private. We know that high income earners as a rule shun public schools. Why is that? The WB researchers make this disclaimer: ‘The analysis does not take into account the quality of services (…). This limitation is particularly pertinent to the analysis of spending on health, education, and free basic services.’

Well, it is the dynamics of this limitation that is “pertinent”. The theoretical error directs the method and the method will deliver the following paradoxical result: If the Finance Minister didn’t budget enough for teachers there will be more class rooms with 50 or more learners. More people will now shun public schools, at all costs. Now they too start to “transfer” public school services to lower income earners. If the situation gets worse in the public sector and more people reject public health and education, the World Bank will report a lower Gini coefficient, i.e. that income inequality has dropped!

If the Finance Minister instead had budgeted for a drastic improvement in public health services, which he didn’t, then the methodological novelty would register an increase in inequality! Why? Well, people with higher incomes would start to use public health, “transfer” less of it and instead add this “income in kind” to their already high monetary incomes.

This applies to all countries as far as I can see: The worse reputation public health and education get in a country, the more those who think they can afford it will use a private solution and the Gini drops, as if income distribution has become more equal. To get such a low Gini for South Africa, the World Bank mixes a strict monetary measure of inequality with the middle class/upper class reaction to the state of the public sector (a reaction that comes from culture, perception and actual service performance, one must say).

The Gini coefficient cannot be used in this way. Intuitively and even by common sense, a big quality difference between private and public health and education is a sign of inequality. I don’t know how much this method would adjust the Gini upwards (meaning “more inequality”) in Sweden, Norway, Germany or Denmark, where the public sector health and education are much more used by all income groups.

A hundred years ago, Mr Gini constructed an inequality measure that became widely used. Whatever its draw backs are, he would surely have been surprised to see how the World Bank has embraced an “improvement” of it that turns the world of inequality upside down.

From a table (2.8) in the World Bank report, we can deduce that the strictly redistributive taxation of R207,000 in average market income of the top ten percent income earners was 2.9 percent in 2011. Put otherwise: 9% (according to table 2.8) of the direct and indirect taxes on the average income of the top decile was for strictly redistributive purposes like social grants. The remaining 91 percent was put in the pot that pays for education, health, all other state functions and services, like rubber bullets.