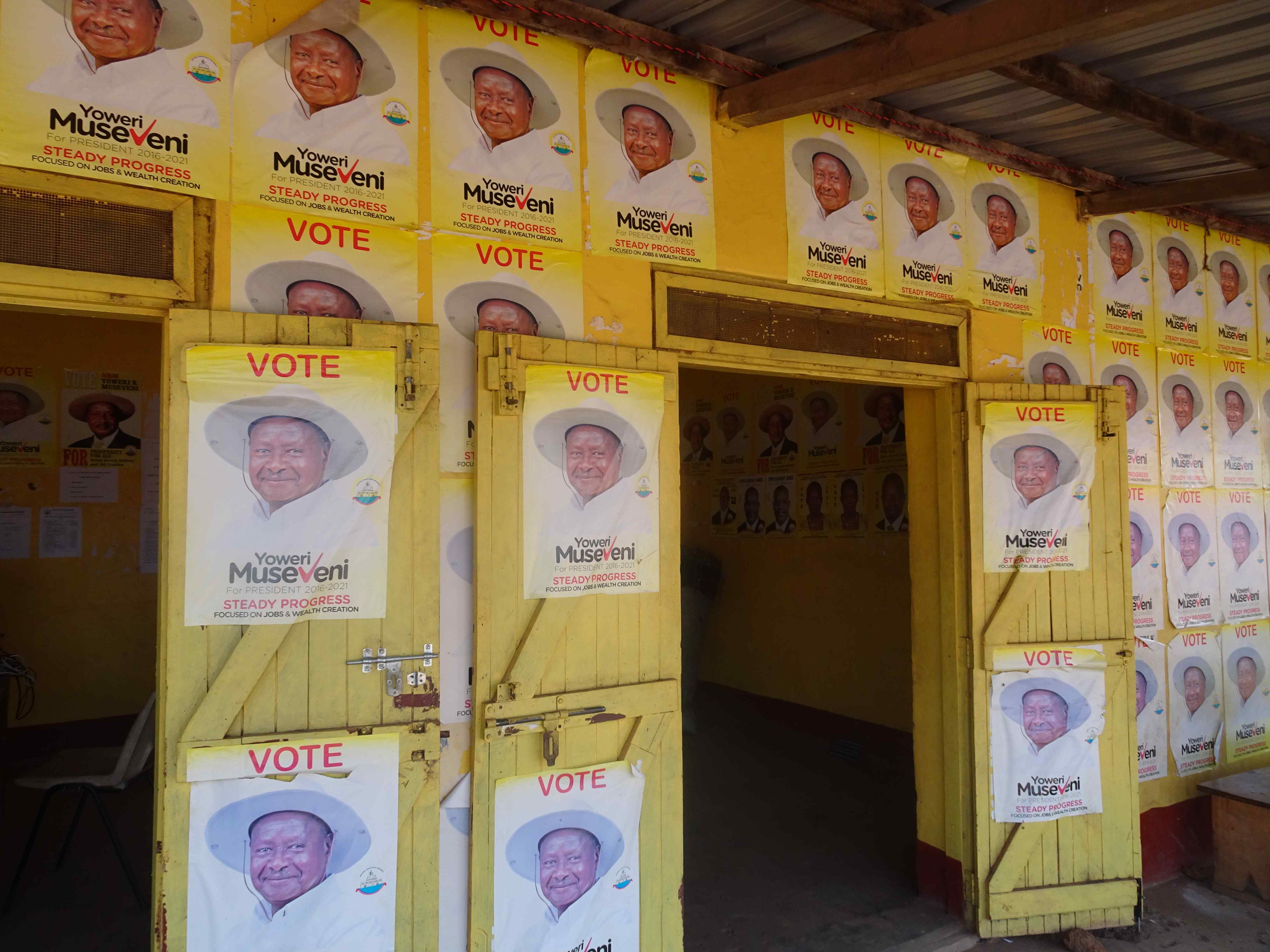 President Yoweri Museveni’s recent re-election in Uganda has prompted significant debate. According to official results, Museveni of the ruling National Resistance Movement (NRM) won in the first round with 60.62 % of the popular vote. However, international election observers and diplomats have criticised the uneven playing field and house arrest of principal opposition candidate Kizza Besigye of the Forum for Democratic Change (FDC); while the latter – who officially secured 35.61% – insists that he won.

However, most analysts assumed that, one way or the other, Museveni would be announced the victor. Thus, while an uneven playing field – together with various problems with the process (from the late opening of polling stations in Kampala to the opaque tallying process), repeated arrest of Besigye, and strategically placed security services – are a source of popular anger and frustration, they are not particularly surprising. As one man in Gulu lamented: ‘This is how elections are in Uganda.’

More surprising than Museveni’s grip on power, is the strength of the political opposition. It is widely accepted that FDC ran a lacklustre campaign in 2011, and just six months ago it was unclear whether Besigye would contest for a fourth time. However, once the FDC leader stepped forward, he quickly became the obvious choice for those tired of Museveni’s thirty year long rule.

Besigye’s resurgence was particularly striking in the Acholi sub-region of northern Uganda (made up of Agago, Amuru, Gulu, Kitgum, Lamwo, Nwoya and Pader districts). In 2006, Besigye secured 79.22% of this vote. However, in 2011, his support dropped to a mere 17.38% behind both Museveni (40.83%) and Norbert Mao of the Democratic Party (DP) (26.39%). In 2016, Mao opted to support Amama Mbabazi’s candidacy on a Go Forward ticket. Nevertheless, Besigye secured 42.03% of the sub-regional vote, as compared to Museveni’s 41.10% and Mbabazi’s 10.91%; and if the opposition’s claims of widespread malpractice are true, his share could be even higher. 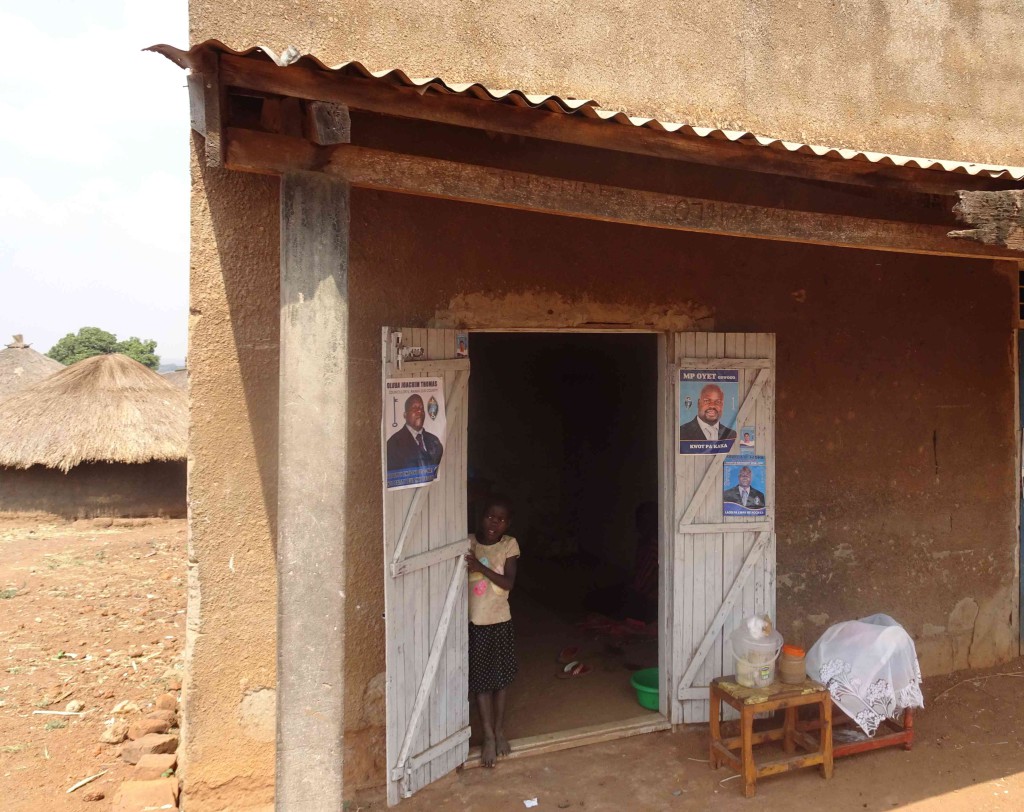 Clearly, NRM held on to much of the ground that they had won in 2011. However, they expended vast amounts of time and energy trying to improve on the same – a task in which they failed. Candidates and supporters spent more money than ever before – with money spent on posters, t-shirts, public address systems and mobilisers, but also on direct handouts to individuals, groups and associations. The NRM campaign also promised further goodies if the region voted for NRM candidates, and threatened economic marginalisation and even a military takeover in the case of an opposition victory; the latter constituting no idle threat in an area that is still recovering from a long and vicious war that involved abuses by both the Ugandan military and the Lords Resistance Army (LRA). Such intimidation was then reinforced by a visible security presence, and by the looming threat of potential violence at the hands of security officers, but also by Crime Preventers – a partisan community policing initiative. Finally, but not least, NRM claimed credit for bringing peace and stability to the region, and for various development projects – from the electrification of many rural areas to new roads and hospitals.

This campaign clearly persuaded significant numbers of people to vote for Museveni, but Besigye nevertheless edged ahead in the polls. This was despite the fact that FDC candidates and mobilisers had little money, and enjoyed none of the benefits of incumbency. So why did NRM’s money and threats fail to sway the local majority, and why did Besigye regain much of the ground he had lost in 2011?

In short, Besigye benefited from the force of the opposition’s principal campaign message; namely, that Museveni had overstayed, and that NRM was trying to use money and threats to impose weak leaders on the community. In turn, opposition politicians insisted that people should stay firm and brave, and elect strong leaders that could defend people’s interests. People were thus encouraged to take money from NRM candidates, but to view such gifts as something that should not buy five year’s in office. The idea, summarised in one Acholi saying, was simply that, while you can play with someone’s stomach, you cannot play with their brain.

In making this argument, opposition leaders pointed (amongst other things) to a series of land disputes, which they cast as attempted land grabs by well-connected individuals. The implication was that weak leaders would not only fail to improve on local service delivery, but would also facilitate further land grabs. This sense of impending threat was then interwoven with a narrative of past injustice where people from the west of Uganda were alleged to have reaped disproportionate benefits from Museveni’s rule, while the north had suffered gross injustices during the war and ongoing economic marginalisation. Local opposition leaders in turn calling for affirmative action, reparations and accountability.

Such reasoning resonated with popular understandings of the past and possible futures, and was bolstered by communal narratives of ‘good character’ – with emphasis placed on attributes such as honesty and bravery.

This message also benefited from shortcomings of the NRM’s campaign. Particularly problematic was the fact that, in clear breach of electoral laws, much of the gift giving was associated with a serving military officer. Worse still, with an officer who was widely disliked and alleged to have killed a prominent opposition activist back in 2002. The fact that the officer was also supporting a number of family members and an alleged lover, helped opposition politicians to present NRM efforts as a “family affair” that sought to entrench the interests of a few over and above the majority.

But why was it Besigye, and not Mbabazi, who gained ground, even though the latter was backed by the popular local leader Norbert Mao? First, Mbabazi’s character was also in question due to his association with grand corruption scandals. At the same time, Mao’s support proved half-hearted as he encouraged people to vote for Mbabazi, but also recognised that they might want to vote for Besigye, and insisted that the most important thing was that they reject Museveni. In addition, while FDC had taken time to develop party structures and to engage party mobilisers, Mbabazi’s Go Forward platform lacked an active presence on the ground. In this context, and as the reception of the FDC leader at rallies across the country suggested a two-horse race, Besigye emerged as the embodiment of a popular rejection of the status quo.

Such local level dynamics are interesting in and of themselves. However, they also highlight the inability of an overly simplistic notion of patron-client relations to explain local voting patterns. Ugandans did not simply reward the candidate who channelled the most resources down to the local level. Instead, campaigns were a matter of persuasion whereby candidates had to convince people that they were best placed to protect and further individual and collective interests. In this endeavour, NRM campaigned on a platform of incumbency – they had the power to distribute and deny resources, and to ensure peace and security. In contrast, the opposition campaigned on the need for change, and for strong leaders that could defend and promote community interests. Persuasive messages that left the Acholi vote divided.

Gabrielle Lynch is Associate Professor of Comparative Politics, University of Warwick in the UK