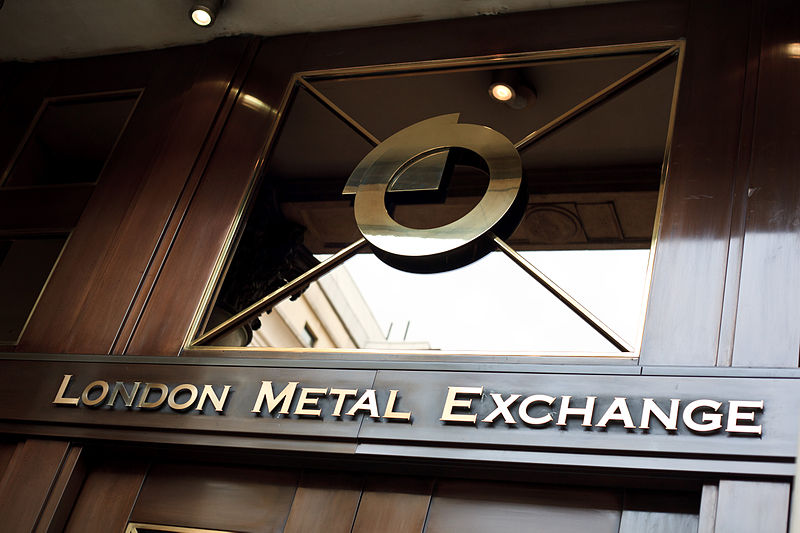 Barring some resources in Russia and elsewhere, South Africa claims more than 70% of global platinum production, and over 95.5% of known global reserves of this metal. In 2014, the country’s platinum sales totaled over R84 billion (upward of 7.5 billion USD). Despite its global dominance at the level of resource ownership and production, South Africa (from government to industry) has little input in the price-making process. Indeed it is a price taker. Instead, the ‘value’ and price of platinum is determined primarily by large banks in an institutional set-up that is a de-facto insider racket.

Historically, four entities largely determined the pricing process during two daily teleconferences. These proceedings were confidential and inaccessible to the public including traders, refiners and other participants. Some of the four members were involved in every aspect of the trade from warehousing to buying and selling it, laying the field wide open to anti-competitive behavior including price-fixing. Known as the London Fix, the process appeared quite literally a fix driven by global banking behemoths: Goldman Sachs, HSBC, Standard Bank, alongside one chemical company, Germany’s BASF. The members operated through a private company that determined the global reference price: London Platinum and Palladium Fixing Company Limited (LPPM). It is evident that the textbook idea of abstract global forces of demand and supply making prices is erroneous in this power-laden set-up where price-making is at the disposal of the few.

From 2007 until 2014, alleges the US-filed class action lawsuit (2014), members used privileged insider information to manipulate the prices of precious metals including platinum. The secrecy of the process allowed members to ‘execute trades…to make artificial the prices of physical platinum and palladium and platinum and palladium-based financial products…to reap substantial profits …while non-insiders were injured.’[1] To give roape.net readers a scale of the effect of damages: say, a South African mining company produced 580 000 oz at $1400 per oz or $812 million in sales; if the value-cum-price was artificially reduced by the price fixers by $100 per oz at a strategic point in the process, about $58 million in value would be ‘disappeared’ at that level of transaction, but be pocketed by others in the commodity chain that got the metal $100/oz cheaper than would otherwise be the case.

A high level source close to the LPPM members assessed that this price setting system violated the global administrative and regulatory standards of the International Organization of Securities Commissions (IOSCO). Notably, BASF declined to comment on the allegations due to ongoing litigation, while Goldman Sachs, HSBC and Standard Bank declined, or failed, to respond. [2]

On December 1 2014, responsibility for the LPPM system was claimed by the London Bullion Market Association (LBMA) replacing the old system with a new process: Cue the London Metals Exchange (LME). Part of the Hong Kong Exchanges and Clearing Ltd (HKEx) transacting more than 70% of the world’s non-ferrous metals, the LME won the bid offer to run a custom-built electronic system, facilitating digitized bidding and ordering processes, building in a mirror of sorts. This meant that an external body would now have access to information used to formulate pricing.

Yet the LBMA – regulating the price of gold and silver, too – operates along much the same lines of power as the LPPM did: an old boys’ club comprised of major London-based bullion banks. The platinum club itself has not been altered with the exception of one new member – UK-based Johnson Mathey. In effect, though control has been severed, influence over prices remains in the hands of a few powerful banks. ‘The pricing mechanism is dependent on their [the four members] participation,’ said Kathy Alys, spokesperson for the LME. The spokesperson declined to speak to the ongoing litigation against the members arguing that it predated LME’s involvement. But Mrs Alys confirmed the open door policy to other participants saying it ‘maximises the effectiveness of the price discovery process.’ In other words, the view here is the more players, including refineries and manufacturers, the better to break the bankers hold.[3]

The above described price setting mechanisms located in a cartel of banks and characterised by collusion of a few players matters for the political economy of price-taker countries such as South Africa, as we will see below.

Some background first. Platinum is largely mined from South Africa’s Bushveld Complex, arguably the world’s richest platinum reserve. About 20 tonnes of ore must be processed to recover 1 or 2 ounces of platinum. The metal is the country’s second largest export revenue earner trailing behind gold. Platinum was known as platina or little silver during its discovery period in the 18th century. The mineral isn’t really used to adorn high fashion jewelry and therefore not as visible a metal as say, gold. But it has often traded at a similar premium to gold, silver, bonds and equities.[4] Its value lies in the superior performance of platinum as a super-metal with excellent resistance to oxidation and corrosion, good conductivity, and catalytic uses.[5] Most importantly, platinum is the future of clean energy through reducing GHG, poisonous gas and other emissions.[6]

South Africa is rated solidly among mining investors: from 140 countries assessed by the World Economic Forum (WEF) in 2015, the country took 1st place for strength of auditing, 2nd for regulation of security exchanges, 3rd for efficacy of corporate boards, 14th for investor protection, 24th for property rights etc.[7] What the WEF hasn’t assessed is to what extent the country has ensured that resources are strategically transacted: when, how and at what price.  That the current price setting mechanism is grossly misrepresenting the role and power of South Africa in the global platinum industry is recognised by some; for instance, a former senior official from the Department of Mineral Resources (DMR) commented: ‘There is a need for a great debate on this – why South Africa isn’t playing a role in shaping price. This is a debate for the WEF.’

That said, one major question is: why is there not more pressure from South African actors to change the price making process? We tried to investigate this matter. Roger Baxter, CEO of South Africa’s Chamber of Mines, reports: ‘The fact is that platinum producers are price takers, with price determined by a combination of factors…A large portion of metal production is sold directly to long term customers …with specific reference to spot prices.’ That is, while the mining companies directly sell to clients, the price determined by the LPPM affects their revenue, and in so doing, the country’s take via taxes and royalties.

Speaking off record to people within the mining industry, we learned that some players don’t want more government involvement in price setting. One reasons for this is the perceptions of government corruption and inefficiencies, including the role of ‘patrons’ within the BEE (Black Economic Empowerment) sector; some therefore argued that business is better off with the laws of the ‘democratic market’ than a bigger role of government, even if that market is potentially ‘influenced’ by banks.

The knock-on effect of artificial undervaluation of platinum reported above, however, are distinctly political and socio-economic; for instance, the industry’s cost of production is perceived higher relative to market value, putting pressure on  labour costs (between 35% – 50% of total industry costs) and pre-tax profits.

What the market sees

Scholars probing the makings of labour wages say that affordability of wages depends on the prices of platinum group metals (PGMs). Wages, then, are determined not simply by a country’s constitutional laws and the mining companies, but also, the banks directing global markets.

Since the Marikana shootings in 2012, intense protracted strikes endemically spreading throughout the mining industry decreased production.  Platinum mining, employing over 130 000 people, can significantly – if temporarily – disrupt production if strikes are coordinated or, in this case, frequent. There is another interesting dynamic concerning price setting going on when it comes to wages in the industry: Lonmin’s former CEO Ian Farmer was paid R1.2 million per month excluding bonuses, shares etc. The miners received averages of R6000 per month in basic income, and lobbied for R12 500 per month.[8] The strike was eventually settled at R11 000 for some (slightly more or less depending on roles) with a R2000 bonus.[9] Yet in 2014, when platinum output, dropped, the new CEO, Bennetor Magara, earned R12 million in salary and R11 million in shares.

The injustice was not simply in the general level of wages earned at the lower bottom of the industry, but the wage disparity between classes of labour, i.e: CEO and Worker alike. Both ‘values’ are normalised by the abstract functions of the market. And though Lonmin is used as an example here, similar discrepancies and wage-setting injustices exist across the South African economy, prevalent in most industries and is not exceptional to mining.

As in the case of the pricing of platinum, the reference to the pricing of labour being an outcome of market effects and the ‘invisible hand’ is erroneous: the market’s reach is long or short depending on where and how governments, and constitutional courts, exert authority or remain absent. The catch-22 is also that BEE patronage has intertwined the interests of political elites with their corporate counterpart. South Africa’s government is itself conflicted: one party the African National Congress (ANC) dominates both government and BEE mining tenders held by powerful party members. Financiers to political parties are kept confidential as are party finances. The market, as ‘sole regulator’ of value – from humans to commodities – is kept in place for its fictive neutrality, its political-economic usefulness in not ‘seeing’ and therefore disguising socio-economic issues and conflicts, and not least, for passing the buck around contradictions informing South Africa’s political economy.

Whether erroneous or coherent, the platinum price fixed in ‘London’ (or other financial hubs) has real effects on price setting of blue collar labour in South Africa and elsewhere in the Global South. In other words: the prices for both the resource and labour remain legal (i.e. market-produced), whatever the injustice of it. It’s all to ‘the markets’ resulting in no ceiling for executive wage and no floor for labour wage.

In sum then, prices matter. Prices are political, so is the process by which they come about. Where countries hold the monopoly on finite resources and pricing is opaque, governments in Africa must revisit their role in price setting in the global industry, both for resources and for labour. After all, owning resources is one thing. The ability to develop those same resources in equitable conditions is another. The ‘market’ is only able to exact a certain value for labour and platinum where no other authority exerts itself – this includes the government.

This article was supported by Oxfam.

Khadija Sharife is the editor at the African Network of Centers for Investigative Reporting and a fellow at the World Policy Institute. She is the author of Tax Us If You Can: Africa (Tax Justice Network).

[3] The Discovered Price – i.e., the price achieved via the LME’s bespoke bidding platform – holds only if the difference between this LME assessed price, and the Member assessed price, is less than 4,000 troy ounces.  If the imbalance is higher, the process is repeated.  https://www.lme.com/~/media/Files/Metals/Precious%20Metals/LBMA%20Platinum%20and%20Palladium%20Prices%20%20Price%20Discovery%20Process%20Schedule%201.pdf

[9] Others earned more or less depending on different role: http://www.dailymaverick.co.za/article/2012-09-19-marikana-the-strike-ends-now-what/#.Vqt0ELJ97IU