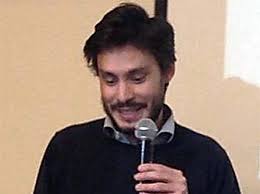 ROAPE Online is shocked and saddened by the news about the murder of Giulio Regeni, an activist and a PhD student at Cambridge University working on the Egyptian new labour movement. Under a pseudo name, Giulio wrote reports on his research for the Italian newspaper Il Manifesto. Today, Il Manifesto published his latest, and tragically last contribution. While Egyptian authorities first attributed the death to a robbery or car accident, sources now confirm evidence of torture on Giulio’s body and a slow death. Giulio’s murder is a stark reminder of both the dangers and the importance of research which is politically committed to economic and social justice. It is now estimated that there are more than 6000 political prisoners in Egypt and new prisons are built to house summary arrests without any due process. For us an important question is whether Giulio’s murder is the product of a policy to create fear for all researchers or if it was the action of rogue state agents in competing security services.  ROAPE Online sends its condolences and solidarity to Giulio’s family and friends. We encourage all our supporters to sign the online petition calling for the a full investigation into Giulio’s death.