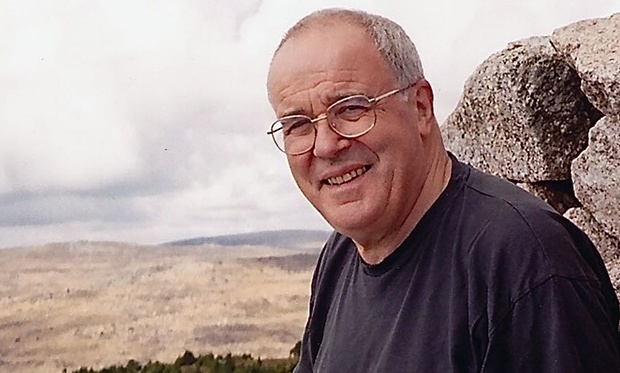 John Peel, who died on 2 November, aged 73 years, was a social scientist of considerable range and influence. His was a scholar of great integrity grounded in a humanity expressed over fifty years of weighty participation in and respect for the social sciences and arts, literary and visual, of Africa in general and of the Yoruba peoples of Nigeria in particular.  He was truly a loyal friend of Africa, passionate about the Yoruba, and their broadly based but endlessly deep and dynamic cultures and historic civilisations. His was a life dedicated to achieving superbly written high quality scholarship that he integrated with  a perceived duty to provide both committed leadership in the academy and enduring generous friendship to many in Africa,  Nigeria and Liberia, also in Europe, the US and UK.

John was born into an English middle class family, attended private preparatory school and subsequently was an outstanding pupil at King Edward’s School, Birmingham.  John’s father, Edwin Arthur Peel, held the position of Professor of Education at the University of Birmingham from 1950 to 1978; Peel pere was an advocate of Skinner’s empiricist statistical methodologies in educational psychology, rejecting Piaget’s and Vigotsky’s subtle interactive theories of children’s mental and emotional development. His mother, Norah Yeadon, was a school teacher who devoted herself to bringing up her two sons and three daughters.  In his address on the occasion of John’s funeral at St Michael’s Highgate on 20 November 2015, his close friend, the distinguished historian of the Akan people (Ghana) Tom McCaskie, suggested that John’s commitment to providing responsible leadership (possibly instilled by his father) co-existed uneasily with his desire for freedom in which to enjoy writing, thinking, walking, gardening and researching great French cathedrals.

John graduated in 1963 with First Class Honours in Literae Humaniores from Baliol College at Oxford.   A broad classical education in Ancient History, Greek and Latin Literature and Ancient Philosophy prepared him well for his subsequent development as a comparative sociologist, theorist and social historian under the flexible direction of the brilliantly able Weberian scholar, Donald Macrae, at the LSE’s Department of Sociology between 1963-66. Here John wrote up his doctoral Yoruba field research on African Prayer-Healing churches, subsequently published as Aladura: A Religious Movement among the Yoruba in 1968. The book was received to considerable acclaim as achieving a radical change in how we should analyse the role of people and religion in social change.

John’s interpretation of  Christian evangelism in Yorubaland  from a largely ‘bottom-up’  perspective – in terms of what ordinary and elite people thought, felt and desired for themselves –  rather than in  ‘top-down’ Western missionary and scholarly terms (‘orientalism in black Africa’),  rocked sociologists in Nigeria’s newly established then stellar universities of Ibadan, Nsukka and ABU (Zaria). Scholars in late 1960s and early 1970s in British and American social science, still largely dominated by ‘top-down’ empirically grounded models of society, were equally stunned.

‘Aladura’ introduced to African and Euro-American social science and history  a scholar of high calibre,  grounded in Western classicism, who sought in sociology and the history of African religions, to document  how Africans viewed, reasoned and yearned in their relations with the divine.  As John’s subsequent magnificent corpus would demonstrate, for all time, Yoruba Africans  lived for the most part orderly lives  in communities, large and small, guided by inter-personal and societal moral codes whose ancestral guardians, divinities, and lineage elders upheld strict moral rules for living in peace with culturally different and similar others.

However well ‘Aladura’ was received, acclaim in some quarters was qualified. The distinguished Yoruba social scientist, Oladejo Okedeji, like myself, was critical of the book’s somewhat problematic generalisations that to our then empiricist minds neglected conventional sociological methodologies (of the kind espoused by his father). Meanwhile, back in the UK, John was referred to in 1970s academic talk as ‘the great white hope of British sociology.’

John’s major publications on the role of culture and  religion in social change support, contrary to structural functionalist ‘reflectionist’ and Marxist materialist theorists, the Kantian and neo-Weberian  ‘intellectualist’ view, namely that fundamental concepts of the human mind structure experience.  ‘Aladura’, based on doctoral fieldwork and archival research, interpreted the rise of African prayer-healing churches from the 1920s – led largely by a growing class of clerks and junior professionals as school teachers – in the light of Kant’s argument that reason is the fountain-head of morality and attainment of a social life lived according to civilised principles of peace, tolerance and democracy. Yoruba, Ibo and Edo  clerks, primary school teachers, and literate traders felt the need for spiritual solace and support in ways resonating with indigenous religion’s emphasis on securing through prayer (adura), ritual (visions),  and sacrifice (in cash and kind) the good will of God’s Holy Spirit in battles against the Devil so social relations and individual fortune may  flourish.

Yoruba  and other Nigerian converts to African churches struggled to find biblically authorised ways of accommodating colonial and post-colonial society’s new trans-ethnic wage labouring realities with traditional cosmologies, rituals and kin-based relations of subsistence production. This theme of predominantly lower middle and working class urban dwellers’ efforts to accommodate tradition with modern realities through engaging in, and leading, new evangelical churches underpins John’s three subsequent publications on history and the role of religion in Yoruba social change: Ijeshas and Nigerians: The Incorporation of a Yoruba Kingdom, 1890s-1970s (1983),  Religious Encounter and the Making of the Yoruba (2000), Christianity, Islam and  Orisha-Religion: Three Traditions in Comparison and Interaction (posthumous, forthcoming).

These major works crown a life time of outstanding, stellar accomplishment in scholarship and academic leadership. Among other achievements he was appointed Editor of the International African Institute’s Journal Africa [1978-1986]; General Editor of the IAI’s African Library 1985-; elected Vice-President 1999-2000. In his role as a distinguished Professor, subsequently Emeritus Professor of Social Anthropology at the School of Oriental and African Studies, he was highly respected and admired by generations of students for his clarity and depth of thought, beauty of expression and capacity to impart to graduates in Peel-ian  interactionist terms the view that African cultures – and indeed indigenous religions as Yoruba Orisha –  are not ‘backward’ religions suppressed out of existence by dominant Christianity or Islam.  Rather are animistic ‘traditional’ religions, such as Orisha or Vodu (the latter is an official religion of the  Benin Republic), that are positive, dynamic forces that shape local  manifestations and practices of  modern Christianity and Islam whilst being shaped by these  world religions with their well-attested capacity  to suppress by means ostensibly peaceful and violent ‘traditional’ ecstatic religions.

John’s innate conservatism – reflected I suspect in his life-long devotion to Max Weber’s intellectualist view of religious conversion under early industrial capitalism (The Protestant Ethic And The Spirit of Capitalism, 1905) – informed his stout-hearted  eschewal of according a serious role in change to twentieth century capitalism, class relations and  under-development.  Unlike contemporary  post-modern scholars of religion and change whose cultural constructionism apparently exists in a bubble, floating freely in the writer’s head unanchored to the people in question, John’s analyses were soundly embedded in and integrated with ethnographically rich empirical data, written missionary and oral African historical texts, dating approximately from the 19th century. Yes, such ‘traditionalism’ informed by Weberian themes is a far cry from the theoretically rich and passionate neo-Marxist class based analyses of power, economy and African society published by ROAPE in its golden age in the 1970s and early 1980s.  But the outstanding quality of such a voluminous published output, so assuredly written with aptly chosen Yoruba adages, proverbs, and prayers demonstrating the inner spirit and values of a truly amazing African civilisation, assuredly compels our admiration and gratitude.

John’s unfortunately all too brief ‘third age’ following retirement in 2007 was rich in varied activities:  from visits to France  to enjoy the company of dear friends residing there and to pursue his French cathedrals project in which Tom McCaskie and others were frequent companions. John was blessed with great happiness through his relationship with, and subsequent marriage to, Anne Ogbigbo, a UNMIL (United Nations Mission in Liberia) official in Liberia responsible for human rights and development. From 2009 John visited Liberia frequently, staying for extended periods with Anne in Robertsport, a beautiful community on the coast, its oceans producing  crab and lobsters cooked to perfection by Anne and enjoyed by their household’s many visitors, African and European.

Desiring freedom from duty, John relaxed in Robertsport.  Writing to friends we learned that he enjoyed strolling around and dropping in on friends for chats over a beer. John came to know well  Robertsport and its warm, friendly people of all classes. This was anthropological field research at its most enjoyable. On Sundays he attended the local Episcopalian church (known locally as ‘Episcopol’) built atop a steep wooded hill; there he became a well-loved friend, singing heartily favourite hymns and participating in post-service discourse with traders, chiefs, government officials, women entrepreneurs and youth.

Known in Robertsport as ‘Papi’ or ‘Papa John’, since his death at 4 p.m. in  his London home on 2 November, 2015, many Robertsport friends phone Anne, comforting her and wanting her back home. Then, with Anne present, church folk will offer a special service in John’s memory while  Muslims will give prayers and ‘sacrifice’ to John’s soul to ensure his safe on-ward passage. Meanwhile, long-time friends in Nigeria are calling up Anne, asking her to join them there in the launching of John’s final book as well as in a projected Memorial Service at which people from many walks of life and quarters of the world will be present.

John’s legacy is so rich it will live far beyond our lifetimes, a joy for all lovers and scholars of African civilisations in an increasingly materialistic and conflicted world, a legacy that vandals and greed can never destroy.

Caroline Ifeka is a researcher in historical anthropology at the Australian National University in Canberra. For years she has written and researched on conflict, multinationals, the state, religions and the changing responses to Christianity in West Africa.