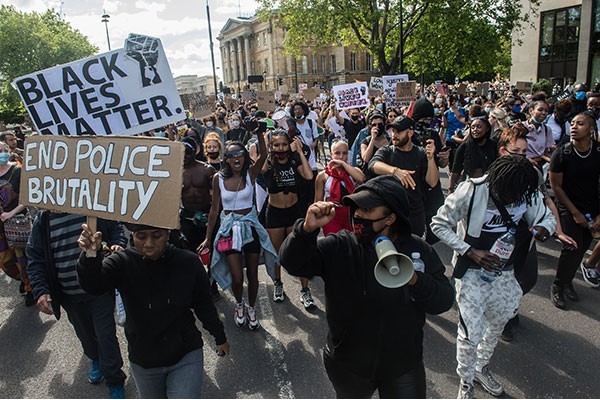 An uprising against racism not seen in generations has exploded across the US and around the globe. Resistance to police murder has widened rapidly to challenge the deep roots of brutal oppression and exploitation: calls to abolish the police grow louder while monuments to the US Confederacy, UK slave owners and settler-colonialism are crashing down at the hands of protesters.

In Africa, Europe and beyond, the weight of history is under fire, from the glorification of imperialism to the enduring colonial legacies of policing, global financial institutions and militarism. With the world fighting back, a past built on racism and inequality is being confronted at every turn in struggling for a new kind of society.

Join a conversation with activists and writers from the US, Kenya and Britain on the current moment, its challenges and hopes for revolutionary change.

The meeting will also be simultaneously translated into Kiswahili, please go here for the translation.

Robert Cuffy is a revolutionary socialist who is a co-founder or the Socialist Workers Alliance of Guyana. He lives in Brooklyn, works in Child Welfare and is a rank and file member of DC37 local 371 union and is also part of the Afrosocialist caucus and Labor Branch of the NYC Democratic Socialist of America.

Lena Grace Anyuolo is a writer and social justice activist with Mathare Social Justice Centre and Ukombozi Library. Her writing has appeared in Jalada’s 7th anthology, The Elephant and on roape.net here.

Jesse Benjamin is a scholar-activist and a member of the Walter Rodney Foundation board and founder of the Walter Rodney Public Speakers Series. His publications include the recently co-edited Walter Rodney volumes with Verso, The Russian Revolution: A View from the Third World (2018) and The Groundings With My Brothers (2019). There is an extensive interview with him here. 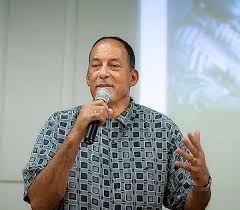