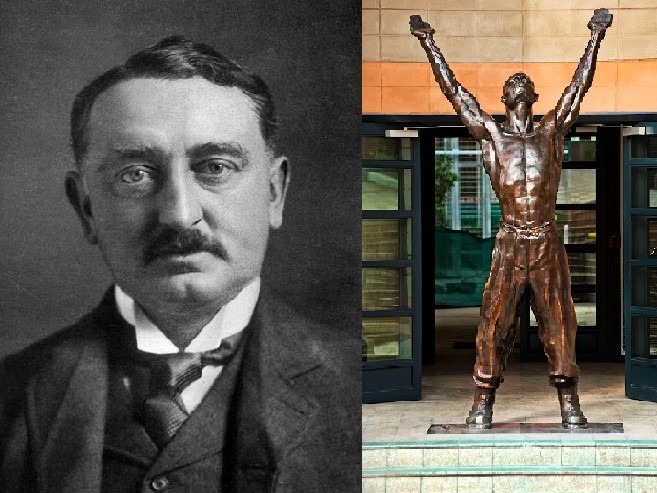 Across the world statues connected with slavery, oppression and colonialism have been falling. Robin Cohen argues that opponents of removing statues fail to acknowledge the degree of commonality in moral standards between the past and the present. Looking at the case of Oxford, Cohen explains that the time has come for Cecil Rhodes to fall – everywhere.

All over the world, the Black Lives Matter movement has targeted statues that have been associated with colonialism, slavery and oppression. Fallen statures include Captain Hamilton in Hamilton (New Zealand), King Leopold in Antwerp, Edward Colston in Bristol, and Robert Milligan in London. At least nine other statues have been taken down in the US and dozens more are on the target list of protesters. In Oxford, the protests centre on the statue of Cecil Rhodes (1853–1902), the British mine owner and imperialist who gave his name to Rhodesia (before that was changed to Zimbabwe) and endowed the Rhodes Scholarship programme. He was a benefactor to Oriel College, Oxford, where his statue hovers over the gateway to the college. Rhodes is also depicted on a plaque on Oriel’s property in King Edward Street, Oxford, citing his ‘great services to his country’. Prime Minister Johnson, like many others, has argued that judging figures like Rhodes by current moral standards is illegitimate and anachronistic. The implication of this defence is that even though we may now come to a different view, Rhodes’s conduct was admired, or at least accepted, by his contemporaries who also supported his imperialist ideas.

But was this true? Rhodes’s customary deceit was to use his company, the British South African Company (BSAC), to negotiate a mining concession with African rulers, then send in settlers and administrators, and finally annex their territory with brute force. In 1896, the Ndebele in alliance with the Shona had had enough of this chicanery and rose in full-scale revolt. This was suppressed with Maxim guns, resulting in the deaths of about 2,000 Africans and 364 white troops and settlers. Known misleadingly in old British and South African history books as the Second Matabele War, it is identified by Zimbabweans as the First Chimurenga [liberation struggle] or the First War of Independence.

Rhodes’s political base was the Cape Colony, where he served as Prime Minister (between 1890–6). However, in the genteel surroundings of white Cape society, few were clapping his exploits. Many of Rhodes’s contemporaries did not admire him. Let me start with a minor but telling family recollection. My wife’s grandmother was married into Cape Town’s small political elite and was expected to endure Cecil Rhodes’s company at official receptions on many occasions. Her considered opinion was blunt: ‘Rhodes is not a gentleman’. Given how painfully polite she was, this would translate nowadays to ‘What a contemptible scoundrel!’

Another family member, Sir James Tennant Molteno, the speaker of the Cape Legislature, strongly opposed Rhodes’s imperialism and by supporting the moves to make Bechuanaland a protectorate of the British Crown, helped to impede Rhodes’s proposed annexation of territory from Cape to Cairo. Rhodes tried his usual manoeuvre again in 1895, using the BSAC to acquire a large chunk of land in North East Bechuanaland, a plan frustrated by three Tswana chiefs who visited London and demanded that the British honour their agreement to protect them from incorporation into the Cape Colony.

Another damming verdict came from Olive Schreiner, one of South Africa’s most prescient anti-racist and anti-sexist campaigners who, in April 1897, wrote to John X. Merriman: ‘We fight Rhodes because he means so much of oppression, injustice, and moral degradation to South Africa – but if he passed away tomorrow there still remains the terrible fact that something in our society has formed the matrix which has fed, nourished, built up such a man!’[1] It should be added that her correspondent, John X. Merriman, later the Prime Minister of the Cape Colony, had served as Treasurer-General in Rhodes’s government but resigned in 1893 when the extent of Rhodes’s corrupt business dealings were revealed. This was known as the ‘Logan Scandal’.

In short, the pro-Rhodes argument that we are unfairly judging him by current standards is deeply defective. African communities and chiefs, and whites with moral stature, including a significant number of people in high office, saw Rhodes for what he was, a ruthless reprobate, and did not approve of his imperialist adventures. For reasons of self-restraint, I must forbear telling the full story of how Rhodes was the principle actor in dragging Britain into the South African War (1899–1902), where the consequent deaths comprised 22,000 British troops, 25,000 Afrikaners (many in concentration camps) and the often forgotten (surprise, surprise) 12,000 Africans. The indelible stain of Britain’s first concentration camps has not disappeared.

Evoking ‘changing moral standards’ in Rhodes’s favour is not a compelling argument. It fails to accept the arrogance of ‘presentism’ (that we would have done things better and that we are morally superior). It fails to recognize the extent of opposition to Rhodes, from both African and white social actors. It fails, finally, to acknowledge the degree of commonality in moral standards, then and now. As Robert Cook, the historian of the American Civil War, put it: ‘the truth, as I see it, is that in general terms today’s morals are not as different from those of the past as some commentators profess to believe. In the nineteenth century, for example, significant numbers of Britons thought that empire-building was wrong and that slavery was a sin that had to be eradicated’.

What, finally, of the argument that taking a statue down is a form of erasure – that if there is nothing there, there is nothing to learn. Those of us who want the Rhodes statue to fall are asked to learn from history. This is the strongest argument of the ‘standists’, but one that can easily be addressed by suggesting a replacement. Obviously, what is appropriate will need consultation and agreement between many interested parties – going well beyond the governing body of the college. I would like to suggest a new version of ‘The Unknown Miner’ – a sculpture of a resilient African whose manual labour produced Rhodes’s wealth and filled Oriel College’s coffers.[2] Rhodes’s statue was erected in 1908. Perhaps such a replacement would provide a better history lesson we can all learn from for the next 112 years.

[2] See Wald’s sculpture of that name in front of the Chamber of Mines building at the Faculty of Engineering, University of the Witwatersrand. For copyright reasons I’m not sure the image can be reproduced, but look at it here.