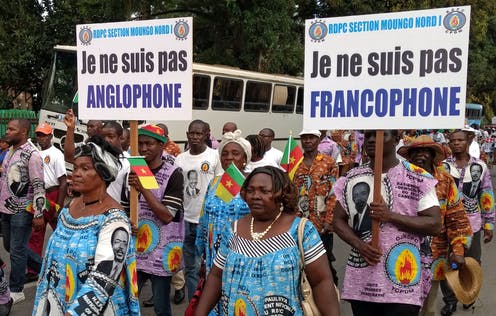 In this blogpost, ROAPE’s Jean Copans discusses his paper (available to read for free) on social class, African studies and linguistic divides. While lamenting how radical views have largely disappeared from the French intellectual scene, he notes that anglophone African studies almost entirely neglect work in French.  Copans argues that we must transcend from the start the constraints imposed by geopolitical and linguistic zones.

Access for free Jean Copans’ paper, ‘Have the social classes of yesterday vanished from Africanist issues or are African societies made up of new classes? A French anthropologist’s perspective’

Why such a long, very personal, and now that Brexit is probably on the way, exotic title for my ROAPE paper? Some brief explanations.

99% of the researchers and academics published in ROAPE are of Anglo-Saxon training and culture. Very, very few French and francophone Africans publish in the Review. Many cannot write in English (though I have to thank my English readers and editors, especially ROAPE’s Clare Smedley, for having brought necessary corrections to my paper) but today there is a more tragic reason.

So, let us begin as in a fairytale style:  Once upon a time …

French Africanists are aware, and most of the time are well aware, of the works of their English, American, Nigerian, South African, Ghanaian etc colleagues not only those dealing with the anglophone African countries but more generally when dealing with the general themes of their discipline whatever the social science. A second concern of mine is that very few anthropologists (or even sociologists) can be listed among the authors of ROAPE.

Of course many political scientists or political economists are ‘cultured’ in those disciplines and read thoroughly but they do not feel overly concerned by the methodological and empirical problems involved in social science research at least in the Africanist experience and tradition. The same can be said also to some extent of French scholars but the familiarity with the contexts, the unconscious traditions and the ‘habits’ of other ‘methodological nationalisms’, as the German sociologist Ulrich Beck describes them, is in general very limited throughout the whole world.

To come to the point: Anglo-Saxon researchers know in fact little of the French way of thinking about anthropology and sociology and even if Pierre Bourdieu is translated extensively into English. The general thrust of French disciplinary developments and tendencies is understood only after much delay and in a very partial way.

Once again this is an extremely ordinary state of affairs but sometimes this ignorance or schematic understanding of the traditions of the ‘others’ can be very misleading. In the Sage Handbook of Social Anthropology edited in 2012 by Richard Fardon and his colleagues (two volumes and more than 70 authors), 2950 names are listed in the name index. Yet only 40 of them are French or Francophone and in fact more than half of those are philosophers and political scientists. If we discount the name of our ‘great ancestors’ such as Mauss or Durkheim only 0.5% of the total number of names in the index are French anthropologists born in the 1940s.

Therefore, it is a sad conclusion: contemporary French and Francophone social anthropology is nowhere to be seen in such a panorama. It is not the result of a sinister plot but the very nature of the secret state of professional culture outside the French speaking world.

Not a very anthropological attitude to say the least!

There is no French or francophone ROAPE anymore and the only domain where a radical paradigm can still be read in French is southern American studies.

These basic reflections thus explain my quite complicated title: I have written my paper not only to promote my personal views on the uses of the concept of class in African studies but more specifically to explain to those not particularly informed of the French tradition in this field (which of course come out largely of African studies). Why my/our – French –  views are so distinct from the anglophone traditions when tackling the domain of social class analysis.

This ignorance is in my view quite paradoxical for the authors and readers of ROAPE are deeply concerned by the Marxist understanding of the world and the French have written extensively on this topic but … long ago!

The development of the French Marxist framework of thinking (1960-1980) is so specific that this story needs to be told. Only by recalling this history can I explain my point of view, reasoning and discussion of the papers published in the Review or in the blog section on capitalism in Africa. Everyone should be aware that my paper reflects a more collective and historical situation and not simply my ‘on-the-other-side-of-the-Channel’ idiosyncrasies.

I cannot summarize a paper that is already a summary of sorts. I will therefore only restate one of my major points at the end of the article: Such a vision of methodological issues and tools implies further reflexivity on the day-to-day impact of so-called methodological nationalism and, more generally, on the perverse effects of the traditional division of studies by culture or continent (here African Studies). In addition, we must transcend from the start the constraints imposed by geopolitical and linguistic zones: West Africa or East Africa; francophone or anglophone Africa; or, on a continental scale, Africa versus Latin America or South-East Asia. This approach also demands collective and ‘democratic’ research, independent of any ideological or teleological goals, since all societies would be, or would be in the process of becoming, class societies.

Throughout the article I also try to analyze the relationships between academic Marxism and militant and ideological versions of Marxism (both in the West and in Africa). My bibliography lists 106 references (38 from my works and 40 from French or French writing authors, only four of these being francophone African researchers). Of course I have read serious research works and the much more numerous purely ideological books dealing with purely imaginery classes. To paraphrase my conclusion, Marxist theories must not be automatically discarded with the bathwater of history, on grounds of globalised hypermodernity and continuous modernisation. If history is remodelling classes, then social scientists must rise to the challenge of systematically constructing but also reconstructing the objects of their reflection and research.

Access Jean Copans’ paper for free here: ‘Have the social classes of yesterday vanished from Africanist issues or are African societies made up of new classes? A French anthropologist’s perspective.’

Jean Copans  carried out fieldwork in Senegal over 40 years (1967–2006). He has been on the editorial board of several journals (including Cahiers d’Etudes Africaines, Politique Africaine and Revue Tiers Monde); has been a contributing editor to ROAPE from January 1981 until March 2008, when he joined the Review’s International Advisory Board; and has directed three series of books between 1974 and 2005 at François Maspero, Le Sycomore and Karthala publishing houses. He is the author or editor of 20 books and a great many papers.

Featured Photograph: From Verkijika G. Fanso’s article, ‘History explains why Cameroon is at war with itself over language and culture‘ The Conversation (15 October 2017).