The taming of youth activism in Tunisia and the Global South - ROAPE
20336
post-template-default,single,single-post,postid-20336,single-format-standard,ajax_fade,page_not_loaded,,qode-child-theme-ver-1.0.0,qode-theme-ver-16.8,qode-theme-bridge,qode_header_in_grid,wpb-js-composer js-comp-ver-5.5.2,vc_responsive

The taming of youth activism in Tunisia and the Global South 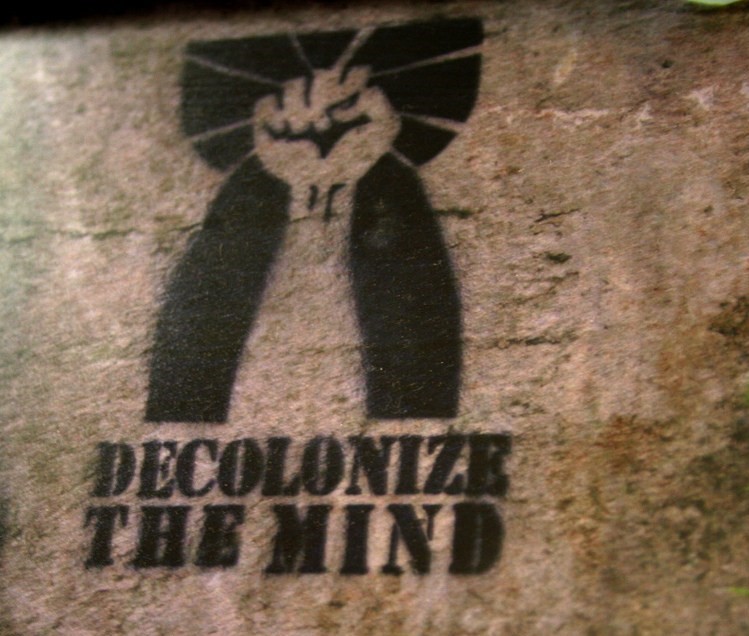 At the workshop in Tunis, Malek Lakhal presented a scathing critique of ‘capacity building’ and ‘awareness-raising campaigns’ promoted by Northern NGOs that rely on orientalist tropes of lacuna and deficiency to reinforce how Tunisians – and the Global South generally – are perpetually ‘lagging behind’ or ‘catching up’ and in need of western tutelage and knowledge.

My presentation to the Political Economy, Knowledge, Solidarity, Liberation: From Asia to Africa workshop in Tunis provided an ethnography of the neoliberal ‘capacity building’ workshop, focusing on the way in which a narrowly conceived Global South ‘civil society’ gets further incorporated within Global North dominated funding circuits and forms of knowledge production that are designed to tame youth activism. Capacity building is often paired with the ‘awareness-raising campaign’- two discourses that rely on orientalist tropes of lacuna and deficiency to reinforce how Tunisia and Tunisians are perpetually ‘lagging behind’ or ‘catching up’ and therefore in need of western (in this case ‘civil society’) tutelage and knowledge to reach an illusory state of ‘completeness’. These ‘free’ workshops contribute to the consolidation of the Western monopoly on knowledge production, as they bring a set of ‘best practices’ to be applied in Global South countries. For the purposes of this blogpost, I will only speak about capacity building.

Capacity building postulates local actors as suffering from a lack of skills as well as a lack of capability in relation to civil society organizing. In response to this deficiency, civil society organizations propose to remedy this lack by organizing capacity building workshops where local actors are trained. These workshops usually take place in hotels and are subject to a preliminary selection process: CVs, letters of motivation, etc. are taken into consideration by those deemed more expert at conducting civil society.

I base my analysis on a capacity building workshop in which I participated as a trainee between July and September 2017 to learn how to write a policy brief. The workshop, entitled ‘Policy Lab (We Gov) Empowering Middle East and North African Civil Society Organizations’ Participation in Policy Making’, was organized by the Tunisian association Impact Foundation under the leadership of an Italian NGO called Gruppo di Volontariato Civile (GVC). The workshop was funded by the European Union.

The facilitators were almost all Tunisians working in international organisations or as consultants for Tunisian NGOs. Most of the participants were students or young workers under the age of thirty. They were familiar with this type of workshop and had attended several of them. Some had already met at similar workshops in Tunisia. Participation in these workshops – whether in Tunisia or abroad – is seen as a plus to add to one’s CV, while offering the opportunity to travel and meet ‘leaders’ from all over the world. Several participants had accumulated ‘opportunities’- meaning they had attended multiple ‘workshops’, on themes like ‘entrepreneurship’ or ‘governance’, often providing them with the opportunity for international travel, to Europe as well as to North America or Asia. The young people who were participating were largely from working class or lower-middle class backgrounds, and therefore lacking access to economic and social capital. Most of them are graduates of Tunisian public universities, often in English language and civilization. The only one to have graduated abroad was a holder of a one-year master’s degree at the College of Europe, where he studied on a scholarship. Considering their social situation, which can often be precarious, it seems obvious why these individuals would choose to participate in such an event. There is the allure of social gain by integrating into the world of development and official ‘civil society’. This world offers them the possibility of significant social advancement as well as a chance to be recognised.

The discourse of capacity building claims to opens the way to a diversification of the ‘elites’. However, as Yves Dezalay shows, the stakes of internationalization are inseparable from the reproduction of social and class hierarchies in national spaces. These workshops function to (re)incorporate political and economic elites within western ‘governance’ discourses and practices, which in turn shape the Tunisian political landscape. They are a bet placed on aspiring new elites to rule the way they were taught to rule.

Participants were introduced to a range of neoliberal concepts like decentralization, leadership, and stakeholder mapping, connected by the overarching theme of ‘governance’. From the outset, a distinction was made between politics and policy, a binary in which the latter term alone is imbued with positive content. As the main facilitator of the workshop explained, politicians are steeped in ideology and therefore lacking in objectivity, while policy analysts are concerned with technique, with what he calls a ‘rational ideology, based on expertise, an efficient approach’.

In this workshop, we learned that voting and political alternation are completely inconsequential variables in the choice of public policies. The latter are above political considerations, they are under the reign of rationality and technique. Representative democracy is a mere formality, politicians play on passions and emotions to obtain votes, and leave the serious matters to the stakeholders: State, donors and civil society.

It seems to me that it is no coincidence that the target audience for these workshops is a young audience. These are political training sessions, dressed up in the finery of professionalization and skills acquisition. They teach young people that in order to obtain something from power, there is only the path of advocacy and not, of course, the path of struggle. This is also a first step in the professionalization of activism, which very often rhymes with maintaining the status quo.

Of course, the participants are not fooled; they sometimes criticized the imported character of the best practices they are taught during the workshop. In fact, almost none of them gave a policy brief, expressing disappointment with the training, which did not achieve its objectives. But it seems to me that despite the quirks, the fact remains that underneath, these individuals accumulate training which is above all the learning of a language, a method, and that it is not necessary to believe in it to apply it, to use it, to reinforce its hegemony.

These training sessions and workshops are a tiny drop in the bucket of neo-liberal governmentality. However, they play an essential rallying role in maintaining this regime. By training young people concerned with public affairs in ever more leadership and public policy trainings and workshops, the organizations behind these activities contribute to the strengthening of the political hegemony of neoliberalism by disqualifying other forms of political work. They are also neo-colonial insofar as they reinforce unequal power relations between the Global North and Global South: one as the eternal teacher, the other as eternal pupil.

This dynamic echoes the economic domination exercised by the international organisations in charge of maintaining the neoliberal order (EU, IMF, World Bank), which condition their loans on the implementation of structural adjustment programs and policies requiring the adoption of European standards. Like the colonial civilizing mission, these policies are always claimed in the name of the country’s best interest, in the name of economic ‘progress’. While the violent domination behind the rhetoric may have been exposed for many decades, one must be wary of the continued attraction that these ‘free opportunities’ offer young people aspiring for recognition.

It is crucial to point out the political agenda to which these governance projects are linked. A decolonial critique coupled with the popularisation of other possibilities for action, particularly collective action, are crucial to counter the insidious hegemony of governance and it is impact on taming youth activism.

Malek Lakhal is an independent journalist and researcher based in Tunis. She is also the co-founder of Asameena, a literary online magazine.

Featured Photograph: ‘The Road to Hell is Paved by Corporate Profits and Compromised NGOs’ (Wrong Kind of Green).