On the Shoulders of Giants - ROAPE
20245
post-template-default,single,single-post,postid-20245,single-format-standard,ajax_fade,page_not_loaded,,qode-child-theme-ver-1.0.0,qode-theme-ver-16.8,qode-theme-bridge,qode_header_in_grid,wpb-js-composer js-comp-ver-5.5.2,vc_responsive

On the Shoulders of Giants

Home > Blog  > On the Shoulders of Giants 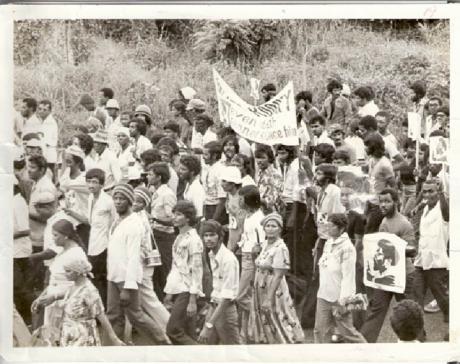 28 Jan On the Shoulders of Giants

Half a century ago, a young economist of German origin called Andre Gunder Frank was studying for his PhD at the University of Chicago with Milton Friedman, the doyen of neo-classical economics and advocate of ‘free markets’ as the basis for economic development and social progress. Frank gained his PhD in 1957, with a thesis on agriculture in the Soviet Union, but by now he had effectively rejected the teachings of his professor and was beginning to develop his own theoretical position.

Throughout the 1950s and 1960s, Frank taught in the United States, but in 1962, he moved to Latin America and taught at a number of universities there, including the University of Chile where he settled in 1967, and eventually became involved in the reforms undertaken by the government of Salvador Allende, who had, in 1970, become the first ever Marxist to be elected president in a democratic state. Even before his direct involvement with Allende’s government, however, he had married a Chilean left activist, Marta Fuentes, and had taken a significant move to the left, politically as well as theoretically.

In 1966, the radical American journal, the Monthly Review Press, published an essay by Frank on ‘The Development of Underdevelopment’. In this essay, he argued that contrary to mainstream development economics, which suggested that the poverty and underdevelopment of so much of Latin America, Asia and especially Africa was due to ‘backwardness’ and a lack of integration into the world capitalist economy, in reality, most of what was now becoming known as ‘the Third World’ had in fact been integrated into the world capitalist economy for centuries, through imperialism and colonization, and consequently underdevelopment in the Third World was, in fact, a direct consequence of the development of Western capitalism.

This was heresy, as far as mainstream economists were concerned. But his ideas were not only in contradiction to conventional economics, they were contrary to the views of those who guided US foreign policy and development ‘aid’ at the height of the Cold War. In fact, Frank explicitly criticized W. W. Rostow for his view – the conventional wisdom at the time – that, if the countries of the Third World were to ‘develop’ they would have to be transformed from ‘traditional’ economies and societies based largely on subsistence agriculture into ‘modern’ economies and societies, by a process of capital investment and technology transfer, largely from outside. In other words, that ‘backward’ countries could only develop through a process of capitalist investment and development, generated through greater integration in the Western-dominated capitalist world system.[1]

Frank’s essay on ‘The Development of Underdevelopment’ was followed in 1967 by a more substantial work, based on detailed studies of Chile and Brazil, titled Capitalism and Underdevelopment in Latin America. This in turn was followed in 1969 by Latin America: Underdevelopment or Revolution. Both books were published by the Monthly Review Press. By now, Frank was committed, not just to a distinctive theoretical position as regards the development of underdevelopment, but also to a political agenda that was explicitly revolutionary. The only way, he argued, to have any hope of socialist development, the countries of the Third World would have to break free of the relationship with Western capitalism that ensured they remained subordinate, peripheral and underdeveloped.

In this, he shared the vision of V. I. Lenin, as expressed in his 1916 work on Imperialism: Highest Stage of Capitalism, which describes the function of financial capital in generating profits from imperialist colonialism as the final stage of Western capitalist development. But Frank shared not only the economic vision of Lenin but also his belief that socialism could be constructed after a political revolution, even in a relatively backward capitalist country (like Russia or Chile). He and his wife supported the government of Salvador Allende until its military overthrow by the military in a coup d’état backed by the CIA which led to the death of Allende. In 1976, Frank wrote a bitter critique of ‘the Chicago Boys’ – the Chilean economists who advised General Pinochet, who replaced Allende and instituted a programme of economic austerity and privatization along the lines advocated by Milton Friedman – called ‘Economic Genocide in Chile: Open Letter to Milton Friedman and Arnold Harberger’.

Frank and his wife left Chile after the downfall of the Allende regime and over the next few years he took various academic positions, including that of Professor of Social Change at the University of East Anglia (UEA).[2] In this period, he managed to write several major and highly influential works, including World Accumulation: 1492 to 1789 (1978), Dependent Accumulation and Underdevelopment (1979), Crisis: in the Word Economy (1981), Crisis: in the Third World (1981) and Reflections on the World Economic Crisis (1981). Labelled variously a ‘neo-Marxist’ and a ‘dependency theorist’, Frank increasingly became associated with what came to be called the World Systems theorists, who included heavy-weights Samir Amin, Giovanni Arrighi and Immanuel Wallerstein, with whom he wrote Dynamics of Global Crisis in 1982.

In 1966, the same year that Andre Gunder Frank published his essay on ‘The Development of Underdevelopment’, Walter Anthony Rodney, a Guyanese by birth, who had graduated from University College of the West Indies (UCWI) in Jamaica in 1963 with a first-class degree in History, earned a PhD in African History at the School of Oriental and African Studies in London, at the age of 24. His dissertation, which focused on the slave trade on the Upper Guinea Coast, was published by the Oxford University Press in 1970 under the title A History of the Upper Guinea Coast 1545-1800 and was widely acclaimed for its originality in challenging the conventional wisdom on the topic.

Rodney subsequently travelled widely and became well known internationally as an activist, scholar and formidable orator. He taught at the University of Dar es Salaam in Tanzania in 1966-67 and then returned to his alma mater, the University of the West Indies. While there, he expressed criticism of the middle class for its role in the post-Independence Caribbean. Rodney became an out-spoken critic of capitalism and argued for socialist development. In October 1968, the government of Jamaica declared Rodney persona non grata. The decision to ban him from Jamaica and his subsequent dismissal by the University of the West Indies gave rise to protests by students and the poor of Kingston which escalated into a riot, known as the Rodney Riots, resulting in six deaths and causing millions of dollars in damages. The riots triggered an increase in political awareness across the Caribbean, especially among the Afrocentric Rastafarian sector of Jamaica, as documented in Rodney’s The Groundings with my Brothers (published by Bogle-L’Ouverture Publications in 1969).

In 1969, Rodney returned to the University of Dar es Salaam, where he served as a teacher of History until 1974. In 1972, his major work, How Europe Underdeveloped Africa (HEUA) was published. In it, he followed very much the argument of Andre Gunder Frank and described how Africa had been exploited by European imperialism, taking the form in many cases of colonial settlement and occupation, leading directly to the underdevelopment of most of the continent. But he also considered the dynamic of the relations of production and transformation of class structures within African societies. The book became enormously influential as well as controversial: it was ground-breaking in that it was among the first to bring a new radical and progressive perspective to the issue of underdevelopment in Africa.

Soon after its publication, the book gained widespread attention from progressive students, scholars and activists, and people concerned with African affairs. His innovative application of the method of political economy was a major factor contributing to changing conceptions of Africa’s past, present and possible future. Because it took the traditional mainstream and predominantly European and American historians of Africa to task and explained African underdevelopment largely in terms of imperialism and the prevailing neo-colonial order to task, it was also vociferously criticized. In recent decades, when the mainstream of development studies became dominated once again by neo-liberal economics, its visibility was diminished. Some scholars and pundits proclaimed that it was no longer a relevant work for Africa.

But, in The Enduring Relevance of Walter Rodney’s How Europe Underdeveloped Africa (published by Daraja Press in 2017), Karim Hirji makes a powerful case that, on the contrary, Rodney’s seminal work retains its singular value for understanding where Africa has come from, where it is going, and where it might go. Hirji considers Rodney as a historian, a theoretician and a political activist. He begins by outlining the publication history and contents of HEUA and noting the comments it has drawn from varied quarters. This is followed first by a depiction of the global context within which it was conceived and published, and its specific place within the radical and progressive tradition, and then by the effectively counter-revolutionary trend of more recent decades. Rodney is recognized as a leading analyst and proponent of African development, whose work has real contemporary relevance.[3]

In June 1980, Wole Soyinke declared: ‘Walter Rodney was no captive intellectual playing to the gallery of local or international radicalism. He was clearly one of the most solidly ideologically situated intellectuals ever to look colonialism and its contemporary heir black opportunism and exploitation in the eye’.  In June 2010, Winston McGowan remarked, at the Walter Rodney Commemorative Symposium held at York College, USA, ‘Walter Rodney was a pioneering scholar who provided new answers to old questions and posed new questions in relation to the study of Africa’.  Hirji simply describes HEUA as ‘no doubt, the 20th century’s most important and influential book on African history’.

Walter Rodney and Andre Gunder Frank developed original and radical perspectives for understanding world development and history. In 1675, the pioneering scientist, Isaac Newton, explained that, ‘If I have seen further, it is by standing on the shoulders of giants.’ The metaphor of standing on the shoulders of giants implies discovering truth by building on previous discoveries. This concept remains remarkably apt when discussing the work of both Rodney and Gunder Frank.

David Seddon is a researcher and political activist who has written extensively on social movements, class struggles and political transitions across the developing world.

Featured Photograph: a march of Indian and African workers after the murder of Walter Rodney in Guyana in 1980.

[1] Rostow’s The Stages of Economic Growth: A Non-Communist Manifesto, published in 1960 at the height of the Cold War, significantly subtitled, ‘a non-communist manifesto’ and was intended not only as a contribution to development economics but also to political and economic intervention by the US as leader of ‘the free world’ across Africa, Asia and Latin America.

[2] I had the privilege of teaching a Masters Programme on Contemporary World Development with him in the School of Development Studies at UEA for several years in the early 1980s.

[3]  Some of Walter Rodney’s books have been published with excellent introductions by Verso, including a new volume on the Russian revolution.