‘One Who Preferred Death to Imperialism’ - ROAPE
20203
post-template-default,single,single-post,postid-20203,single-format-standard,ajax_fade,page_not_loaded,,qode-child-theme-ver-1.0.0,qode-theme-ver-16.8,qode-theme-bridge,qode_header_in_grid,wpb-js-composer js-comp-ver-5.5.2,vc_responsive

‘One Who Preferred Death to Imperialism’

Home > Blog  > ‘One Who Preferred Death to Imperialism’ 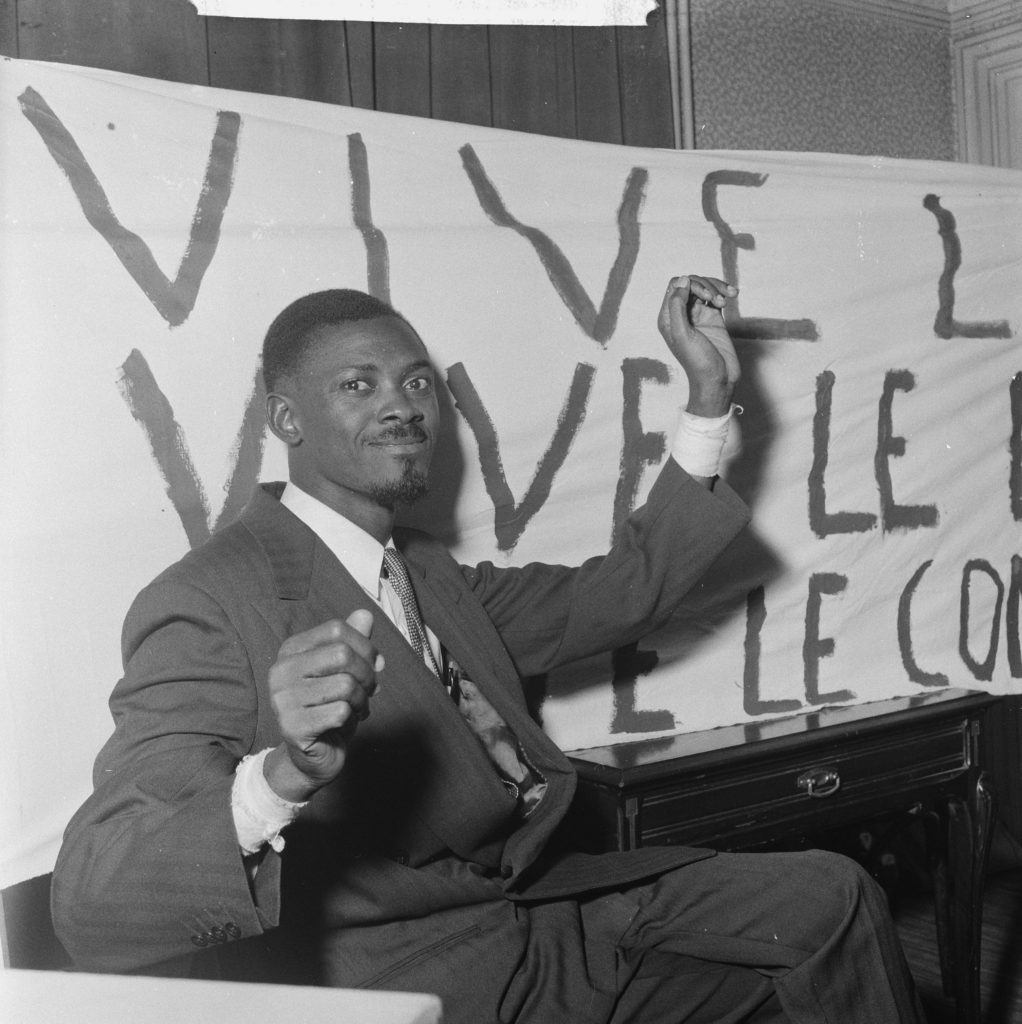 17 Jan ‘One Who Preferred Death to Imperialism’

On the anniversary of the assassination of the Congolese Prime Minister Patrice Lumumba on 17 January 1961, Brooks Marmon argues that the impact of the murder reverberated most strongly in the white settler dominated territories of southern Africa. The nationalists of Southern Rhodesia (today’s Zimbabwe) were disgusted by Lumumba’s death and the involvement of the officially departed colonial power.

The political crisis that broke out in the Congo (today’s Democratic Republic of the Congo) almost immediately after independence from Belgium in 1960 has been widely invoked as a formative Cold War catastrophe that remade international diplomacy.  A series of seismic events in the early 1960s directed the attention of the world to the Congo, including the Katangese breakaway, the deployment of the first major UN peacekeeping force, and the mass flight of white colonials.  However, the assassination of Congolese Prime Minister Patrice Lumumba by the authorities of the self-proclaimed secessionist Republic of Katanga, with US and Belgian complicity, may have been the most consequential event within this sordid saga.

Lumumba’s violent demise stoked global outrage.  As Keisha Blain wrote, the killing of Lumumba backfired as it ‘drew worldwide attention to the evils of colonialism and neo-colonialism.’  Newly independent African capitals like Lagos and Accra erupted in condemnation of the murder while protestors stormed the United Nations in New York.  However, the impact of neo-imperialist machinations in the Congo arguably reverberated more strongly in the white settler dominated territories of southern Africa than in the capitals of the Cold War’s main protagonists.[1]

This geopolitical arrangement and the strength and influence of the era’s ‘wind of change’ ensured that Zimbabwe’s anti-colonial nationalists were deeply attuned to the successes and struggles of the Congo.  The impact of this fixation was a double-edged sword.  Congolese independence and Lumumba’s attempts to resist Western machinations made Zimbabwe’s nationalists more uncompromising in the pursuit of their struggle.  This militant turn was particularly timely.  Zimbabwe’s nationalist leadership had been resoundingly condemned by its members for initially agreeing to a new British brokered constitution that did not provide for a universal franchise less than a week before news of Lumumba’s death broke.[2] At the same time, Lumumba’s execution at the hands of the Western-backed Republic of Katanga contributed to the development of an emphasis on pan-African unity and a political culture that continues to cast a shadow over Zimbabwean politics.

Joshua Nkomo, the leader of the National Democratic Party (NDP), Southern Rhodesia’s main nationalist movement from 1960-61, met Patrice Lumumba at the first All Africa People’s Congress (AAPC) in Accra in late 1958.  The independence of the Congo a year and a half later was closely monitored by the NDP. Although the NDP does not appear to have been represented at the Congo’s independence festivities, the Party held a meeting to celebrate the occasion in Salisbury, the Southern Rhodesian capital.  After one particularly rousing speech, the audience erupted with cheers of, ‘long live Lumumba! Long live his supporters!’[3]

The abrupt dashing of this enthusiasm ensured that Lumumba’s death had profound resonance. When the ex-Premier’s death was cryptically revealed on 13 February 1961, several weeks after his actual murder, the NDP swiftly issued a strongly worded statement of condemnation.  Implicating ‘all major Western powers’ in the act, the Party called ‘for the instant dismissal of Mr. Hammarskjöld [UN Secretary-General] and simultaneously, the evacuation of the United Nations forces from the Congo.’[4]  February 19, the first Sunday after the announcement of the killing, was proclaimed Lumumba Day.

Democratic Voice, the NDP’s occasional broadsheet, released an issue on Lumumba Day.  It contained three articles and an editorial lamenting Lumumba’s passing, as well as an epitaph which read, ‘here lies the magnanimous soul of one who preferred death to Imperialism.’ [5] In one of the few articles in the periodical to be attributed to a specific NDP leader, NDP Secretary- General George Silundika spoke glowingly about Lumumba’s lasting contributions. He announced the NDP’s recognition of the government of Antoine Gizenga, a Lumumba deputy operating his own government in the Congo’s northeast. Silundika wrote that Lumumba’s legacy ‘survives as the most dynamic symbol, the greatest and purest inspiration of determination defiant of all forms of imperialism.’[6]

To mark Lumumba Day, the NDP convened at least seven meetings across the country, attended by thousands.[7] In Bulawayo, the colony’s second city, the NDP declared that the main nationalist meeting ground, Stanley Square, would be renamed Lumumba Square.[8] Members of the Party’s Women’s League observed Lumumba Day clad in all black, while representatives of its Youth Council sported black armbands and waved banners denouncing ‘Western Imperialism.’ The US was singled out for particularly vehement criticism.  Enos Nkala, NDP Deputy Secretary- General, bluntly proclaimed, ‘the death of Lumumba was caused by the American Government and their NATO allies under the guise of UNO [United Nations].’  He added that following independence, the US consulate in Salisbury would be closed.[9] This anti-American strand continued to flourish in the NDP’s successor, the Zimbabwe African People Union. Nkomo invoked the American role in Lumumba’s killing in 1963 when faced with the formation of a breakaway group, the Zimbabwe African National Union (Zimbabwe’s current ruling party) that he thought was supported by the US.[10]

The other main target of the NDP’s ire was Moise Tshombe, the Katangese leader ultimately responsible for Lumumba’s elimination. Tshombe’s contrived explanation that Lumumba had escaped from his care and was killed by local vigilantes after several days on the run was believed by no one. In an open letter to Tshombe, William Takavarasha, a leading official of the NDP’s Gwelo Branch, asked, ‘are you not ashamed of uttering such an unbelievable story which is at the same time stupid and senseless?’ [11] Other letters to the editor of the Central African Daily News, the paper of record for black political opinion in the Federation, piled on the criticism. ST Swazvo of Salisbury warned, ‘If nothing is done to punish Tshombe and his henchmen…I am certain many Africans will not be happy.’[12]

Pan-African convocations provided additional opportunities for Zimbabwe’s nationalists to commemorate Lumumba and partake of wider continental solidarity that denounced the neo-colonial machinations on the Federation’s border. At the third meeting of the AAPC in Egypt in March 1961, Lumumba’s portrait decorated every corner of the conference hall.[13] The NDP was represented by a high-ranking delegation of seven. Party Vice-President Moton Malianga opened his remarks by lamenting the ‘sad story of the assassination of the illustrious son of Mother Africa, the late Premier Patrice Lumumba.’[14] Leopold Takawira, the NDP’s Director of External Affairs, then based in London, ‘appalled‘ his white British friends with praise of the USSR’s Africa policy and denunciation of the US role in Lumumba’s murder upon his return from Cairo.[15]

The disappointment and angst resulting from the failure to hold anyone in the Congo (or in the West) accountable for Lumumba’s death ultimately exerted a destabilising influence on Zimbabwe’s liberation struggle and its democratic aspirations. Following Lumumba’s death, the NDP and its successor movements became increasingly obsessed with ‘unity’, a concept the NDP saw as being one of Lumumba’s ideals. As the editorial in the Lumumba Day issue of the Democratic Voice stated following a fervent denunciation of Tshombe, ‘we have, therefore, learnt this one useful lesson, that any divisive tendencies within a party or its people must be nipped in the bud…’[16]  This lesson was violently applied several months later when the first significant splinter nationalist political party in Southern Rhodesia was violently repressed by the NDP.

The relatively brief, but intense flourish of preoccupation with Lumumba’s death among Zimbabwean nationalists and its centrality in their political activism also played a more positive role. Lumumba’s slaughter ensured that the pan-African momentum that accelerated the struggle from the time of the first AAPC was maintained. While overt discussions of Lumumba receded amidst the Congo’s continued instability, contemporary Zimbabwean interest in the slain leader remains. The administration of Zimbabwean President Emmerson Mnangagwa recently announced that a major thoroughfare in Harare’s central business district would be renamed Patrice Lumumba Street.

Ultimately, Zimbabwe’s nationalists may not have properly commemorated Lumumba’s legacy with their violent intolerance of political dissent. However, the pan-African solidarity that eventually facilitated Zimbabwe’s independence, particularly the support from its neighbours, the Frontline States, certainly did.

Brooks Marmon is a PhD candidate at the University of Edinburgh.  His research examines the impact of pan-Africanism on Southern Rhodesian politics in the era of decolonisation.  He can be found @AfricaInDC.

Featured Photograph: Patrice Lumumba in Brussels on 26 January 1960 during the Round Table Conference that set the date for independence on 30 June, 1960. In the photo Lumumba is showing the press bandages from injuries he received while in prison in the Congo (Herbert Behrens).