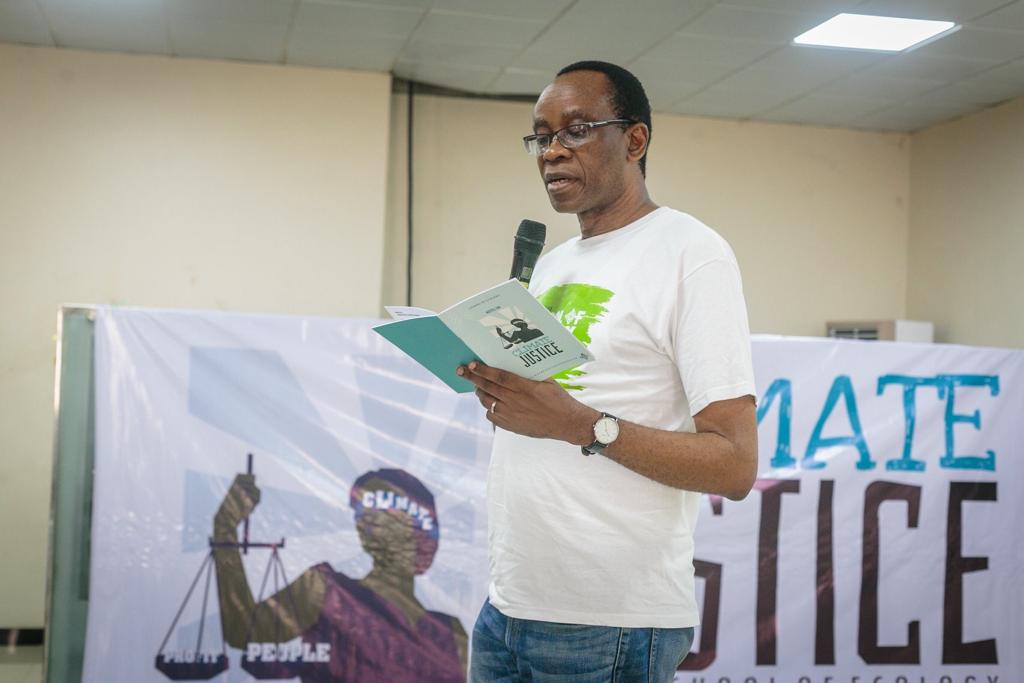 Nnimmo Bassey calls for us to pay attention to the disastrous impacts of climate change already being experienced in Africa. The need for action demands that the continent breaks with the futile dash to be like the rich, industrialised and polluting nations and interrogate the notion of development and growth in a finite world. Real action must start now.

While the world literally burns from climate and political turmoil, it is possible for Africa and other vulnerable regions to be overlooked. In an age where powerful leaders and corporations are wilfully in denial of the unfolding climate catastrophe, the news media could be drawn to focus more on assassinations, upcoming elections and the warmongering triggered by the petro-military complex. It is critically important that the world pays attention to the disastrous impacts already being experienced in Africa, and other vulnerable territories.

2019 was a year of extreme weather events across the world. Sweltering heat hit much of the world. Raging wildfires were recorded in Brazil, Bolivia, Australia and the United States of America. Massive floods ravaged even cities like Venice, famed to be able to handle floods.

Climate change was implicated in exposing over 33 million Africans (spread across Madagascar, Malawi, Mozambique, Zambia, Zimbabwe, South Sudan, Sudan, Ethiopia, Somalia and Kenya) to food insecurity emergencies. The food situation has been compounded by the erosion of food sovereignty due to the loss of biodiversity. Violent conflicts and poverty add another dimension to the dire situation and raises the number of those vulnerable to over 52 million.

Southern Africa warmed at two times the global rate and experienced two massive cyclones in March and April leading to a loss of over 1000 lives. Having two cyclones in one season was a record. The intensity and upward reach of the cyclones on the South Eastern coastline also broke the records. Cyclones Idai and Kenneth impacted close to 3 million persons. Some researchers tie the cyclones to the warming of the Indian Ocean. If this is true, we can expect more cyclones as well as the devastation of marine ecosystems in the region.

Within the year, the continent experienced a high level of climate induced refugees and migrations. Some of these refugees are internally displaced while many, seeking to escape the clutches of the disaster, lost their lives in the Sahara Desert or in the Mediterranean Sea.

In addition to the floods, droughts, deforestation, food shortages, violence complicates and escalates the problems. Floods displaced hundreds of thousands in Somalia within the year. It is known that disasters happen when hazards meet vulnerability. Things cannot get worse than when you live in an unstable society, with violence knocking on the door and then climate change steps in.

In the same year, Nigerians, though warned of impending floods, could do nothing to stem the tide when they arrived. Storms and cyclones brought deadly floods that hit Angola, Namibia, Uganda, South Africa, Burundi, Rwanda, Madagascar, Democratic Republic of Congo and Congo-Brazzaville. More than half a million people were affected by floods in Ethiopia and in South Sudan. According to reports, entire communities were submerged by floods, destroying basic services, markets and farms. Floods between August and October affected more than 420,000 people in Sudan with 78 people dead and 49,500 homes destroyed.

There are genuine reasons for anger at the inability of the multilateral system to address the climate challenge in a serious manner. Things have gone so bad it has taken the rising of kids to call out dithering adults before they could even come up with fictive false solutions. Vulnerable nations, including those in Africa were forced into a deadlock over Article 6 of the Paris Agreement. That article is the sword that fossil fuel interest groups foisted on the Planet.

The Article 6 promotes approaches that will help governments to implement their NDCs through voluntary international cooperation. The Article seeks to establish a policy foundation for a carbon emissions trading system, that allows polluters to buy the license to continue polluting from less polluting nations. The fossil fuels industry and partner nations love this article because it would require nothing but a monetary exchange for their climate sins. The point is this: the polluters have the cash and the vulnerable could receive the cash, but the Planet will suffer. The first step is to halt extracting and burning new fossil fuels. Next step is a planned systemic change. The alternative will be a chaotic change for those that may survive!

Science informs that the world cannot afford to open new fossil fuel mines or fields. This sector is responsible for 80 percent of all carbon dioxide pumped into the atmosphere since the industrial revolution. Rather than halt the extraction of the climate harming fuels, the industry is set to invest US$ 1.4 trillion in new oil and gas projects between 2020 and 2024. It is estimated that this will yield 50 percent more fossil fuels by 2030 and would drive the world to a 2 degrees Celsius temperature rise.

A combination of factors places African nations in a tight corner and requires critical examination of the route forward. First is the fact that while African nations have contributed little to the depletion of the carbon budget, and have been quite ambitious in the NDCs, they are trapped in the catch-up narrative where they make the futile dash to be like the rich, industrialised and polluting nations. They push for serious climate mitigation actions while ensuring high economic growth and development. Considering that economic growth and development in the current capitalistic and neoliberal framework propel climate change, it should be obvious that this is the wrong way forward.

2020 presents us with an opportunity to look back, hopefully not in anger. It presents us with a moment to interrogate the notion of development and growth in a finite world. It also gives us a moment to deliberate on means of halting fossil fuels proliferation and how to secure a just cooperative future for our peoples. Oilwatch International has proposed that a group of Annex 0 nations be created in the United Nations Framework Convention on Climate Change (UNFCCC) as a means of promoting real climate action. Countries like Belize, Costa Rica, France, New Zealand can already be grouped here as they have halted fossil fuels extraction. Ogoniland can also be recognised as a community that has taken this action within Nigeria. A fossil fuels non-proliferation treaty has been proposed for the halting of a disaster that is more likely to happen than what triggered the nuclear non-proliferation treaty.

We can be sure that 2020 will be even more challenging than 2019 in terms of climate impacts. There will be more climate disasters and accompanying displacements. It is time for global solidarity demanding real climate action — starting from divestments and halting of new fossil fuels projects. It is time for all to raise our voices while we have the opportunity. Tomorrow may be too late for any planned transition if system change and radical socioecological transformation is not birthed quickly.

Nnimmo Bassey is a Nigerian environmentalist activist, author and poet, who chaired Friends of the Earth International from 2008 through 2012 and was Executive Director of Environmental Rights Action for two decades. He is director of the ecological think-tank, Health of Mother Earth Foundation (HOMEF), based in Nigeria.