Plunder and Resistance in the Congo - ROAPE
20188
post-template-default,single,single-post,postid-20188,single-format-standard,ajax_fade,page_not_loaded,,qode-child-theme-ver-1.0.0,qode-theme-ver-16.8,qode-theme-bridge,qode_header_in_grid,wpb-js-composer js-comp-ver-5.5.2,vc_responsive

Plunder and Resistance in the Congo

Home > Blog  > Plunder and Resistance in the Congo 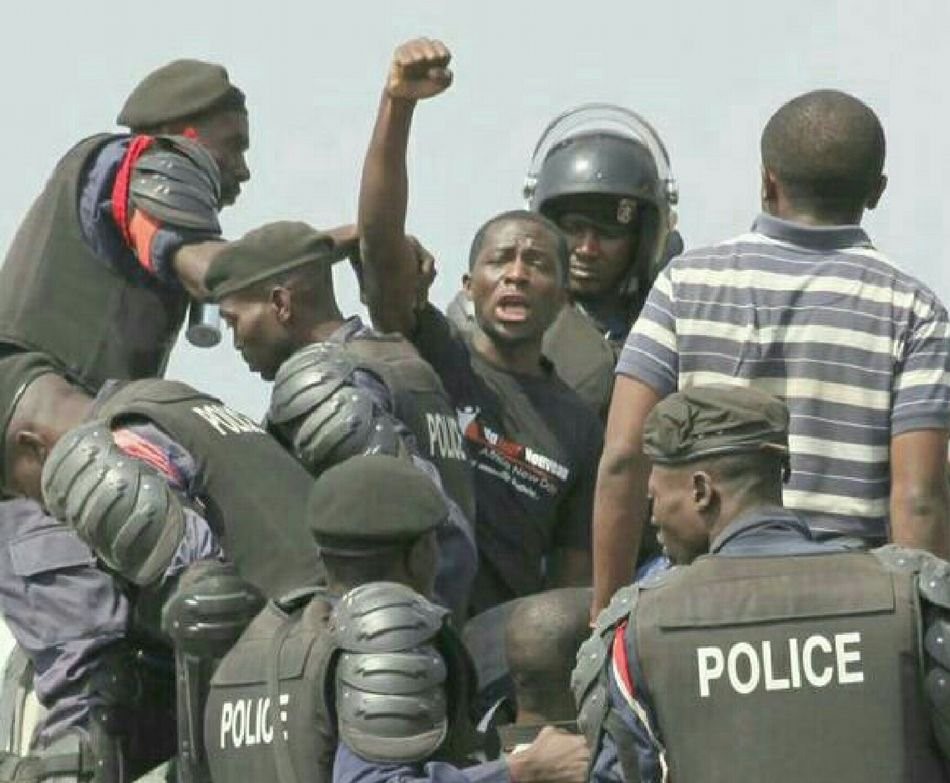 17 Dec Plunder and Resistance in the Congo

One year ago, in December 2018, the Democratic Republic of Congo went to the polls after a delay of two years. The election saw president Joseph Kabila cede office to his opponent Felix Tshisekedi in a shift that was widely interpreted to be a compromise deal cut to exclude his popular rival. Zoë Marriage describes how international interventions, donors and the international mineral markets are deeply linked to the extension of presidential power, and to the shaping of conditions for violence. Despite resistance, and the new government, the international political economy built on four centuries of violent extraction in the Congo remains in place. Altering power relations at an international level is essential.

Since the end of the Second Congo War, the Democratic Republic of Congo has consolidated its formal peace, rapidly liberalised the economy, including the mining trade, and held three contested presidential elections. Joseph Kabila remained president through the peace process, transition and two election cycles; a third election – due in 2016 – was delayed for two years. When it was held, in December 2018, Kabila ceded office to his opponent Felix Tshisekedi in a shift that was widely interpreted to be a compromise deal cut to exclude his popular rival Martin Fayulu.

Alongside the military, economic and political developments, there has been widespread violence, including army abuses against civilians, militia activity, sexual violence and generalised destitution. In explaining these forms of violence, many accounts identify national or sub-national origins, but there are reasons to take a broader perspective. International donor aid, political and diplomatic pressure to adopt liberal-democratic politics and economics as has taken place alongside relentless manipulation, financial irregularity and institutional opacity.

The contradictions involved in efforts to impose democracy and liberalise by illiberal means indicate the need to investigate whose interests are pursued and how by donor policy and implementation. In turn, this investigation provides inroads into questions of how international interventions are linked to the extension – and now contortion – of presidential power, and to the shaping of conditions for violence. Two mechanisms are detectable that combine to extend presidential power and reinforce violence, and which are operated largely by northern – European and North American – donors.

The first mechanism extracts control over political and economic resources from Congo. This was achieved by the mode of liberalisation that lacked transparency and took place in the post-war moment when capacity in Congo was low and decisions were dominated by a handful of northern donors. Similarly, donor control over the timing and organisation of presidential elections dispensed with political debate in-country. The rapid liberalisation and the lack of national management had political ramifications as the peace-time distribution of political and economic resources (including mineral concessions) was negotiated between a tiny political coterie in Congo and their international sponsors. With the political and economic transitions being mutually constitutive, the negotiation of power was ultimately defined by the competitive elite interests in the global North and those in China, to the exclusion of the vast majory within Congo.

The second mechanism is the oversight of violence for political ends – including state violence to intimidate any opposition, and military and militia-led violence – in pursuit of nominal political milestones. Pushing through and beyond the transition period involved donors tolerating ten years of war-violence in the east of the country, particularly in the Kivus, after the peace was signed. There were other forms of violence, including election violence in the capital Kinshasa, and the debilitating violence of generalised destitution inflicted on much of the population. Adhering to the aid and diplomatic schedule involved overlooking these forms of violence and in doing so stymying the mobilisation of opposition voices or groups.

The two mechanisms facilitated the extension of presidential power by granting wealth and impunity to the political elite, and then prompting further violence to control and undermine an increasingly frustrated and excluded population. What are the implications for the analysis of the conflict in Congo? It is clear that elite interests – in Congo and internationally – are incompatible with, and pitted against, those of the population. Adopting a perspective that includes northern donors’ decisions, interests and power into the analysis places the violent conflicts over minerals in-country (a line of investigation that has attracted particular attention) in the context of an international political economy.

The international minerals market is characterised by secrecy jurisdictions and off-shore companies, and the post-war implementation of donor policies strengthened links between the lawless domestic situation and the anarchic international market. Identifying an international conflict over the political and economic resources as a cause of violence in Congo presents the international conflict as the turbulence that gives rise to violent manifestations in necessitating and normalising violence. This perspective complements other research – into land, cattle and identity – that looks beyond the ‘conflict minerals’ work. It also makes clear that due diligence at source is impracticable for as long as the mineral trade is serviced through shell companies. There have been several attempts to identify and control mineral extraction at source, but exposing the lack of distinction between legality and illegality of international transactions and the fact that they are marked by anonymity and secrecy indicates that these attempts are neither feasible nor relevant.

Kabila held onto his presidency for two years after the 2016 election was due. The compromise deal resulting from the 2018 election highlights a measure of political resistance galvanised by the violence the population had experienced. The Catholic Church and informal political groups, principally LUCHA (Lutte Pour Le Changement), asserted themselves in the face of direct violence to mobilise domestically and make alliances with the diaspora and other observers from outside the country.

The political pressure that these groups of people brought to bear wrong-footed the President in his evident plan to hand over to his ‘dauphin’ Emmanuel Ramazani Shadary, but the resistance movement could not cancel the economic conditions that enabled Kabila to maintain significant power through the arrangement with Tshisekedi. There has been some shift in domestic office holders, but the structures that maintain an exclusive political sphere remain in place. These structures are supported not by the electorate but by involvement in liberalised illiberal mineral sales.

The conclusion of this line of argument is that until northern countries, and notably the UK, which has a host of little island hide-outs for shell companies – exert legal authority over operations taking place in their territories, the international political economy built on four centuries of violent extraction remains in place. This is a conflictual context (in which the Congolese population is structurally disadvantaged) in which powerful actors compete over their incompatible goals. Real change in the dynamics of conflict, which find violent expression in Congo, involves reformulating policy to one that alters power relations at an international level. With this comes the possibility of making a break from the abuse of the past that is continued in the present.

Featured Photograph: Luc Nkulula being arrested during a demonstation in Goma in 2016.