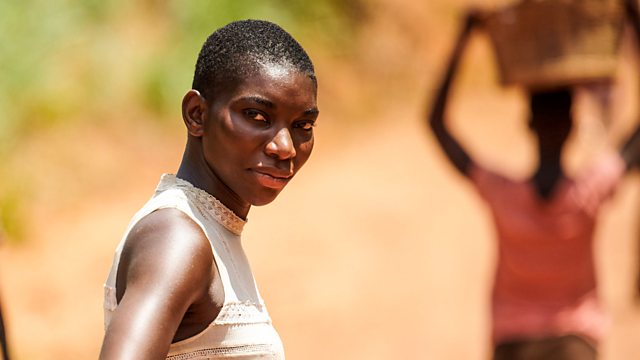 Remi Adekoya reviews a powerful drama based on the consequences of Rwanda’s genocide. He celebrates a series that draws attention to European-owned mining consortiums still carting away the continent’s precious resources in collusion with corrupt local elites and warlords. Adekoya writes that the drama tells a story of a continent still seen by Western powers primarily as a source of wealth by any means necessary rather than a place where flesh-and-blood human beings deserving dignity and respect reside.

The BBC series Black Earth Rising is a must-see for anyone interested in the relationship between history, justice and power. Michaela Coel delivers a brilliant, if occasionally overacted, performance as the adopted Rwandan daughter of a British lawyer played by Harriet Walter. Kate Ashby, Michaela’s character, is a genocide survivor whose childhood experiences during the 1994 mass massacres in her country of birth have left her traumatized and depressive, yet still remarkably strong and resilient.

Beyond her sarcastic mask, she enjoys a tight bond with Eve Ashby, her adopted mum, who rescued her as a child during the genocide and has done everything to shield her from her painful past. However, any such illusions that an escape from the past is possible end when Eve Ashby decides to take a case prosecuting a former Rwandan (Tutsi) General, one of those who helped end the genocide, for war crimes. Kate is aghast and cannot comprehend why her mother would prosecute someone she considers one of the heroes who helped end the genocide of people like herself at the hands of Hutu militias.

As always though, the past is far more complicated than history books and subjective individual memories suggest, and after her mum is killed early on in the story, Kate embarks on a mission to discover the truth behind her death. It is a mission that takes her on a whirlwind journey of intrigue, deception, greed and murder while turning everything she has ever believed in her life upside down. “Everything you’ve ever been told is a lie” is a line she would hear often in her quest for the truth about the events surrounding her childhood past.

Through its various twists and turns, the story revolves around certain themes relevant to current debates, the first being on how to deal with a painful past. What is worth remembering? If a past is so painful it involved fellow citizens waging ethnic genocide on each other, is it worth talking about this today at the risk of re-opening still-raw wounds or is it better to avoid such discussions in the interest of national unity and focus solely on the future? Is there really anything tangible to be gained for anyone from reliving a past full of horror, fear and hatred? But then again, is it realistic to believe it is possible to bury the past forever? What if a suppressed past resurfaces one day with redoubled ferocity? And what about the victims of a terrible past, don’t their stories deserve to be told and heard? These are not banal questions to be answered with easy moralistic retorts, they are serious issues that those running a post-genocide state like Rwanda have to consider. Through its various characters, the series offers you some fascinatingly different perspectives on these issues.

The story also revolves around the theme of justice and primarily around the theme of who is to dispense justice for crimes on the mind-boggling scale of a genocide? In Black Earth Rising, the International Criminal Court (ICC) in the Hague serves as the main dispenser of such justice. But this raises questions being asked of the ICC in recent years, especially in Africa: why does the ICC seem to mostly prosecute Africans accused of crimes against humanity? Is this to dispense fair justice or simply another exercise in Western power cloaked in noble language? Can anyone imagine a Western leader being brought before the ICC? Can anyone imagine George Bush or Tony Blair being prosecuted for invading Iraq and provoking a conflict causing hundreds of thousands of deaths and years of chaos, all under what turned out to be false premises? What about the Western leaders who, with apparently noble intentions, ended up triggering the current chaos and insecurity in Libya by going after the Gaddafi regime? Or is international ‘justice’ simply something the globally-powerful dispense to the globally-not powerful when and where they see fit?

But then again, if country X does not seem to have the capacity or will to punish person Y who is clearly responsible for crimes against humanity, do we just let Y be and forget about their crimes and about their victims? Or is an institution like the ICC an imperfect, yet useful start to the idea of a universal justice? Also, how exactly do you measure what was ‘just’ and what wasn’t in a conflict with victims on both sides?

One thing the series did not do was explain in more detail the history of the Hutu-Tutsi conflict in Rwanda which did not start in 1994, but several decades earlier. The genocide was the culmination of those decades of conflict and mistrust and highlighting that would have enriched the picture for viewers. The show does, however, do quite a good job of highlighting the contradictions and tensions in the idea of a universal justice as currently being practised by the ICC.

Finally, Black Earth Rising highlights themes of post-colonial imperialism; European-owned mining consortiums still carting away the continent’s precious resources in collusion with corrupt local elites and warlords. It tells a picture of a continent still seen by Western powers primarily as a source of wealth by any means necessary rather than a place where flesh-and-blood human beings deserving dignity and respect reside. A place where the weakness of most states is exploited by foreign predators ready to do things they would never get away with in their own countries. A place where the ‘big game’ is played between Western powers.

However, the series also tells the story of an African government, in this case Rwanda’s, fighting to liberate itself economically and seize control of its own destiny. This even leads to some misguided decisions by one of its prominent officials, but rather than reveal the whole story here, I urge roape.net readers to watch this series. It is well-acted (John Goodman also puts in a great performance as a lawyer and family friend of Kate’s), the characters are believable, and the story is a universally human one, with its tragedies and its portrayal of the remarkable capacity for resilience we all possess when we have to. This is a series well worth-watching.

Remi Adekoya is the former political editor of the Warsaw Business Journal. He has provided socio­-political commentary and analysis for BBC, Foreign Affairs, Foreign Policy, Stratfor, Geopolitical Intelligence Services and Radio France International among others. Remi has a PhD in politics from the University of Sheffield and is a member of ROAPE’s editorial working group. His twitter handle is @RemiAdekoya1