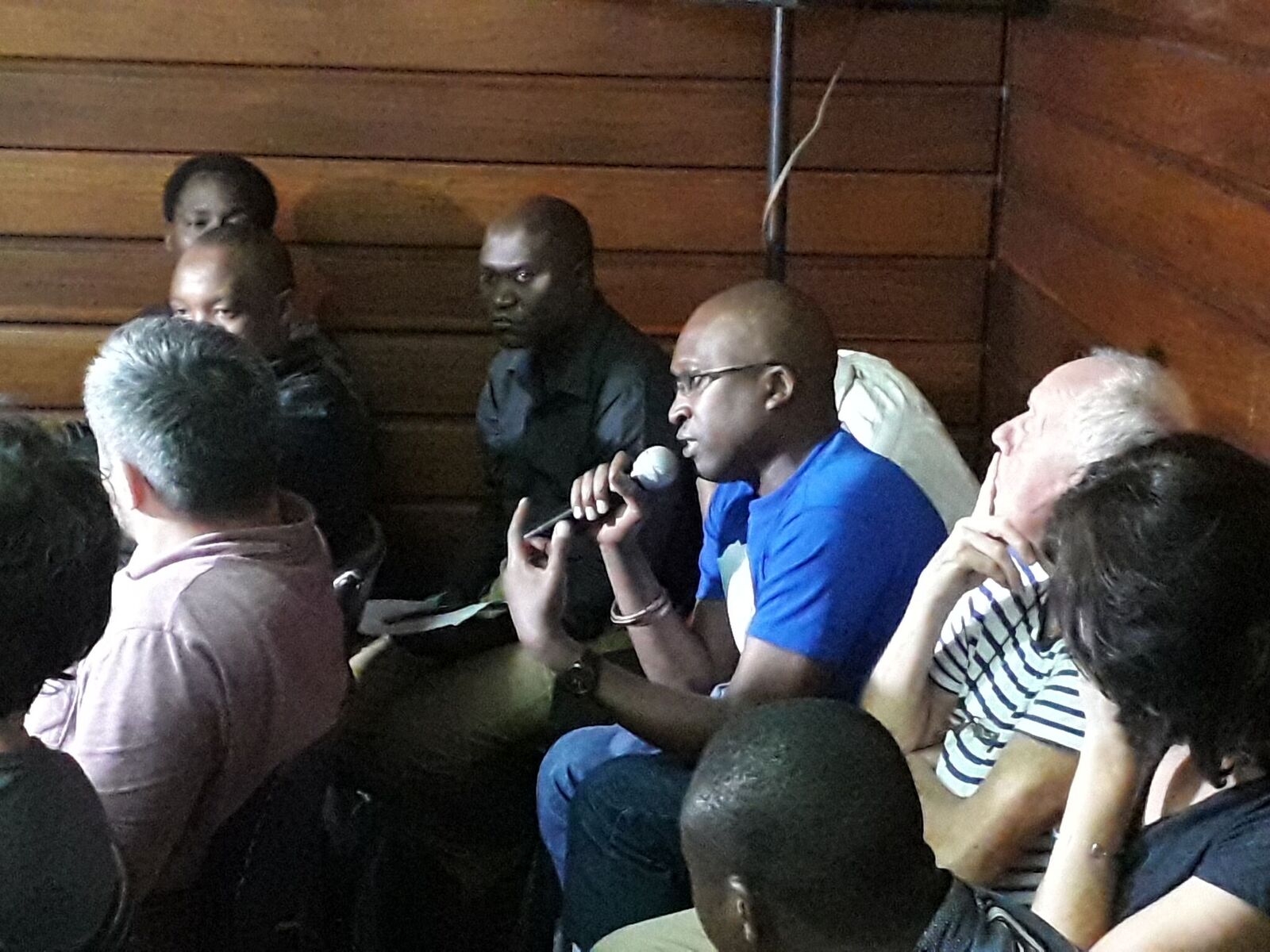 The ROAPE Connections workshops held in Accra, Dar es Salaam and Johannesburg in 2017-18 had several ambitions. The key one was to bring together left activists and intellectuals in debate and consideration of the potential for radical socioeconomic transformation and engagement in the continent. We held the first in Accra, Ghana in November 2017 to coincide with the centenary of the Bolshevik Revolution of 1917 and the 60th anniversary of Ghana’s independence. The workshop in Dar coincided with the 50th anniversary of the Arusha Declaration which heralded a bold socialist experiment. The final workshop in this series was held in Johannesburg, South Africa. Linking the workshops with a critical but engaged view of revolutionary anniversaries sparked searching political questions and provided fertile ground for the debates we sought to generate.

A second ambition was to open up a discussion about widening and diversifying audiences for a journal like ROAPE in Africa and doing this with a radical message and vocabulary. Ultimately the workshops aimed to convert audiences into partners.  Our film of the events provides a flavour of the excitement and serious intent of all of us who attended the workshops and show that it can be done.

The film complements the extensive coverage we have lent to our workshops on the ROAPE website and in the journal. The website has hosted debates, contributions and interviews with participants (these can be accessed here and here).  But we are also a journal and we wanted a record there too of the workshop events, in order to put the debates and issues into a wider setting. So, the journal has sought to continue the coverage by producing, short special issues from each workshop (the first of these can be found here).

Conference proceedings and reports are often supremely dull – so we looked for ways of translating our own heady experiences of participation into a written format. That demanded a quick turnover to get the material out, a more accessible (i.e. less ‘academic’) style and presentation and a showcasing of the immediacy and essentially collective nature of the debates and the lively forthright arguments. We don’t claim to have got this right yet, but we have certainly begun to create a novel presentational model.

At each of our workshops both local and international scholars and activists presented, but in our first attempt (in Accra) we struggled to get enough activists to commit themselves to paper. By the time we mounted the second workshop in Dar es Salaam, we were more prepared to provide support and mentoring to newer writers and to insist on brevity and accessibility for those more used to academic writing.  Unusually, we wanted participants’ reactions to the workshop format and outcomes to be woven into their accounts of positions within a spectrum of debate and we wanted them to locate themselves within the context of struggles and political realities. Most importantly, the testimony had to be politically engaged and responsive to the ROAPE remit, within a non-sectarian left field of interactive talk.

We are not claiming to have fully succeeded, but certainly by the second (Dar) report we had included all shades of political positioning represented in the workshop, with nearly all the presenters coming through, and with pieces displaying a high level of mutual responsivity.  We interspersed their accounts with excerpts from blogposts illustrating how the audience had indeed engaged with and responded to the discussions. These were presented in ‘speech bubbles’ as another kind of voice.

One of our main objectives in launching the Connections workshops was to bring in a new audience of activist researchers and scholars and particularly younger people. We wanted to gauge the extent to which left ideas and analysis were being taken up by them in African settings. We hoped that they would also find in their participation a way of getting their voices heard beyond their immediate struggles. We were genuinely surprised by what we discovered – for example, amongst young radical thinkers in Tanzania the Arusha Declaration still had a powerful hold. And evidence of resistance and organising was found which was anchored in left analysis. This was then reflected in the pieces which we published in our report (forthcoming in ROAPE, issue 158) detailing for example the emergence of the Tanzania Socialist Forum and in Kenya the Social Justice Centres which have sprung up in response to state repression.

We made a determined effort to draw in contributors from across Africa and were able to claim participation from North, West, East and South as well as from Europe (West and East) and the United States. This ensured that the workshops were genuinely sharing ideas from across the continent and beyond and they did so with passion and rigour and with a commitment to pan-Africanism which is often hard to achieve.  We also worked to ensure there was a gender balance in participation and indeed women participants spoke as often and sometimes more effectively than men.

Whilst we provided the initial impetus and suggested themes, we drew in local activists and intellectuals who then set-up organising committees for each workshop. In Ghana we worked with our long-time partner Third World Network-Africa, and their coordinator Yao Graham who is also ROAPE’s Africa editor.  In Tanzania we partnered with Issa Shivji’s Nyerere Resource Centre and in South Africa with comrades at the Centre for Social Change at the University of Johannesburg and the Society, Work and Politics Institute (SWOP) at the University of the Witwatersrand. They thus controlled the agendas and invited the speakers, with some input from us, so that in the end this was a genuinely collaborative effort, locally embedded but also responding to local and international debates.

In our first attempt to widen the radical scope of debates we drew on existing contacts in West Africa and were gratified by an enthusiasm to attend the workshop in Accra. In the end a bus carried trade-unionists and other activists from Nigeria to Ghana to take part. In Dar es Salaam there is an annual Mwalimu Nyerere Intellectual Festival, initiated by Issa Shivji, which had taken place just before our workshop. This festival has played a significant role in reviving pan-African consciousness in the region especially for the younger generation. It has created political space for progressive intellectuals and from social movement activists. Several activists from Tanzania and Kenya who participated then attended our workshop as well. One of these, Gacheke Gachihi from Kenya, produced a moving account of how he became an activist in the context of struggles over oppressive conditions for workers, the right to organise and protest and in confronting the state over extra-judicial killings (see forthcoming ROAPE 158 and Gachihi’s interview on roape.net here).

What also came out particularly in Dar es Salaam were the intergenerational tensions in left movements, with some young activists taking older comrades as their mentors, whilst others were determined to ‘ruthlessly criticise’ them so as to ‘transcend their theoretical and practical limitations.’ The basic message from the young radicals was for ‘more action and less talk’, but our sense was that the openness about such tensions was cathartic and did not interrupt dialogue about how to organise and what kinds of struggle to engage in to make a difference. It helped to ensure that our debates were politically engaged and not diverted into forms of narrow academicism.

Open dialogue was indeed the mode of all the workshops as we confronted difficult issues in how to provoke social transformation and avoid sectarianism. The foundational call for meaningful connections at all levels – intellectual, social, and political – proved profoundly effective. With our comrades and partners, ROAPE is planning to continue the debates and connections in workshops and activities to be held across the continent.

Janet Bujra is a longstanding member of the Review of African Political Economy.