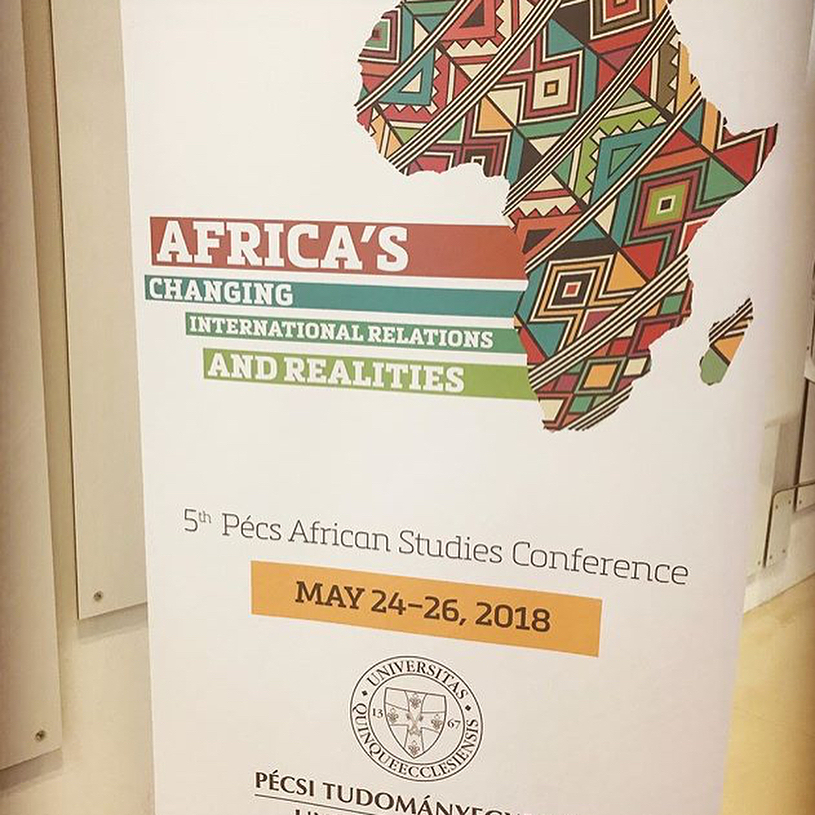 ROAPE’s Jörg Wiegratz discusses a conference in Hungary that pulled together African studies associations across much of Eastern Europe. It was an opportunity for important connections between researchers from the region and Africa. In a selection of interviews from the conference Jörg asks about the dynamics of research for Africanists across Eastern Europe.

The workshop series that ROAPE co-organised with local partners across Africa in 2017-18 is pointedly called ‘Connections’. The videos you see below are an outcome of the connection dynamics that emerge from these important and productive gatherings. In Dar es Salaam I met for the first time the Hungarian scholar Tamás Gerőcs, and we have been in contact ever since. Tamás has subsequently written for ROAPE, amongst others a blog about a debate at the workshop, as well as a Briefing on Russia in Africa that will be published soon. Thanks to the connection made in Tanzania I was informed about a bi-annual African Studies Conference in Pécs,  in Hungary, that was taking place a few weeks after our workshop in Dar es Salaam held in April last year.

One of the purposes of my attendance at the conference in Hungary – besides learning about the main workshop debates, the political economy analyses of speakers and African studies perspectives more broadly – was to connect ROAPE with the scholarly community that gathered in Hungary, including the respective African studies associations across much of Eastern Europe, and to learn more about the dynamics of African studies in these countries as well as to enquire about possible collaboration.

The programme of the 5th Pécs African Studies Conference titled Africa’s changing international relations and realities can be found here. Scholars came from various countries, including South Africa, Zimbabwe, Botswana, Ethiopia, Nigeria, Poland, Czech Republic, Hungary, Romania, Austria, Turkey, Russia, China, the US, the UK, and Italy. The conference included a session titled, ‘Visegrád Political-Scientific Symposium on Africa Policies and African Studies’ (the Visegrád Group, is an alliance of four Central European states – Czech Republic, Hungary, Poland and Slovakia) that was a dialogue among and between representatives of university departments/research centres of African Studies of the four Visegrád countries and heads of departments of African Affairs in ministries of foreign affairs.

If you are interested to know more about the conference, the research and teams working in African studies you can contact the main organiser István Tarrósy (University of Pecs, tarrosy.istvan@pte.hu) who is also the current Director of Hungary’s Africa Research Centre. These are the links to some of the African studies associations/research centres in Poland, Hungary and Czech Republic.

Below you can find videos of interviews (mostly) with scholars from Eastern Europe – Poland, Czech Republic, Hungary, and Romania – mainly about African studies in their countries. May the connections continue to grow and blossom.

Jörg Wiegratz is a Lecturer in the Political Economy of Global Development at the University of Leeds and a member of the editorial board of ROAPE. His recent book is Uganda: The Dynamics of Neoliberal Transformation (co-edited with Giuliano Martiniello and Elisa Greco, Zed, 2018). His is a regular contributor and editor of roape.net.