Corporate Suppression of Artisanal Mining in the Congo

Home > Blog  > Corporate Suppression of Artisanal Mining in the Congo 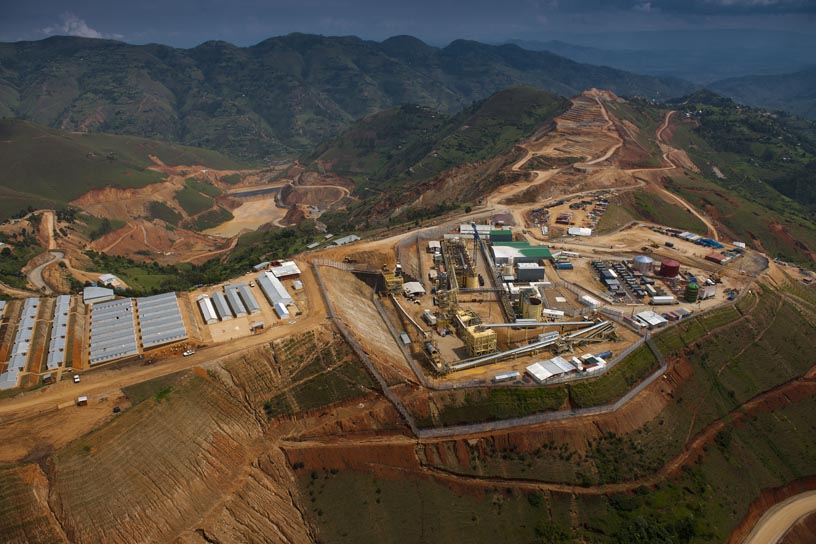 12 Feb Corporate Suppression of Artisanal Mining in the Congo

In a contribution to our debate on capitalism in Africa, Ben Radley writes that the involvement of TNC-led mining in the Congo has undermined the productivity and development of locally-led artisanal mining.  Researching artisanal gold mining in South Kivu, Radley argues that real progress in the sector has been led and managed by a local Congolese capitalist class through a process of technological assimilation, capital formation and mechanisation. These processes are being eroded by international capital, backed-up by the state and police.

This contribution to roape.net’s series on capitalism in Africa hopes to provide further evidence that – to paraphrase from Jörg Wiegratz’s earlier text – by directly engaging with and exploring the manifestations and contestations of capitalism in Africa, we can gain useful and fresh analytical insights into the obstacles to and struggles for development across the continent. The contribution is built upon a case study of gold mining in South Kivu Province of the eastern Democratic Republic of the Congo (DRC), which draws on around 12 months of doctoral fieldwork conducted in 2016 and 2017 (following a number of years living and working in the region).

While artisanal mining is the most important livelihood after agriculture in many rural areas across Africa, the sector’s low productivity and presumed inefficiency has been a core reason for its marginalisation in national mineral development strategies. This has, in turn, fed into the preference for the current dominant model of mineral sector development on the continent, which is for mineral (re)industrialisation to be led by the supposed efficiency and expertise of transnational corporations (TNCs). Indeed, it has in part been the presumed ‘pre-capitalist’ or ‘non-capitalist’ tendencies of African artisanal mining that have contributed to its marginalisation.

The contribution aims to challenge this line of thinking by arguing that, in South Kivu at least, artisanal mining is embedded in a social structure that is associated with increasing sectoral productivity via technological assimilation, mechanisation and capital formation, led by what we might consider a capitalist class of dynamic and relatively prosperous rural Congolese. While this shines light on the potential for this class to lead an alternative model of mineral sector development to that of TNC-led industrialisation, locally-led efforts at artisanal mechanisation have been disrupted and supressed by the Congolese state and its security apparatus, acting at the behest of the Canadian transnational mining corporation Banro, which holds a near monopoly on gold deposits in the province.

Banro arrived in the eastern DRC in the mid-1990s, and built its first industrial mine in 2010, at the top of a hill around 2,200 metres above sea level. Known as the Twangiza mine, several thousand artisanal miners were forcibly displaced to make way for its construction. Following their displacement, several hundred of them moved a kilometre or so downhill to another artisanal site called Kadumwa, following which production expanded rapidly. Artisanal miners at Kadumwa can be split into three categories: site workers, who work in and around the site transporting water, materials and ore; shaft workers, who work down the mine shafts to extract the ore, and; shaft managers, who provide the initial financial investment required to purchase land and construct and maintain shafts.

Most shaft managers heralded from local farming or pastoral families, and from a slightly wealthier rural background than site and shaft workers. They generally used this family wealth to assume their position in the production process, such as one who sold three cows inherited from his father to raise $1,000, which he then used to buy land at Kadumwa and begin shaft construction. In addition to taking on the associated risk through financial investment, shaft managers also mobilise and organise labour in production. At Kadumwa, many of the shafts were known as puits familials (family pits), composed exclusively of family or clan members, while others (but not all) were strongly oriented along similar kinship networks.

Over the course of the year, I collected detailed monthly financial logs from a sample of shaft managers, combined with many hours spent in conversation to help understand and interpret the data entries. The logs recorded the daily level of production, worker remuneration (which was generally made through a combination of in-kind and monetary payment), taxes (formal and informal), reinvestment in shaft maintenance and expansion, and the sale value of the remaining production to traders. The data indicated that on average shaft managers made around $20,000 in annual profits, propelling them into the upper stratum of the local economic elite.

Nearly all managers had used these profits to buy land and construct family homes in the nearby provincial capital city of Bukavu, at a cost of up to 15 thousand dollars. Most had also bought land locally, with some using it as a long-term investment for commercial tree planting and others as agricultural land on which they often employed daily wage labourers. Most had also accumulated significant livestock, and some had invested in commerce.

Having migrated their families to the city, their children were either in school or university, and they supported the education of other children or siblings either locally or in Bukavu. A typical story from the older generation of shaft managers was of one who, having bought land to construct his shaft in 1985, had put all five of his children through university in Bukavu. In 2017, one of his children was a university professor, one an engineer and one a senior provincial government official. In two generations, his family moved from rural farming to the urban professional and bureaucratic classes, and this is the trajectory aspired to and pursued by today’s generation of shaft managers.

Alongside these investments, a significant share of shaft manager profits was reinvested in production, despite the low capital intensity. In 2017, around $200,000 was reinvested in capital inputs, or nine percent of the estimated total value created by the site that year. The main inputs were timber to maintain and extend the shafts, and the use of generator-powered machines (manufactured in China and Japan and imported by Bukavu-based traders through Dubai) to circulate oxygen through the shafts and evacuate water. Most managers owned these machines, or hired them at a cost of $10 per day if they didn’t own one or their own machinery was broken.

Lastly, there was evidence that productive reinvestment was stimulating increasing sectoral productivity through a locally-led process of mechanisation. Around ten years ago in Kamituga, an artisanal mining town approximately 80 kilometres south of Kadumwa, artisanal miners began to notice a decrease in the quality of the extracted ore. In 2011, a Congolese entrepreneur brought three crushing mills to Kamituga from Misisi, a large artisanal gold site further south again, where the mills had been in use since around 2009. About the size of a cement mixer, the mills are powered by generators and grind large rocks into a fine powder, at a faster rate than can be done by manual labour. While a worker could break down around 15 to 25 kilograms of rock each day, one of the crushing mills could break down around 300 kilograms of rock in half an hour.

The entrepreneur had imported the mills from Tanzania at a cost of around $7,000 per mill. Shortly after, another Congolese set up a crushing mill repair workshop in Kamituga, which soon began to manufacture the mills locally. By the end of 2012, there were around 70 crushing mills across the three main artisanal sites in Kamituga. Around ten of the mills were owned by shaft managers, with the remaining 60 owned by local gold traders or entrepreneurs.

At around the same time, shaft managers at Kamituga were also beginning to connect sites to the local electricity grid, run by a hydroelectric power station. The aim was to facilitate the use of the same water and oxygen machines deployed at Kadumwa which – by circulating oxygen and extracting water – allow for production to continue at deeper levels underground. Through the increased use of machinery and crushing mills, a semi-mechanised mode of production was starting to organically emerge in Kamituga, with origins in productive techniques already adopted at other sites in South Kivu.

Yet Banro holds research and exploitation permits in the area, and the semi-mechanised extraction of previously unprofitable ore meant the Canadian corporation’s deposits were being exploited and exhausted at a much faster rate than had been the case under more purely artisanal techniques. This quickly became a source of tension between Banro and local miners. In early 2013, Banro opened legal proceedings against the mill owners, informing them that the mills would be appropriated if they were not moved off Mobale, the corporation’s major deposit in Kamituga. In September 2013, after owners failed to heed this warning, around 30 mills were appropriated by state agents with the support of local military and police, and transferred to state custody in Bukavu. Following this appropriation, mill owners formed and registered the firm Kamituga Development to represent and defend their own interests. In part as a result of mill owner negotiations, while mills are no longer present at Mobale, in early 2018 they continued to operate at Calvaire, a site of less strategic value to Banro.

Yet in April 2018, a letter was sent by the General Prosecutor in Bukavu to state mining police in Kamituga. The letter informed the mining police that the case against mill owners at Calvaire was still open, and that a visit would soon be undertaken by the court ‘to proceed to the suspension of all related [crushing mill] activity.’ While at the time of writing this visit has yet to take place, it nonetheless demonstrates that for Banro and the Congolese government the matter is far from settled, and as long as Banro has permits in Kamituga, state-led efforts to suppress locally-led processes of artisanal mechanisation seem likely to continue.

To summarise and conclude, in South Kivu a local rural class of artisanal shaft managers makes the initial investment to finance shaft construction, mobilises and organises labour, owns the (albeit limited) means of production, and reinvests profits, including in mechanisation. While they don’t use wage labour, as pointed out by Horman Chitonge in an earlier blogpost in the series, wage labour alone may not be an adequate concept for analysing capitalist manifestations in Africa. This also speaks to the concerns of Elísio Macamo in another contribution to the series, that when studying and writing about capitalism in Africa, we must avoid normative and deterministic pitfalls about the precise form that capitalism should take on the continent.

The findings also question the assumptions that have contributed to the marginalisation of artisanal mining, in favour of neoliberal mining reform promoting TNC-led mineral (re)industrialisation. The productivity of artisanal gold mining in South Kivu might be low, but it appears to be increasing, led and managed by a local Congolese capitalist class through a process of technological assimilation, capital formation and mechanisation. This class appear, then, well placed to deliver a more organic and embedded model of mineral sector development towards a semi-mechanised mode of production. The case study of South Kivu reveals the pursuit of such an alternative model is contingent upon the balance of power between TNCs, the state and artisanal miners which, at the current political juncture in the DRC at least, is unfavourable to the realisation of such a project. Nevertheless, such a model would better respond to the twin need of the DRC (and other African countries) for labour absorption and the domestic retention of the value generated by productive activity, than the low levels of employment and overseas syphoning of value for which the TNC-led model is so well-known.

Ben Radley is a Teaching Fellow at the Department of Social and Policy Sciences at the University of Bath. His research interests centre on the political economy of development in low-income African countries, with a focus on production networks and related labour dynamics.