The Making of Neoliberal Africa 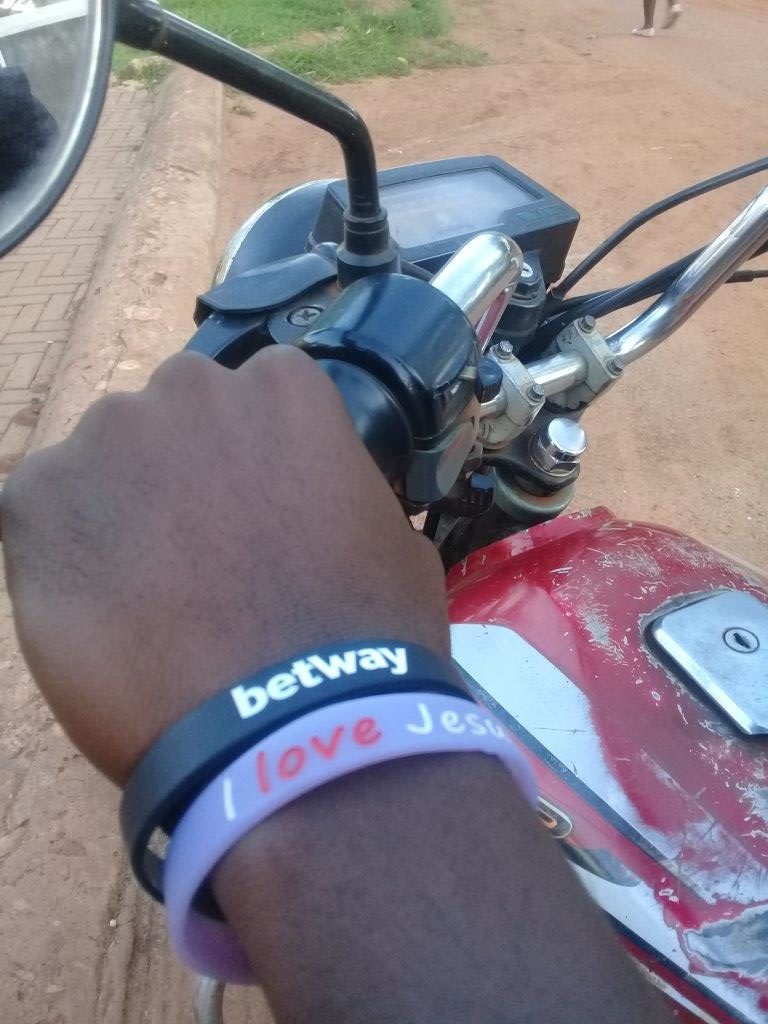 30 Jan The Making of Neoliberal Africa

Introducing a new collection on neoliberal restructuring in Uganda, the editors argue in this blogpost that the country has been a hotspot for capitalist restructuring, transformation, contradiction and crisis, past and present. Uganda has undergone an unprecedented political, socio-economic, cultural and ecological transformation, brought about by neoliberal capitalist reorganisation since the 1980s. Rather than seeing a post neoliberal world they argue that there is much more to come.

Neoliberalism as a project of reframing the social order and advancing market civilization appeared on the scene of global politics almost forty years ago. Exploring the key features of this restructuring might help understand the character of current political, economic and cultural structures and dynamics, the future direction of social change and perhaps anticipate major implications, contradictions and tensions embedded in this process. We argue that this is a central task in analysing the development of capitalism in Africa.

In our view Uganda is an exemplary case of neoliberalism, not only in Africa but across post-colonial, aid-dependent regions in the Global South. Many of the proto-typical, text-book characteristics of neoliberalism are present in Uganda. Why is that? Why does the caricature-type definition of neoliberalism – power and handouts to the bourgeoisie, immiseration for the subaltern classes – actually look like a pretty good approximation for the realities of neoliberal Uganda? These are questions that are of central importance in contemporary scholarship and beyond.

In the future, historians will probably debate what neoliberalism was all about. They may discover different takes on this in the literature from that time and perhaps they, like us, will find more useful the studies that focussed not on specific policies – ‘free market’, liberalisation, privatisation, etc.- but on the overall trajectory of social change, of what in academic speak is also called ‘social engineering’. Perhaps, these future historians will see that neoliberalism was about institutionalising a particular type of capitalism around the world, about embedding and locking-in a particular architecture of social relations. Perhaps, they will agree that the world was not post-neoliberal at all by the late 2010s, as some analysts of that age had prematurely claimed. Indeed, as we approach 2020 the world has never been more capitalist, neither has Africa.

If like our imagined future historian-of-neoliberalism, you also think this is a good way to understand ‘neoliberalism’, then you might be struck by how little data and analysis exists for the various African countries regarding the embedding of the ‘market society’ model . There is very little written on how this specific capitalist ideology and model of social order was institutionalised, not just in the realm of economic policy making or the economy more broadly, but across polity, society, and culture. In this broader sense, the making of African neoliberal capitalism in the various societies of the continent is rarely demonstrated in detail by scholars and other analysts. Rather, analyses of development and politics dominate African studies, as well as public debates while there is relatively little written about African capitalism.

This is the political and research background against which we, as editors of the new collection titled Uganda: The Dynamics of Neoliberal Transformation, had started years ago. We wanted the volume to distinguish itself from the existing scholarship in at least two ways. First, we wanted it to be a collective, multi-disciplinary undertaking to overcome the limitations of one-researcher-type monographs and articles. Second, we aimed at a collection that has authors focused squarely on neoliberal Uganda.

A major objective of this undertaking was to map, understand and explain the key features of both, the making and operation of neoliberal-capitalist Uganda. We did not want a volume that spoke of government ‘shortcomings’, or one that included a SWOT analysis, or used development speak, or offered policy advice. We were not interested in identifying dysfunctional policies in order to correct them, or states of mal-governance that needed betterment. Rather, we focused on revealing and understanding the purposes, objectives, and interests that underpinned the actions of the powerful – governments, donors, corporations, etc. There were several major questions we wanted to address in the collection. What does 30 years of neoliberal reform and transformation do to a particular society? What is the New Uganda, the new neoliberal-capitalist market society, all about? What are its characteristics?

When we started working on this collection, we felt that there was only a budding scholarship available on Uganda that gave neoliberalism the analytical seriousness and treatment that it deserves. Social science scholarship on Uganda has not sufficiently analysed the many characteristics of the all-encompassing process of change triggered by neoliberal reforms. And yet Uganda is a hotspot of capitalist restructuring, transformation, contradiction and crisis, past and present. The collection includes 25 researchers – with a range of data sets and analytical frames – offering a critical, multi-disciplinary heterodox analysis of the unprecedented political, socio-economic, cultural and ecological transformations brought about by neoliberal capitalist restructuring in the country since the 1980s.

For Western donors, corporations, and development agencies – and many Western academics too – Uganda was a testbed for getting capitalism to work on the continent, for creating a fully fledged market society, including a corresponding culture and politics. There are many examples but let’s take a contemporary one: Uganda is currently hosting one of the largest experimental programs of genetically modified organisms on the continent under the aegis of funders including the International Institute of Tropical Agriculture (IITA), United States Agency for International Development (USAID), Monsanto and the Bill and Melinda Gates Foundation. There are similar interventions being aggressively promoted in other African countries which have a similar status of ‘pilot country’ with international donors (such as Ghana and Tanzania). Such ‘experiments  have been the hallmark of neoliberal societal re-ordering and daily life for the last three decades. We argue that a systematic analysis of African neoliberalism in these donors ‘darling’ states would constitute a meaningful contribution to broader understandings of contemporary capitalism at the global level.

Notably, in Uganda, donors and IFIs have thrown not just money, but also all sorts of other resources to make this neoliberal restructuring work. ‘Reform’ has become a decades long mantra. All sectors of economy, society and culture have been forced to open up to neoliberal restructuring: ‘Reform for a better Uganda’ became the dominant call. These reforms had to clean the international image of an unsettled and unstable country, to ‘civilise’ the country, yet again. So reforms were cast as bringing about transition from chaos. The mantra became ‘normalise’, ‘modernise’ and ‘be like us’ – like the West. This is how the reform rationale was set up. In other words, for Uganda to ‘reform’, to become properly capitalist, was the raison d’être for the intervention of dozens of foreign actors, from multi- and bilateral donors (i.e. foreign governments), to aid organisations, corporations, religious organisations, global entertainment industry celebrities, etc.

Yet what did all this restructuring result in? This is probably one of the most awkward and critical questions to confront the reformers. Not just because there is no easy answer but because much of the data, let alone experiences and opinions of life in the new society, tell a story of conflict, crisis and social harm for millions of Ugandans, while other data indeed supports the government-donors’ narrative of ‘Uganda as a success’.

The global chorus of approval for Uganda’s restructuring is predictable enough. IMF Managing Director, Cristine Lagarde calls Uganda – in respect to the Fund’s GDP growth and poverty reduction objectives – an African success (incidentally, she said this in 2017, at the height of post-election crisis in the country). While, the UN Resident Coordinator and UNDP Resident Representative in Uganda, Rosa Malango, approvingly uttered in a 2018 speech, ‘Uganda is widely recognized for producing a wide range of excellent policies on social, economic and development issues’.

And yet, the newspaper front-pages tell a very different story. Alongside the reports about various national improvements and achievements including the openings of new factories, infrastructural developments and symbols of state power and purpose – a new bridge, a new highway, a new building for the Uganda Revenue Authority (now the highest building in the country) – one typically finds reports about how the neoliberal project is in crisis, or, indeed, under attack.

Do you want a glimpse of some recent examples? The Bank of Uganda faces a parliamentary probe over in-house fraud and mismanagement (in relation to controversial closures of commercial banks in the past 25 years); state agencies target and beat up critics; investors get defrauded, robbed, and attacked – leading to threats by members of the Chinese business community that they will leave if the security situation does not improve; military and police officers are protecting factories of foreign investors – the list goes on and on. At the same time investors, businessmen and -women, the ruling party, the National Resistance Movement, and many prominent advocates of reform, together with members of the ruling class, are regularly denounced and mocked in the public debate.

Between international acclamation and domestic ridicule what has actually happened to the rates of poverty, hunger and food security? Here is a section from our introduction, titled ‘Interpreting change in neoliberal Uganda’:

[Reports from the mid-2010s showed:] Millions were food insecure …[and] could not afford two meals… And, almost 2/3 were estimated in the recent Uganda poverty status report to earn less than 2$/day, thus classed by government statistics as ‘poor’ (19.7 per cent, at up to 1$/day) or ‘non-poor insecure’ (43.3 per cent, 1–2$/day) (2012/13). Other estimates suggested that 88.3 per cent of Ugandans (30.6 million) could live on less than 3$/day… The latest official poverty figure has increased between 2012/13 and 2016/17: from 19.7 to at first 27 per cent; then UBOS [Uganda Bureau of Statistics] revised this figure downward a few months after publication to 21.4 per cent [56 per cent in 1992/3, eds.], signalling a contentious politics of numbers which involves a plethora of competing methods of measuring.

Against this background, our book intervenes in the debate about what constitutes the New Uganda, more than 30 years into the neoliberal experiment. Our volume confidently confronts the accounts of the powerful, by questioning the mainstream narratives of a highly successful post-1986 transformation and contrasts these with empirical evidence of a prolonged and multifaceted crisis generated by a particular version of severe capitalist restructuring. Such an approach has, to date, been given little space in the context of neoliberal academia. We thus critique and challenge what thinkers from Rosa Luxemburg to George Orwell observed as the ‘truth’ of the ruling classes – we see this as a crucial political act.

In conclusion, we would argue, as we do in the book, that we are witnessing neither the last breath of neoliberalism, nor are we on the way out into a post-neoliberal world. Looked at from Uganda, the neoliberal project is alive and kicking and it is going through new rounds of restructuring, imbalances, tensions, conflicts, protests, and, you guessed it, more restructuring. There is much more to come.

Click here to read the introduction to the collection released from ZED and until the end of January there is a 50% discount on the volume.

The book production was financially supported by ROAPE with the purpose of advancing radical political economy analyses.

Jörg Wiegratz is a Lecturer in the Political Economy of Global Development at the University of Leeds and a member of the editorial board of ROAPE. His is a regular contributor and an editor of roape.net.

Giuliano Martiniello is an Assistant Professor and Director of the MSc in Rural Community Development at the Faculty of Food and Agricultural and Food Sciences, American University of Beirut.

Elisa Greco is a member of ROAPE’s Editorial Working Group and an expert on the political economy of food and agriculture in Africa. She is a Research Fellow in Agricultural Value Chains at the School of Earth and Environment at the University of Leeds.