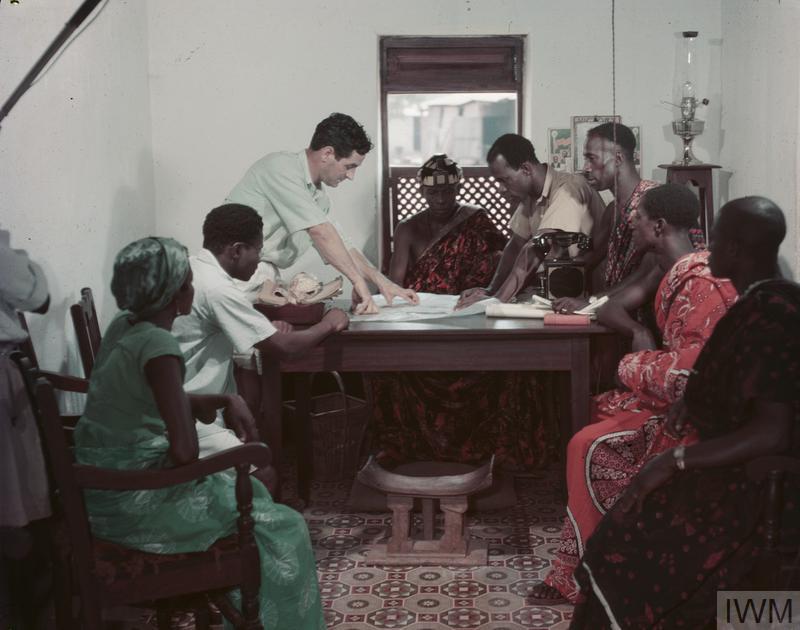 Posted at 11:59h in Blog, Featured by ROAPEadmin 0 Comments
4 Likes

Looking at the cocoa industry in Ghana, Erik Jorgensen and Yukari Kanamori demonstrate how power asymmetry in the private cocoa industry and reduced institutional capacity have added to dependency. The Ghanaian Cocoa industry is an example of the disproportionate appropriation of rents by foreign firms in the downstream segments of the value chain which has not only halted agricultural development, but actually eroded the position of cocoa farmers in the country.

By Erik Jorgensen and Yukari Kanamori

In the rush to highlight the role of global value chains (GVCs) in structurally transforming agriculture, and more broadly in economies across sub-Saharan Africa, we must not lose sight of where benefits are being accrued. Much as settler agriculture under colonialism simultaneously transformed agriculture while excluding local producer, GVCs that vertically integrate smallholder farmers as producers of the raw good without investing in routine upgrading are more exploitative than they are developmentalist in rural spaces. In this blogpost for roape.net we look at the case of Ghana to demonstrate how power asymmetry in the private cocoa industry and reduced institutional capacity have added to dependency, and how firms have sought to mitigate this type of imbalance by stimulating agricultural development alongside that of agro-industry.

Here, we use the term GVCs to describe any international process of value addition through which an agricultural product is grown, processed, and sold by a firm or multiple firms. We concentrate specifically on the outgrower model used in cocoa industry, wherein the lead firm does not grow the crop but purchases from farmers or farmers groups. We define rents as the profits generated from relative comparative advantage in the respective field of production.

While industrialisation relies on the perpetual reinvestment of rents into a firm or sector to increase productivity, agricultural development has historically relied on small income generation projects. These piecemeal projects have largely ignored the structural barriers that farmers face when looking to commercialise and—while they may generate surge in yields—rarely initiate a cycle of continued reinvestment and upgrading.

The Ghanaian Cocoa industry is a case in which the disproportionate appropriation of rents by foreign firms in the downstream segments of the value chain has not only halted agricultural development, but actually eroded the position of cocoa farmers in the country. The colonial government set up a marketing board in order to develop cocoa industry in the colony. As a government monopsony, it used the rents generated from selling cocoa in international markets for a number of functions: price stabilisation, research and development, extension services to farmers, and quality control—among others. The resulting spread of cocoa changed the very structure of agriculture in much of the southern half of Ghana, labour markets were created, and social mobility was amplified.

At the time of independence, unlike other African countries that suffered from fierce political and religious conflicts without having strong industrial foundations nor leadership, Ghana was in a relatively peculiar position. Although the country was underdeveloped, abundant foreign reserves from the colonial cocoa production and strong leadership of the country’s first Prime Minister and President Kwame Nkrumah enabled nation-wide aggressive industrialisation initiative. However, this did not necessarily develop with institutional reforms to effectively deprive the influence of clientelism, rather, it was to strengthen the nationalist ‘self-government’ of the independent government. As world cocoa prices fell in the 1960s, the government sought to diversify the economy. Import-substituting industrialisation was adopted as a central strategy, but a series of short-term governments and the persistence of clientelism limited the extent to which the government was able to address the firms’ competitivity, capacity improvement, and the overvalued exchange rate. Furthermore, the outbreak of oil shocks in the 1970s severely exacerbated the already severe fiscal deficit. By the early 1980s increased debt and inflation prompted the government to turn to the World Bank’s Structural Adjustment Programmes. The urgency to restore the economy and one-size-fits-all prescription of structural adjustment led to the immediate and substantial rollback of many of the marketing board key services. Multinational corporations filled in many of the roles formerly undertaken by the marketing boards, such as quality control, yet unlike public institutions they had less incentives to invest back into agriculture or industry. Research institutions’ reduced funding and shifting priorities caused yields to stagnate as they cut extension services and devoted an increasing share of funding to research and development of novel products rather than to improving agronomic performance.

The increased involvement of multinationals has not offset the state’s reduced re-investment into production but, instead, have devoted their research and development primarily to improving profitability in downstream segments of the value chain. Compounding the effect of reduced quality control services, novel grinding technologies developed by multinationals reduce the significance of bean quality and further erode the farmers’ ability to demand a quality premium. While these firms are industrialising and becoming increasingly efficient, the fact that most processing still takes place in developed countries or in Ghana’s export free zone inhibits the government’s ability to capture rents to reinvest in production. While the United Nations Industrial Development Organisation hosted the first ever ‘World Free and Special Economic Zones Summit’ in 2017, Ghana established its first EFZ in 1995 under President Rawlings. The stated intention of these zones was to increase foreign direct investment and expand the space of manufacturing in Ghanaian exports, this was accomplished through tax concessions and reduced emphasis on domestic involvement by allowing 100%-foreign-owned firms to operate with equal rights as domestic firms. While recent efforts have undoubtedly increased the prevalence of downstream cocoa processing within Ghanaian borders, nevertheless much of the benefits have been accrued by foreign firms at the expense of the domestic smallholder farmer.

Currently, Tree Global, a private organisation producing high-quality cocoa seedlings, is attempting to fill some of the agronomic research and development gap that has developed since the early 1980s. Using the most advanced genetics and production techniques, Tree Global markets high-quality seedlings to Ghanaian cocoa farmers. These seedlings are of a higher quality than those distributed by the government and produce pods more rapidly, providing such a favourable performance that smallholders have been willing to pay for seedlings in place of planting free lower-quality ones. While this boost in productivity does not guarantee a cyclical reinvestment into production for continued development, it does highlight the role that private, for-profit, organisations can have in promoting agricultural development. If the rents generated by this increase in productivity are captured and reinvested in further research and development, producers may be able to initiate a domestic cycle of rent investment that complements the advancements being made internationally by multinationals. Circumventing the reliance on rents from international chocolate processors and retailers has the potential to increase the competitivity and bargaining position of the producer.

While GVCs for cocoa have opened significant opportunities for agricultural development, the experience of Ghanaian cocoa industry emphasises the importance of the scale and destination of rent redistribution. For a process of continual agricultural development to coincide with the industrial development taking place in global agro-industrial value chains, investment in primary producers must be made at an extent capable of upgrading the systems of production. Where private industry fails to make this investment and the state is incapable of capturing rents to redirect to farmers due to the use of Export Free Zones, there must be a search for alternative markets for farmers and more localised cycles of rent production and reinvestment. New methods of value addition—such as adoption of traceability protocols, the establishment of single origin marketing, or enrolment in quality assurance schemes such as Fairtrade—and emphasis on developing novel products, like non-melting chocolate, for regional markets have potential for expanding bargaining power for Ghanaian farmers. This support to the farmer could be the difference between agricultural development and a race to the bottom in agricultural value chains.

This blog post is part of a series composed by Masters candidates on the African Development course at the London School of Economics and Political Science. They represent the views of an emerging body of critical young voices interested in radical structural transformation and growth in African economies. The series is featured in roape.net, Africa is a Country, Africa@LSE and ID@LSE blogs.

Erik Jorgensen completed a Masters in African Development at the London School of Economics. His research interests include vocational agricultural education and entrepreneurship, agricultural extension, and value chain integration for smallholder farmers.

Yukari Kanamori researches state and business relations, inclusive business, and business and human rights. She recently completed a Masters in Development Management at the London School of Economics.

Featured Photograph: The Chief of Osino and his elders receive a report from a British colonial agriculture officer concerning an outbreak of swollen shoot disease which was endangering the local cocoa crop in the Gold Coast during the early 1950s.